Those who eat more healthy plant-based foods have a lower risk of heart disease than those who eat more red meat and other animal foods.[1]  Veggie “meats,” such as veggie burgers, are gaining popularity as many consumers try to eat less meat by swapping the traditional beef burger for a veggie burger.  Veggie burgers are generally lower in saturated fat and higher in fiber than beef.  Despite these advantages, many packaged veggie burgers have disproportionally higher sodium contents.  Consumers can choose from a wide range of veggie burgers that vary greatly in taste and ingredients.  In this analysis, we found that the sodium levels of plant-based burgers ranged from 200 milligrams (mg) to 700 mg per 100 gram (g) serving. 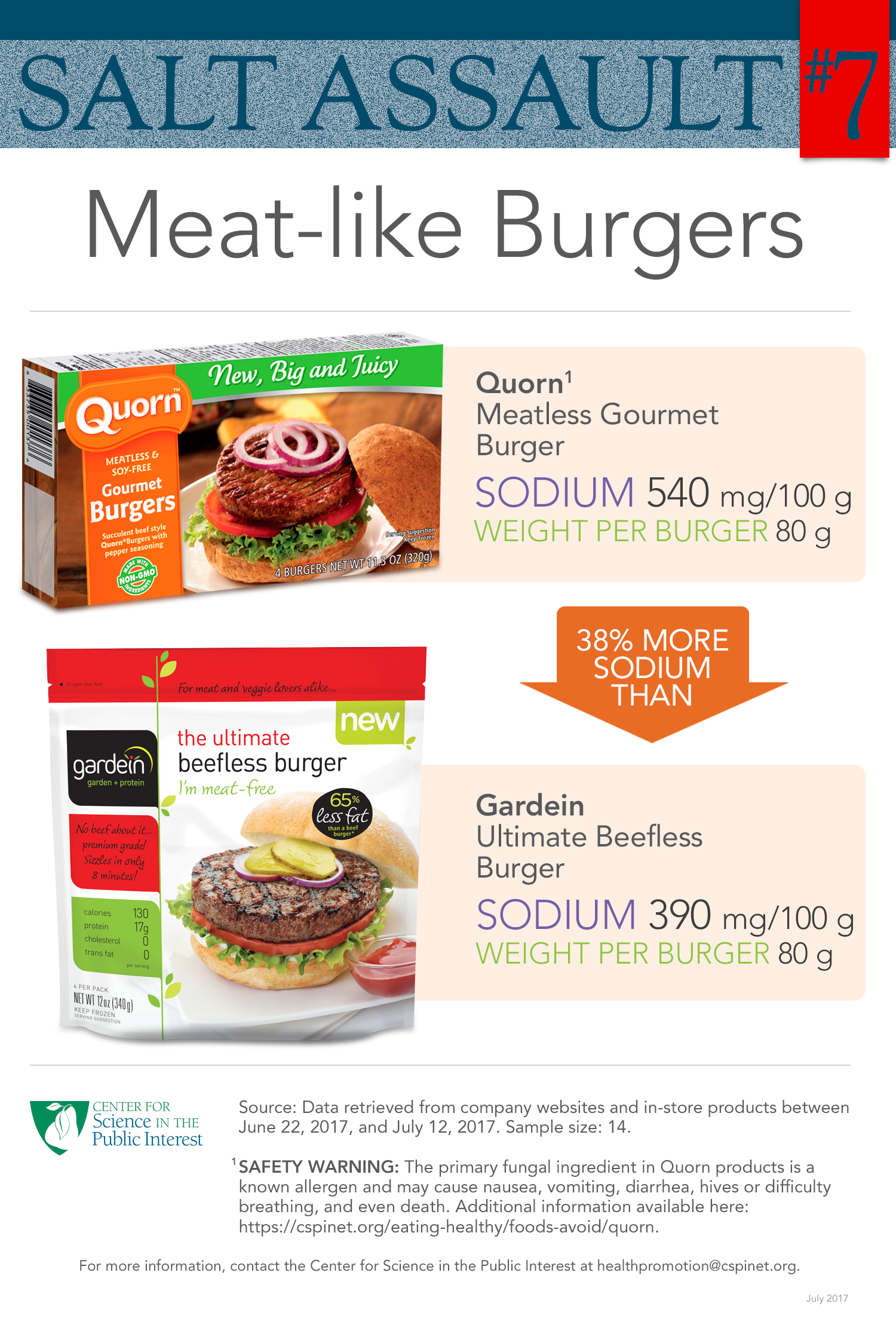 These reports compare different brands of both meat-like and non-meat-like veggie burgers.  We compared the amount of sodium measured in mg per 100 g (to adjust for different serving sizes) using data obtained from food labels or company websites.  Out of 53 veggie burger products, the typical sodium level per 100 g was 420 mg.  There was considerable variation in sodium levels among burgers, with levels ranging from approximately 2% more to 250% more sodium than the lowest-sodium burgers.  Among the meat-like burgers, the Gardein Ultimate Beefless Burger had the lowest sodium content with 390 mg of sodium per 100 g, while 100 g of the Quorn Meatless Gourmet Burger had 38% more sodium.  For non-meat-like veggie burgers (featuring vegetables, mushrooms, grains, legumes, etc.), Sunshine Burgers Falafel had 200 mg of sodium per 100 g, while Amy’s California Veggie Burger had three-and-a-half times more sodium (700 mg per 100 g). 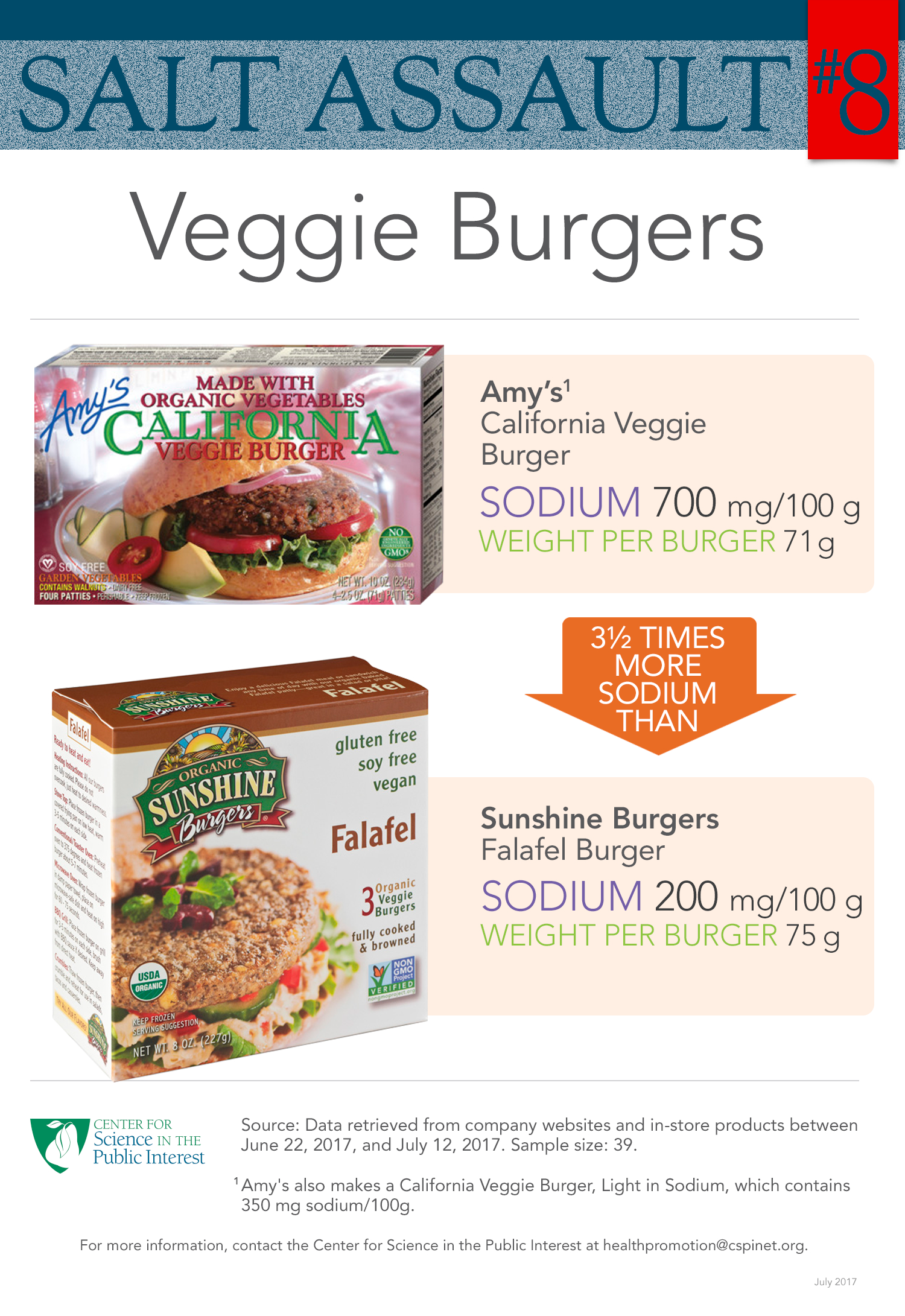 The wide variation in sodium levels among different plant-based burgers demonstrates that most companies are able to lower the sodium contents of their products.  For example, Gardenburger The Original Veggie Burger, Lightlife Garden Veggie Tempeh Burger, and Amy’s California Veggie Burger have 690 mg of sodium or more per 100 g.  Yet, products like Dr. Praeger’s California Veggie Burger or Sunshine Burgers Garden Herb have less than half as much sodium, showing that companies should be able to reduce sodium.  In fact, Amy’s Light in Sodium California Veggie Burger has only 350 mg per 100 g, roughly half as much as its regular California Veggie burger.  Lowering sodium is one of the key dietary changes recommended by the Dietary Guidelines for Americans, so it is essential for FDA to finalize its voluntary sodium-reduction guidance to industry.  In the meantime, consumers who opt for plant-based burgers for their health should read labels carefully and choose the lower-sodium options.