Founded in 1971, the Center for Science in the Public Interest is perhaps the oldest independent, science-based consumer advocacy organization with an impressive record of accomplishments and a clear and ambitious agenda for improving the food system to support healthy eating.

During the COVID-19 pandemic, CSPI is maintaining an evidence hub for vaccines, treatments, and tests, and is working to stop the spread of disease by advocating for worker safety. To alleviate hunger and stimulate the economy CSPI is urging Congress to increase access to, and benefits from, the Supplemental Nutrition Assistance Program, or SNAP. And, CSPI is policing the marketplace and urging regulators to crack down on supplement manufacturers and others who would try to exploit the pandemic for profit.

CSPI’s funding comes from the hundreds of thousands of subscribers to its award-winning Nutrition Action Healthletter— which has never accepted advertising— and from foundations and individual donors who support policies that protect the environment and public health. CSPI takes no corporate or government donations. 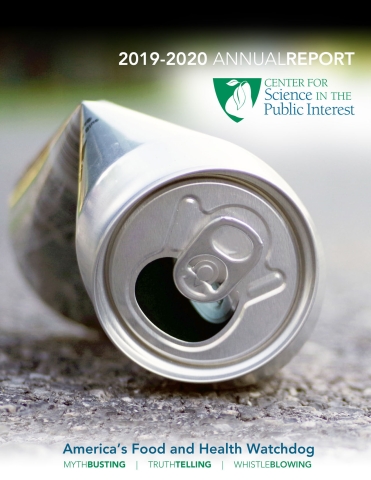 As one of the nation’s top consumer advocates, CSPI will continue to fight for government policies and corporate practices that promote healthy diets, prevent deceptive marketing practices, and ensure that science is used to promote the public good. If you’d like to get involved in CSPI’s efforts, please subscribe to our Nutrition Action Healthletter, sign up for free Nutrition Action Healthy Tips, become a member of our Action Network, or donate today.

Founded by then-executive director Michael Jacobson, Ph.D., and two other scientists, CSPI carved out a niche as the organized voice of the American public on nutrition, food safety, health and other issues during a boom of consumer and environmental protection awareness in the early 1970s. CSPI has long sought to educate the public, advocate government policies that are consistent with scientific evidence on health, and counter industry’s powerful influence on public opinion and public policies.

Over the years, CSPI has grown along with its reputation as an influential and independent science-based organization. When he was Commissioner of the Food and Drug Administration, David Kessler credited CSPI with "one of the greatest public health advances of the century" by promoting the importance of the link between diet and health to the government, industry, and the public. In 2007, the FDA Commissioner awarded CSPI the agency’s highest honor, the Harvey W. Wiley Special Citation.

CSPI led the efforts to win passage of laws that: