WASHINGTON—Tucked neatly inside the health reform legislation headed to the Oval Office for a presidential signature is language that will require calorie labeling on chain restaurant menus, menu boards, and drive-through displays, as well as on vending machines. The legislation applies to chains with 20 or more outlets, and requires them to provide additional nutrition information on request.

Similar measures are already in effect or are awaiting implementation in California, Maine, Massachusetts, New Jersey, Oregon, New York City, Philadelphia, and a dozen other localities. The federal standard will supersede the varied state and local requirements. 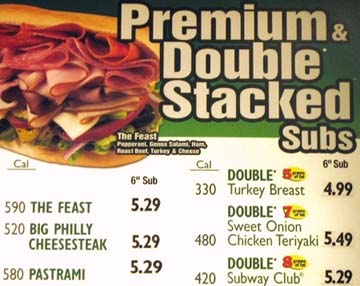 "Coffee drinks can range from 20 calories to 800 calories, and burgers can range from 250 calories to well over 1,000 calories," said CSPI nutrition policy director Margo G. Wootan. "With the health reform legislation passed today, Congress is giving Americans easy access to the most critical piece of nutrition information they need when eating out. While it’s a huge victory for consumers, it’s just one of dozens of things we will need to do to reduce rates of obesity and diet-related disease in this country."

CSPI began pressing for nutrition labeling at chain restaurants in 2003. In past sessions of Congress, stand-alone menu labeling bills were introduced by Senator Tom Harkin (D-IA) and Representative Rosa DeLauro (D-CT). New York City became the first jurisdiction to enact menu labeling, via regulations issued by the city’s Board of Health, in 2006. Governor Arnold Schwarzenegger signed California’s menu labeling law in 2008, after vetoing a similar measure the year before. The National Restaurant Association dropped its longstanding objection to menu labeling last year, and actually supported the language passed by Congress today.

"The historic legislation that President Barack Obama will sign will do so much to give more Americans access to health care, but it also does much to help prevent disease in the first place," Wootan said. "Menu labeling at restaurants will help make First Lady Michelle Obama’s mission to reduce childhood obesity just a little bit easier."

The bill exempts small businesses, and does not apply to daily or temporary specials and customized orders. It requires the U.S. Food and Drug Administration to propose specific regulations not later than one year from now. Those regulations will be finalized through a formal rulemaking process, and the FDA must make quarterly reports on its progress to Congress.