“Americans lose about 112,000 years of healthy life each year because of foodborne illnesses,” says epidemiologist Elaine Scallan, of the University of Colorado School of Public Health.

That’s what she and researchers at the Centers for Disease Control and Prevention concluded when they converted illness, disability, and premature deaths into lost years of healthy life.1

Two pathogens take the most healthy years from Americans’ lives

Among all the microorganisms that can cause food poisoning, two stood out: Salmonella and the parasite Toxoplasma gondii. Together, they’re responsible for more than half of those lost years, but for different reasons.

With Salmonella, it’s the sheer number of victims and the long-term complications some suffer. Most of the recent multi-state outbreaks of food poisoning—from papaya, sprouts, and cucumbers, for example—were caused by Salmonella, which can turn up in almost any food.

Toxoplasma, on the other hand, steals so many years because it often strikes people younger than 65.

The toxoplasma parasite, which lives in the muscles of animals, infects more than 60 million Americans, says the CDC. Most people don’t get sick because their healthy immune system keeps it at bay.

In people with weakened immune systems, a severe infection can cause brain damage, blindness, or worse.

“Consumers can become infected with the parasite by eating undercooked, contaminated meat such as lamb and venison,” the CDC’s Brittany Behm explains. (Beef and pork are no longer likely culprits.)

“People can also get sick by eating food that was cross-contaminated with raw meat, or by not washing their hands thoroughly after handling raw meat,” adds Behm. 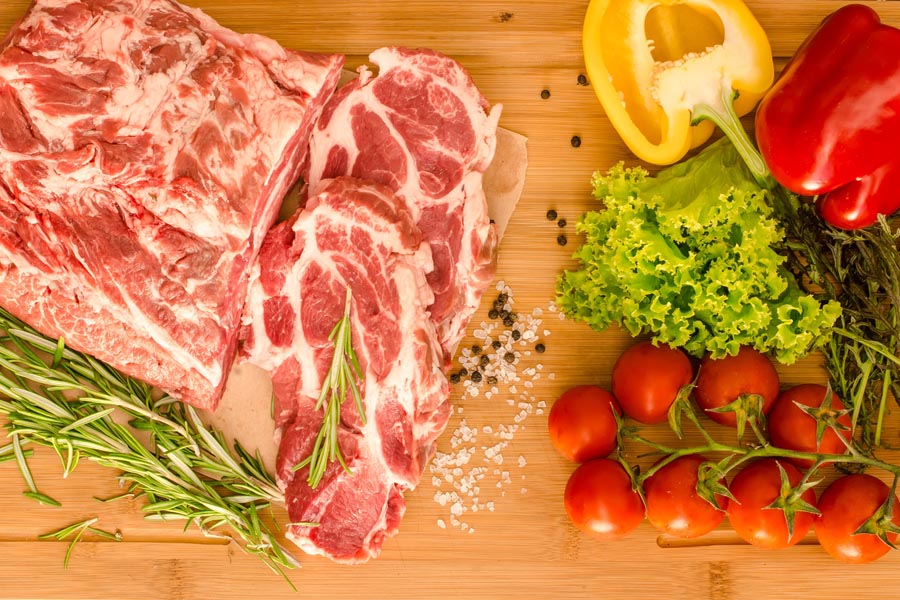 Another source of Toxoplasma: cats that shed the parasite’s eggs in their feces.

The CDC advises pregnant women to avoid changing cat litter to lower the risk of eye or brain damage in their babies. “If no one else can perform the task, wear disposable gloves and wash your hands with soap and water afterwards,” the CDC recommends.

“And everyone should wear gloves when handling soil in gardens where cats are around,” says Jitender Dubey, of the U.S. Department of Agriculture’s Animal Parasitic Diseases Laboratory.

The misery of a foodborne illness may not end when the vomiting or diarrhea stops. For some people, that’s just the start of years of suffering.

Mari Tardiff, for example, may never walk again, thanks to a 2008 bout with Guillain-Barré Syndrome that struck after she drank raw milk contaminated with Campylobacter.

“It’s Russian roulette,” the Californian told the Washington Post in 2014. “I lost my career as a public health nurse. I lost relationships...I’ve lost my identity.”

Every year, more than 200,000 Americans develop long-term ailments from a bout of food poisoning, Elaine Scallan and her CDC colleagues estimated.1

About 164,000 wind up with irritable bowel syndrome (IBS), a mix of abdominal pain, bloating, cramping, gas, diarrhea, and constipation that’s difficult to treat.

Another estimated 33,000 end up with reactive arthritis after food poisoning with Salmonella or Campylobacter. Reactive arthritis is pain and swelling in the knees, ankles, or feet that’s triggered by an infection somewhere else in the body.2

“If you know anyone with IBS or reactive arthritis, you know that it can really affect their quality of life and limit their day-to-day activities,” says Barbara Kowalcyk, an assistant professor of food science at Ohio State.

Then there’s the havoc caused by E. coli O157:H7, the “hamburger bug” that killed four young children and sickened more than 700 people—most of them under age 10—in 1993.

Most had eaten undercooked burgers at Jack in the Box restaurants or became infected by someone who had.

“If the toxin released by this bacterium gets into the bloodstream, it can attack one or more organs,” says Kowalcyk.

“If it primarily hits your kidney, that can cause hemolytic uremic syndrome, or HUS, which can lead to chronic kidney disease, high blood pressure, or kidney failure.”

If the toxin travels to the brain, it can cause neurological damage.2“I know a young girl who gets seizures because of it,” Kowalcyk notes.

The toxin can also damage the gut. “Another family I know has a child who survived HUS, but she had to have most of her colon removed,” says Kowalcyk. “She’ll probably have a colostomy bag for the rest of her life, and she’s only 16.”

The young, the old, the immune-compromised, and pregnant or postpartum women are most vulnerable, she adds.

“We can’t predict exactly who is going to develop a long-term illness from food poisoning,” says Scallan. “But vulnerable populations and those with more severe illness are at higher risk.”

Get the info you need