Americans love their pizza.  Approximately one out of eight consume it on any given day.  Pizza is also the second leading contributor of sodium in the U.S. diet, just behind bread.  In fact, among Americans who eat pizza on a given day, the U.S. Department of Agriculture found that the pizza contributes about one-third of their sodium intake for that day.

For this analysis of store-bought frozen pizza, we ranked the sodium content of cheese and pepperoni pizzas made by leading companies in the United States, including: DiGiorno, Red Baron, Totino’s Party Pizza, Tombstone, Jack’s, Freschetta, and California Pizza Kitchen.  After collecting nutrition information from company websites and product packages, we standardized sodium content, using milligrams of sodium per 100 grams (g), for comparison. 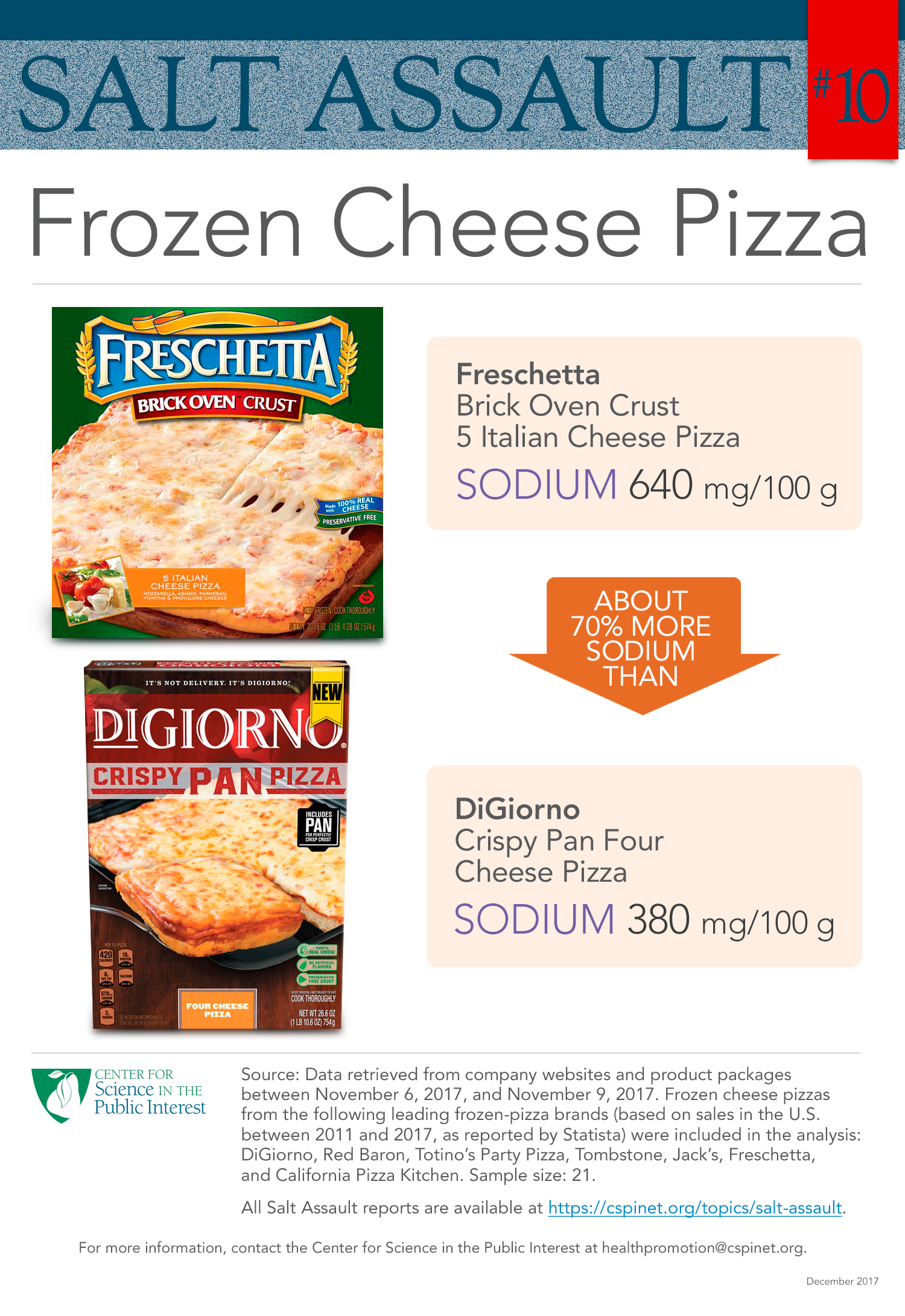 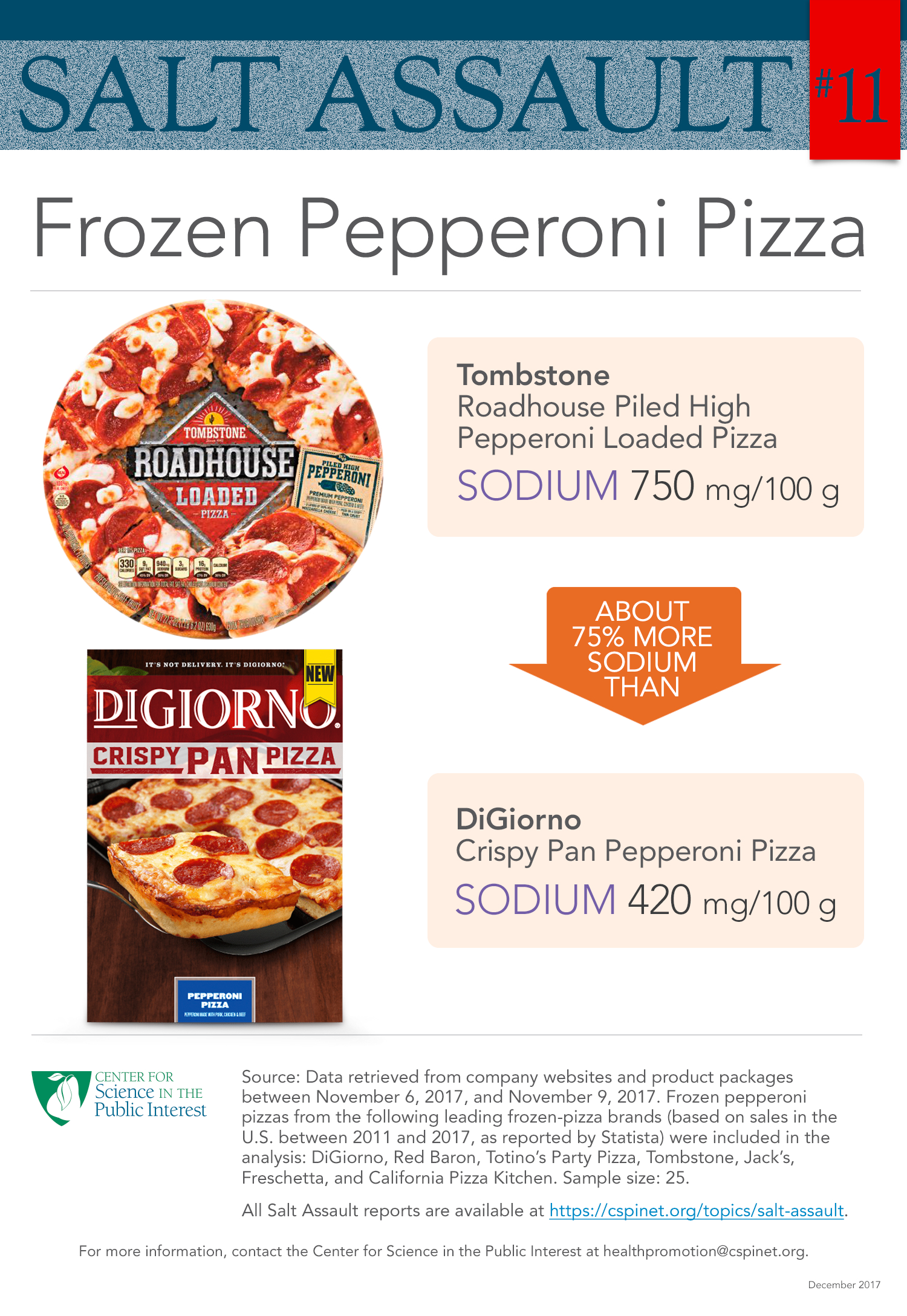 The wide sodium variations found in this analysis demonstrate that many companies could lower the sodium content of their products while still dishing out the classic flavors consumers want.  Researchers have estimated that lowering sodium in the American diet could prevent as many as 100,000 deaths every year.  While Congress has prohibited the FDA from taking further action on long-term sodium reduction, the FDA should at least finalize its short-term voluntary sodium-reduction guidance for industry.  Until then, consumers should check labels carefully for sodium content when strolling down the frozen-pizza aisle, substitute a salad for those extra slices of pizza, and choose pizzas with potassium-rich veggies that can help balance the effects of salty pizza on blood pressure.