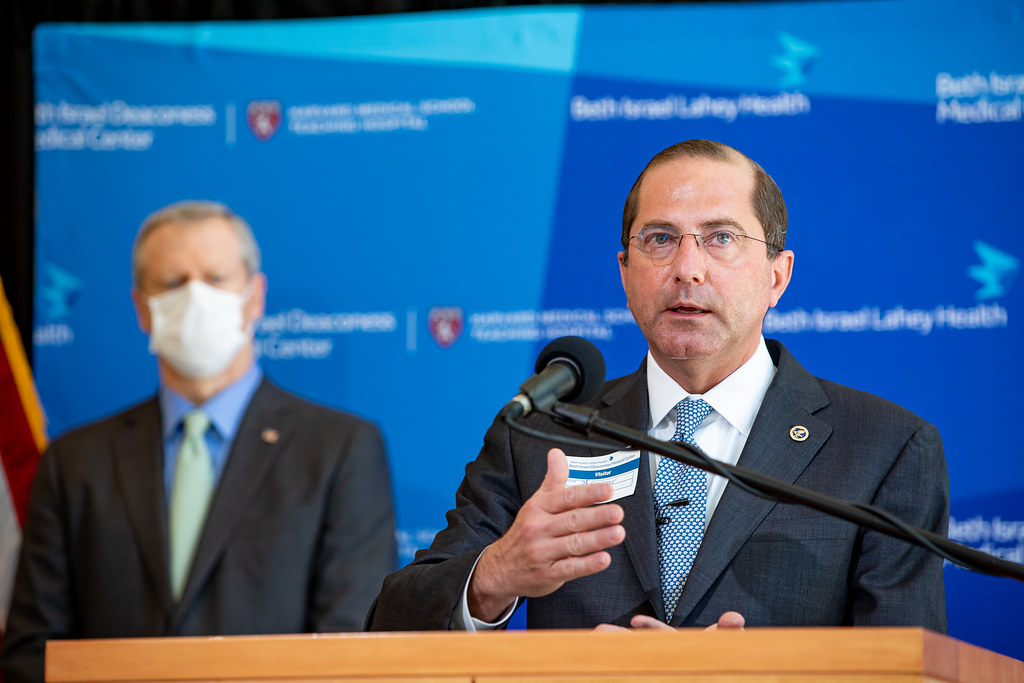 Every tragedy has its noteworthy themes, even if they can sometimes be difficult to discern in the chaos that is the administration’s maladroit response to the COVID-19 pandemic.  But, once in a while, the administration’s capricious actions seem to coalesce into a single resounding leitmotif. And in the last couple of weeks, that sound and fury you’ve heard emanating from Washington has been the clarion call of hostility to federal health agencies.

This should surprise no one, as President Trump has been voicing antipathy to regulations ever since he descended the golden staircase. “We’re going to get rid of the regulations that are just destroying us,” he declared on the campaign trail, “You can’t breathe. You cannot breathe.” (Perhaps he was referring to the various emissions standards he went on to gut.)

But the last couple of weeks have cast into full view his administration’s malice toward the federal agencies charged with protecting our health and safety, and even toward the committed individuals who staff those agencies. We’ll confine ourselves here to the Department of Health and Human Services (HHS) and its constituent agencies, the Centers for Disease Control and Prevention (CDC), the National Institutes of Health (NIH), and the Food and Drug Administration (FDA).

The CDC has long been regarded as possibly the premier disease tracking and response agency in the world. With the viral testing fiasco of the early pandemic now receding in the rear-view mirror of a pandemic that offers new plot twists daily, the agency has set about restoring its tattered credibility. But it’s getting no help from Washington. (Or from its hapless Director, Robert Redfield, who often seems congenitally incapable of defending its scientists or, for that matter, science in general.)

Back in August, CDC suddenly published a guideline that seemed to run contrary to the agency’s own advice, to say nothing of common sense. Despite estimates that about 40% of infections emanate from asymptomatic carriers, the agency announced that people with known exposure to SARS-CoV-2 but who were still asymptomatic “do not necessarily need a test.” (The agency had previously stated unequivocally that, “testing is recommended for all close contacts.”) Howls of protest from reputable scientists and the Infectious Diseases Society of America ensued, to say nothing of a New York Times report documenting how the guideline had been commandeered by HHS and the White House Coronavirus Task Force and “dropped in” to the CDC website. The administration was forced to jettison the new language in an embarrassing retreat.

But the HHS was not yet done with CDC. As it turns out, for months the communications chief at HHS, Michael Caputo, an acolyte of convicted felon Roger Stone with a previous stint burnishing the public image of one Vladimir Putin (good luck with that!), had combined forces with Paul Alexander, a formerly obscure physician at McMaster University in Canada, to attack perhaps the most sacrosanct edifice at CDC: the innocuous-sounding Morbidity and Morbidity Weekly Report, which the agency uses to publish disease tracking reports and other studies. It’s a publication known for its rigor and restraint. I know, because I’ve made it through the scrupulous peer review process there.

Apparently the dynamic duo of Caputo, who has no scientific background, and Alexander knew better. They began insisting on critical line edits to downplay the virus’s threat to Trumpian levels and even sought delays in publication for an article about the President’s ineffective pet drug hydroxychloroquine. Alexander smelled a rat: “CDC to me appears to be writing hit pieces on the administration,” he claimed ominously. Caputo indicated that he believed there were “ulterior deep state motives in the bowels of CDC.” Separately, Alexander said of the most senior non-political appointee at CDC, the highly respected Anne Schuchat, “Her aim is to embarrass the president,” accusing her of being “duplicitous.”

A few days later, Caputo took this line of thinking a step further. In a 26-minute video posted on his Facebook page, he asserted that C.D.C. scientists “haven’t gotten out of their sweatpants except for meetings at coffee shops” in which they plot “how they’re going to attack Donald Trump next.” It actually got worse from there.  He further accused CDC scientists of “sedition” and suggested that Joe Biden wouldn’t concede if he lost the election (wait, Joe Biden is threatening this?). He went on to predict that, “And when Donald Trump refuses to stand down at the inauguration, the shooting will begin.” And, if possible, more worrying still: “I don’t like being alone in Washington,” he said, going on to describe “shadows on the ceiling in my apartment, there alone, shadows are so long.”

Within a few days Caputo was taking a leave of absence for a “lymphatic issue”, McMaster was furiously trying to distance itself from Alexander, and Alexander himself had left the department, perhaps to endure a  Canadian quarantine reflecting the disparity in COVID-19 rates between his home country and the US the administration had failed to prevent.

Compared to this, the NIH has gotten off lightly. Sure, it’s been widely reported that the administration was frustrated with the NIH after it insisted there was insufficient evidence of the effectiveness of convalescent plasma for FDA to issue an Emergency Use Authorization (EUA). And, yes, the administration has been all-too-effective in keeping Anthony Fauci from the news cameras. But who would have thought that criticism of the agency would actually emanate from within the agency itself?

Turns out that William Crews, a public affairs specialist at the NIH’s National Institute of Allergy and Infectious Diseases, had a side gig moonlighting as the managing editor of the conservative news website RedState. There he assailed his boss, the aforementioned Anthony Fauci, as a “mask nazi” and declared that, “If there were justice, we’d send and [sic] few dozen of these fascists to the gallows and gibbet their tarred bodies in chains until they fall apart.” You can’t make this stuff up. If nothing else, this little escapade puts a hefty dent in the claim that the so-called “deep state” is all blue.

Further down the Beltway, the FDA was also the focus of administration ire. Reporting by Politico revealed that the wholesale deregulation of so-called laboratory-developed tests (send-out tests, including those related to the pandemic) that we discussed in a prior blog, was unilaterally imposed on FDA by HHS following a screaming match in which FDA Commissioner Stephen Hahn insisted FDA still had jurisdiction over such tests. HHS Secretary Azar did this even though FDA had data – published a few days later in the esteemed New England Journal of Medicine – showing that 82 of 125 EUA requests for COVID-19 LDTs suffered from design or validation problems.

Then, later in the week, there came a further curious development. HHS issued a 66-word memo proclaiming that henceforth all FDA regulations would be signed by Secretary Azar himself, a move I told the New York Times was a “power grab.” Viewed in a narrow perspective, it’s not clear what the memo accomplishes, other than adding a layer of inefficiency to the process. (I know, because, when I was at FDA, I was the kind of “inferior officer” who typically signs these regulations.) And it is inconceivable that any significant regulatory decision would not be run up the bureaucratic chain anyway. Moreover, the action had no clear relationship to the pandemic, as product approvals, the focus of much recent attention, are not regulatory actions (they belong to a lesser form of government actions sometimes called an administrative order). But the overall intent seemed clear. On the one hand, FDA was on notice that HHS was watching it. On the other, the order served as yet another declaration of cabinet member fealty to the President.

Moreover, the President kept linking vaccine approval to a hitherto unrecognized yardstick for product review: the upcoming election. And then he declared that he, not the FDA, holds the final authority for vaccine approval. That’s not quite right: product approval is the province of the HHS Secretary (a Presidential appointee, of course), who has delegated that authority to the FDA Commissioner, and HHS Secretaries almost never get involved in product approvals. (One of perhaps two exceptions was Plan B in 2011). But after Azar’s shenanigans with delegated power and his general desire to keep in the President’s good graces, can we rely on him to protect the scientific integrity of the approval process?

Let’s be clear. This is not some inside-the-Beltway intrigue of interest only to the cognoscenti. Rather, it is just the latest installment in our deepening national tragedy – one in which the agencies with relevant expertise to manage a pandemic were sidelined by an incompetent administration, leading to a death toll that is still higher than in any other country.

Topic:
Beyond the Curve COVID-19 FDA CDC Integrity In Science