“Fish-oil drugs protect heart health, two studies say,” declared the Washington Post in November. “Vitamin D and fish oils are ineffective for preventing cancer and heart disease,” announced the New York Times the same day. Both were reporting on the VITAL trial. Why such different headlines? It’s complicated. Here’s what the lead investigator told us.

JoAnn E. Manson is a physician and professor of medicine at Harvard Medical School, professor of epidemiology at the Harvard T.H. Chan School of Public Health, and Chief of the Division of Preventive Medicine at Brigham and Women’s Hospital. She co-leads the VITamin D and OmegA-3 TriaL (VITAL) and the COcoa Supplement and Multivitamin Outcomes Study (COSMOS). Manson, who serves on Nutrition Action’s Science Advisory Board, spoke to NAH’s Bonnie Liebman.

Q:Why was the VITAL trial done?

A: Previous trials of the omega-3 fats in fish oil—EPA and DHA—were largely in high-risk populations. Most included people with heart disease or stroke or with specific risk factors such as diabetes or high cholesterol levels.

VITAL is the first large-scale randomized trial of omega-3s in a usual-risk population. We enrolled nearly 26,000 healthy men and women and gave them either 1 gram of fish oil, 2,000 International Units of vitamin D, both, or two placebos every day for an average of 5.3 years.1-3

Q:What evidence on omega-3s led you to do the trial?

A: Observational research has suggested that eating fish is linked to a lower risk of heart disease and stroke. And other studies have suggested that omega-3s may decrease inflammation, blood clotting, and triglycerides and decrease the risk of irregular heart rhythms. Early randomized trials in high-risk patients had also been promising.

A: We did not find a statistically significant reduction in the study’s primary cardiovascular endpoint—a composite of heart attack, stroke, and death from cardiovascular causes—in people who were given omega-3s.

But when we looked at those events separately—as we had originally specified as a goal of the trial—we saw a significant 28 percent reduction in heart attacks, and no reduction in stroke or cardiovascular deaths.

But because VITAL’s primary endpoint combined the three, the effect on heart attacks was diluted out.

Q:Some media reports simply said that omega-3s have no benefit.

A: That’s because journals often require that the conclusion include results for only the primary endpoint. And we have to be cautious about the result on heart attacks, because it was a secondary endpoint.

Q:But you can’t ignore those results?

A: Right. And our other findings add to the biological plausibility that omega-3s have benefits for heart health.

For example, among those who entered the trial eating less fish than the average, which was 1½ servings per week, participants who received omega-3s had a statistically significant 19 percent lower risk of major cardiovascular events—the primary endpoint—than those who received the placebo. In contrast, omega-3s had no impact on major cardiovascular events in those who entered the trial with higher fish consumption. 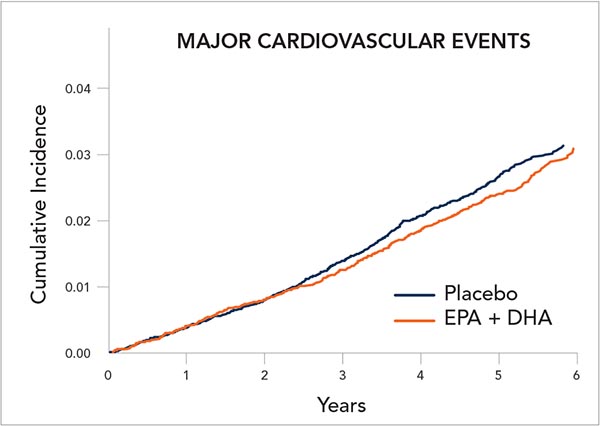 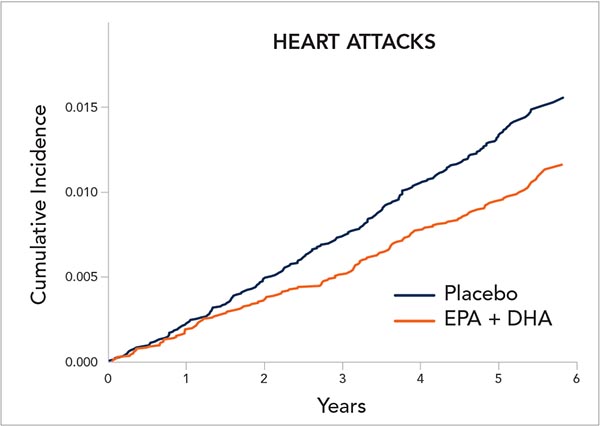 Q:You wouldn’t expect omega-3s to help in people who get enough?

A: Right, given that they may already have sufficient intake of the marine omega-3s. Another intriguing finding was that African-Americans who received the omega-3s had a large, 77 percent reduction in heart attacks compared to those who received the placebo.

VITAL, which had 5,100 African-Americans, is one of the few large-scale randomized trials with a racially diverse study population.

But with both African-Americans and people with a low fish intake, we have to interpret the results cautiously because these are subgroup analyses.

Q:What could explain the results in African-Americans?

Q: Would you advise African-Americans to start taking omega-3s?

A: We’re not ready to say that. But we are saying that those who appeared to have the greatest reduction in heart attacks—African-Americans and people with low fish consumption—may want to talk with their healthcare provider about whether to take a fish oil supplement. People have been told for decades to have two or more servings of fish per week, and many people are just not doing it. If people are allergic to fish or are vegetarians, they can take algae-based omega-3 supplements.

Q:Did you see any adverse effects?

So the omega-3s seemed to have a good safety profile over the five years of treatment. Although more research is needed, it’s likely that the benefits will outweigh the risks for someone with low fish consumption.

[Click here to see a chart of omega-3 levels in common types of seafood.]

Q:Why didn’t omega-3s help in recent trials on people at high risk because of diabetes or high LDL cholesterol?

A: People with these conditions are often taking multiple medications—aspirin, statins, beta-blockers, and ACE inhibitors—that lower their risk, which could make it difficult to see the benefit of omega-3s. But with VITAL, we’re talking about a usual-risk population. So it’s different.

A: We used 1 gram—or 1,000 milligrams—a day of a very high quality FDA-approved medication called Omacor, which is known as Lovaza in the United States. We did extensive quality control tests, so we knew that the nutrient content was very stable over its shelf life and that there was no peroxidation or contamination.

If you use an over-the-counter fish oil supplement, look for one that has the USP or NSF seal or another indication of quality control. [See “Finding Fish Oil,” below.]

A: Observational studies had suggested that a low blood level of vitamin D is linked to an increased risk of cancer, cardiovascular disease, type 2 diabetes, and several other chronic diseases.

Also, some laboratory and clinical evidence had suggested that vitamin D may decrease inflammation and improve immune and cardiac function.

A: At 2,000 IU a day, we saw no reduction in cardiovascular events. Even in people who entered the trial with a low blood level of vitamin D—below 20 nanograms per milliliter—we did not see a signal for cardiovascular benefit.

Q:Why might vitamin D lower the risk of cancer deaths but not new cancers?

A: If vitamin D makes tumors less invasive, less aggressive, and less likely to metastasize, you might see a reduction in cancer deaths over five years.

When earlier trials were pooled, they suggested a reduction in cancer deaths but not new cancer cases. So that’s quite interesting.

Q:Is five years too short to know if something keeps cancer from starting?

A: Yes. If you’re looking at the initiation of cancer, you would need to treat people for 15 or 20 years or even longer.

So it’s virtually impossible to do a randomized trial testing an intervention that operates early in cancer initiation. But that isn’t where the research suggested a benefit for vitamin D.

A: Yes. We thought that we might be able to see an effect of vitamin D on cancer because previous research suggested that it worked at these later stages—proliferation of the tumor, invasiveness of the tumor. And VITAL did see those signals, but it wasn’t a conclusive finding.

We’re planning two more years of follow-up to see if the effect strengthens or if it weakens over time. And we hope to follow the participants for another four or five years after that.

Q:What can you say to people who were hoping for more definitive answers?

A: We need to accept that trial findings are sometimes complex and nuanced. Even though VITAL was a very large randomized trial in people at usual risk for cardiovascular disease and cancer, it’s still one trial, and its findings need to be confirmed.

A: Eight to ten years from the time you apply for funding until the results are reported. So it’s reasonable to ask what to do until then.

We encourage people to eat fatty fish because it contains both omega-3s and vitamin D and replaces less-healthful foods. If you’re already taking vitamin D or omega-3s at doses similar to those used in VITAL, there’s no clear reason to stop.

The supplements appeared safe at these doses, and we have promising signals for a heart attack benefit with omega-3s and for a reduction in cancer deaths with vitamin D. But we do caution against megadosing with either supplement.

Q:What if you’re not taking omega-3s?

A: If you have low fish consumption or are African-American, talk with your healthcare provider about whether to take a supplement.

A: People who have bone health problems and those who are more likely to have low blood levels of vitamin D may want to have their vitamin D tested and talk with their healthcare provider about taking a supplement.

Q:What else will VITAL look at?

A: Over the next year, we hope to publish results on over a dozen additional outcomes, including diabetes, memory loss, bone fractures, falls, infections, asthma, depression, macular degeneration, and autoimmune conditions such as thyroid disease, rheumatoid arthritis, and lupus. 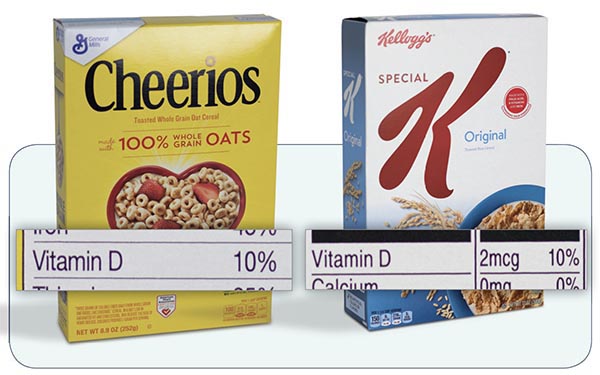 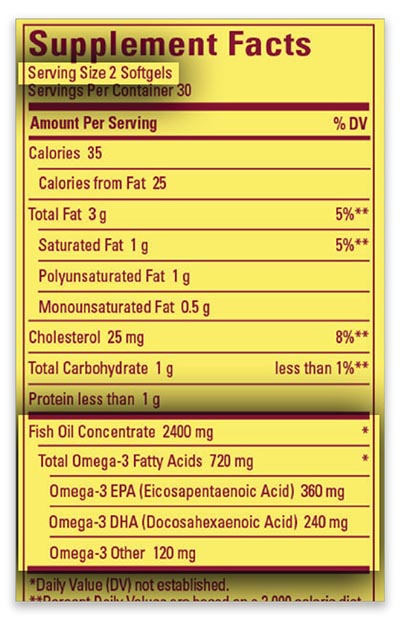 In November, researchers reported the results of the REDUCE-IT trial, which tested Vascepa, a drug made by Amarin Pharma, which funded the study.

The 8,179 participants were taking statins to lower their LDL (“bad”) cholesterol, but they still had high triglycerides (135 to 499).1 Each had cardiovascular disease or diabetes plus at least one other risk factor.

Vascepa takers had a higher risk (3 percent) of being hospitalized for atrial fibrillation or flutter (irregular heartbeat) than placebo takers (2 percent). One wrinkle: Some question whether the placebo—mineral oil—could have raised cardiovascular risks.

“An effect of the mineral oil remains a possibility, but my guess would be that it is largely if not wholly an effect of the high-dose EPA through mechanisms beyond merely lowering [triglycerides],” Rory Collins, a cardiovascular disease expert and professor of medicine and epidemiology at the University of Oxford, told Forbes. 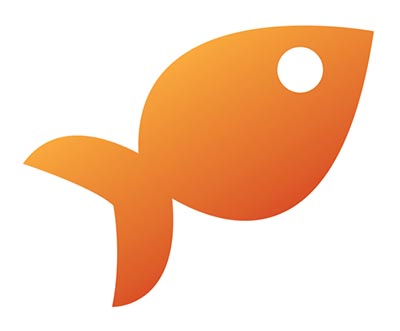 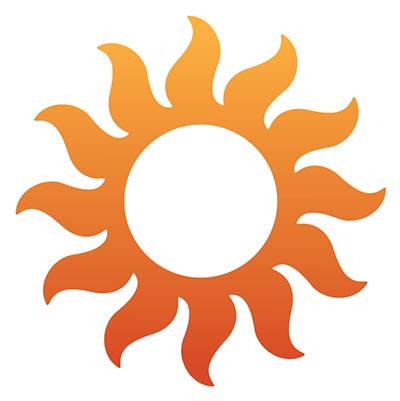