USDA Will Prohibit Misleading “No Nitrate” Claims, but Won’t Require Clear Disclosures When Nitrates are Used 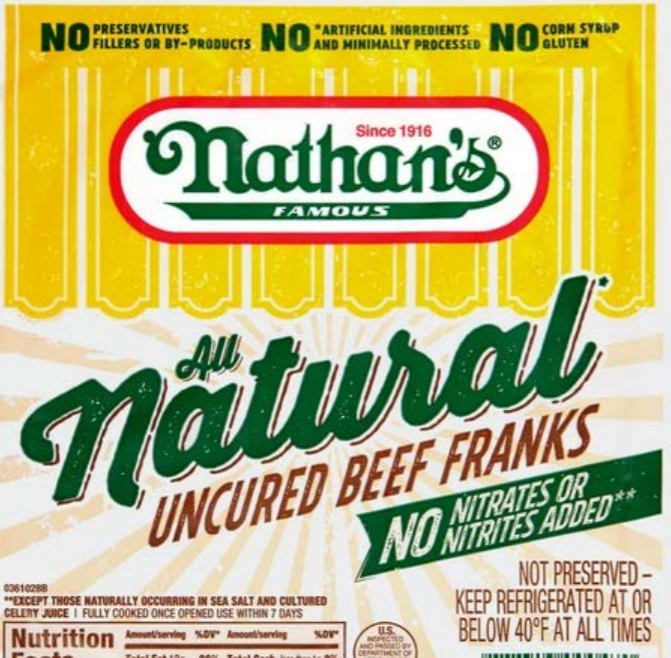 The U.S. Department of Agriculture said in a letter released yesterday that it will stop requiring the terms “Uncured” and “No Nitrate or Nitrite Added” on labels for meat processed with nitrates or nitrites from non-synthetic sources, such as celery powder. The move comes in response to a 2019 petition from the Center for Science in the Public Interest and Consumer Reports, which urged the agency to revise its regulations because such labels are misleading and may give consumers the false impression that these products are healthier than their competitors.

Tests of deli meats by Consumer Reports and other studies had previously shown that nitrates and nitrites, which are linked to cancer, are found in processed meats labeled “Uncured” or “No Nitrates or Nitrites Added” at similar levels to those prepared with synthetic curing agents such as sodium nitrite.

The consumer groups had asked for “no nitrate” claims to be prohibited on meat processed with nitrate or nitrite, regardless of the source of the compounds. The groups had also requested clear declarations on both the front of package and ingredients list when these compounds are used.

In a response letter sent to the groups on December 10, the agency partially granted the groups’ request by stating that it intends to conduct a rulemaking to prohibit statements like “No Nitrate or Nitrite Added” and “Uncured” on products that have been processed using any source of nitrates or nitrites. However, the agency stated it would not require disclosure statements about the use of nitrate or nitrite when non-synthetic sources like celery powder are used, meaning consumers will remain in the dark about the presence of these compounds in celery powder and other similar sources.

“When consumers see a claim like ‘no nitrates added’ on meat, they think the product is healthier,” said Sarah Sorscher, Deputy Director of Regulatory Affairs at CSPI. “A lot of us are surprised to find out that a healthy food like celery can be extensively processed to make the same compounds in the body as synthetic nitrites do when eaten. Removing the “no nitrates” claims will help, but without a clear disclosure many consumers are not going to recognize that these meats are processed with nitrates and nitrites.”

“Claims that give the impression of a healthier product mislead consumers, so this action by USDA is a good first step " said Dr. Michael Hansen, Senior Scientist for Consumer Reports. "However, an additional requirement is needed for the labeling of nitrates and nitrites from natural sources in order to provide more clarity to consumers."