Coca-Cola says it won’t market soda to children under 12 and does not advertise on children’s television. But a new investigation from the Center for Science in the Public Interest finds that some of the company’s marketing practices are inconsistent with its pledges. Coke’s policies bar marketing that “directly” targets children under 12 and in which 35 percent or more of the audience is composed of children under 12. But Coke advertises on family-oriented TV shows, at theme parks, and other venues that reach huge numbers of children. While the company says it won’t use celebrities or characters whose primary appeal is to children under 12, it exempts its own “equity characters” like the Coke polar bears, and it uses Santa Claus in advertising throughout the world. 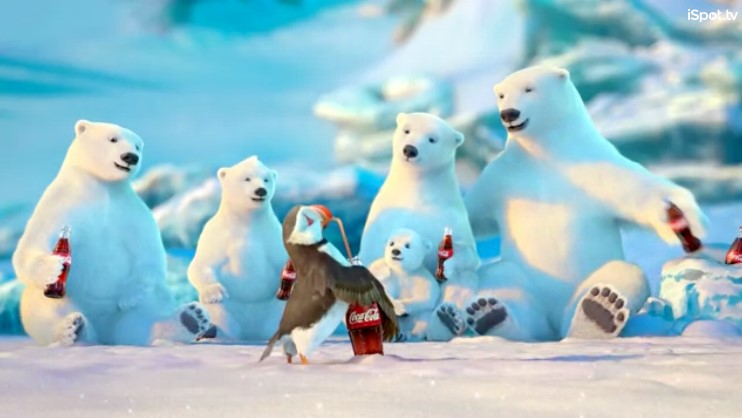 Coca-Cola’s markets to children through parades and online videos, and licenses its logos and characters for use on trucks, puzzles, Barbie dolls, stuffed animals, and kids clothing, according to the report. Some videos, such as “The Great Happyfication” and “The Polar Bears” feature imaginative anthropomorphic characters that clearly appeal to children. The latter film was produced by Ridley Scott and directed by the director of Kung Fu Panda. And child-friendly theme parks like Disneyland are loaded with Coke advertising and drinks, according to the report.

The reason for concern about Coke’s marketing practices is that strong scientific evidence demonstrates that frequent consumption of soda and other sugar drinks contributes to tooth decay, weight gain, obesity, diabetes, and heart disease. The Dietary Guidelines for Americans recommends limiting added sugars to 10 percent of calories. A single 12-ounce can of Coca-Cola would provide 100 percent or more of that amount for most children under 7.

“Whatever Coke may promise, its obvious goal is to implant its products deep into kid culture and its brand onto the developing brains of children,” said CSPI president Michael F. Jacobson, the author of the report. “In the case of Coke, we’re talking about a product that puts children on a glide path toward life-threatening diseases.”

“Parents are sick and tired of having Big Soda’s marketing messages drive wedges between themselves and their children,” said Laurie David, executive producer with Katie Couric of the 2014 documentary Fed Up. “It’s long past time to start protecting children from these manipulative techniques.” 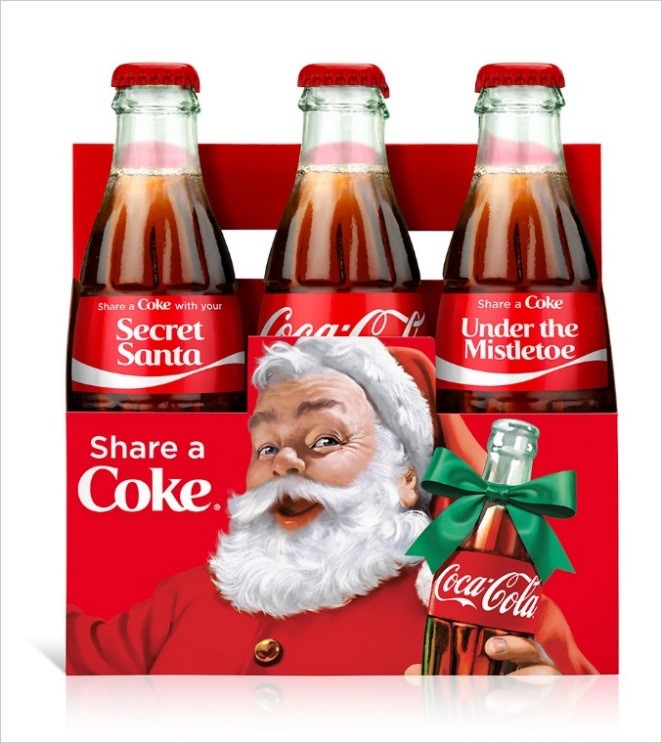 Despite the high rates of child obesity, the current tax code basically provides a government subsidy to companies that market unhealthy food to children. CSPI supports legislation to end the federal tax deduction for marketing and advertising unhealthful foods to children. Such legislation was introduced last week by Representative Rosa DeLauro (D-CT). Senator Richard Blumenthal (D-CT) plans to introduce a companion measure in the Senate this week. The Stop Subsidizing Childhood Obesity Act could provide an incentive for companies to reduce unhealthy food marketing to children, raise $550 million per year, and prevent obesity in one million children. According to the FTC, companies spend about $2 billion each year marketing food to children.

“I commend CSPI for shedding light on more broken promises from corporate food giants,” said Blumenthal. “We must do better to protect our children from deceptive and unfair marketing practices that promote unhealthy products that can influence children’s food preferences and result in long-term adverse health consequences, such as obesity and heart disease. That is why I am pleased to introduce the Stop Subsidizing Childhood Obesity Act, which would close the tax loophole that allows companies to deduct advertising expenses from their income taxes, including expenses for marketing junk food to children.”

“The federal government could and should do much more to protect children from junk-food marketing, but at the very least it shouldn’t be subsidizing that activity,” said CSPI president Michael F. Jacobson. “It’s appropriate to use the tax code to nudge food marketers in the right direction. The industry could retain the tax deduction by marketing healthier foods to children, or by shifting marketing dollars away from children altogether.”