The singer and actress, who has more than 42 million followers on Twitter, announced her participation in the viral campaign yesterday. The nonprofit Center for Science in the Public Interest Tweeted back: 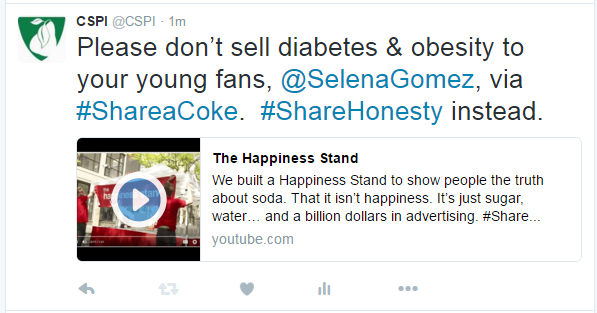 CSPI’s Tweet links to The Happiness Stand, a short film that records the stunned reactions of consumers who learned how much sugar is in soda. Another CSPI film, Share a Coke with Obesity, poked specific fun at the Share a Coke campaign. CSPI is asking its activists to spread the word as well.

“It used to be quite common for celebrities to endorse Marlboro Lights, Virginia Slims, and other cigarettes,” said CSPI president Michael F. Jacobson. “My guess is that the artists and athletes who are now endorsing Coke or Pepsi will likely look back with regret on the diabetes, obesity, heart disease, tooth decay, and other health problems that their lucrative deals helped fuel. I hope Ms. Gomez reconsiders her participation in Coke’s marketing.”

CSPI has criticized other celebrities for endorsing soda or other sugar drinks, including Beyoncé, Katy Perry, Macklemore, and Shaquille O’Neal. 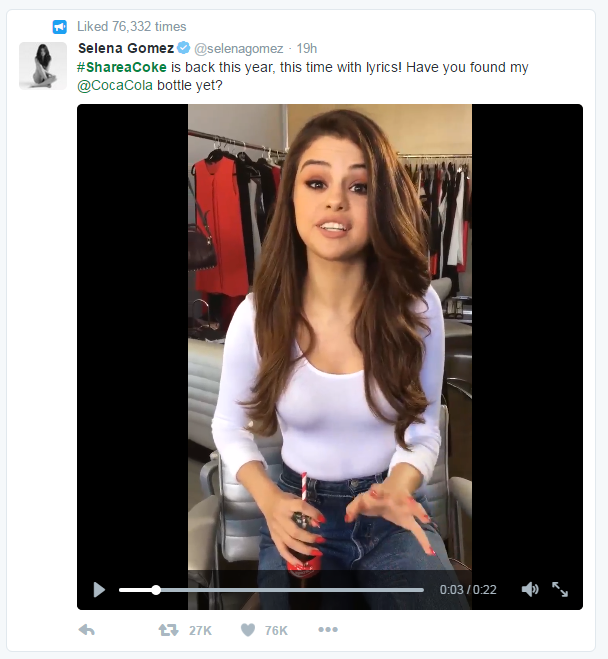