Junk food might dominate the ads, but need not dominate your party, says CSPI

There's no rule that your Super Bowl party has to feature boring sporting-event staples like chicken wings, pizza, chips, and soda. With that in mind, the food detectives at the Center for Science in the Public Interest, publisher of Nutrition Action Healthletter, are recommending six delicious recipes and packaged foods for Super Bowl entertaining that offer a break from the same old high calorie, salty, fatty, sugary, and over-processed party fare.

"This Sunday, Americans should be more concerned with over-inflated bellies, not under-inflated footballs," said CSPI executive director Michael F. Jacobson. "Consider making at least half of the food you serve on the healthier side of the spectrum, including generous amounts of fresh vegetables or fruit. Not all of your guests will want to eat like a linebacker, anyway."

If you put anything before your guests to mindlessly nibble on while watching the game, vegetables should be the default option, says CSPI. Fresh veggies contribute to lower rates of heart attack and stroke, especially if they’re replacing higher-calorie salty snacks like pretzels or potato chips. CSPI's recommendations for Sunday include: 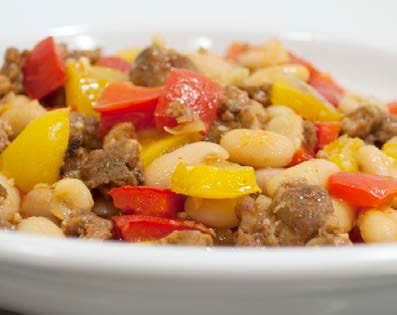 Snacking aside, CSPI also criticized the National Football League for letting PepsiCo sponsor the halftime show, and celebrities like Katy Perry, Kid President, and Danica Patrick for promoting a sugary drinks, which cause diabetes, heart disease, obesity, and other serious health problems.

“Soda companies such as Coca-Cola and PepsiCo claim not to market to children, but kid-friendly celebrities like Katy Perry and Kid President have great appeal to tweens and younger children,” Jacobson said. “Years from now, these celebrities will likely look back with regret that they promoted a product that causes so much preventable disease and misery.”