Kraft Heinz is disparaging healthy foods like broccoli, salmon, and tofu in advertising for its Kraft Macaroni & Cheese and other products—and it has done so on children’s television programming, according to a complaint filed today by the Center for Science in the Public Interest with BBB National Programs' Children’s Advertising Review Unit (CARU).

Kraft Heinz violated these guidelines on multiple occasions by airing an advertisement that disparages vegetables while encouraging consumption of Kraft Macaroni & Cheese. This ad, where a caregiver tries to encourage a child to have “one more bite” of vegetables, while the child runs away yelling, “no,” was repeatedly aired during children’s programming on Disney XD, Nickelodeon, and Cartoon Network in 2019. Today, CSPI filed a formal complaint and a letter with CARU urging them to take action against Kraft Heinz for this violation.

Kraft Heinz has agreed to abide by the standards of the industry-funded self-regulatory body, which prohibit the disparagement of healthy foods in advertising directed towards children. “Advertising of food products should encourage responsible use of the product with a view toward healthy development of the child,” CARU’s guidelines state. “For example, advertising of food products should not discourage or disparage healthy lifestyle choices or the consumption of fruits or vegetables.”

While Kraft Heinz is no longer airing this particular advertisement on children’s television, disparagement of healthy foods continues to be a theme in the company's advertising. A campaign for the company’s Ore-Ida french fries encourages caregivers to bribe their children with French fries in order to get them to eat healthy foods. A video advertisement for this campaign shows a child pushing away a plate of broccoli, calling it “disgusting.” The website for the campaign previously featured this chart showing how much each healthy food was worth in french fries: 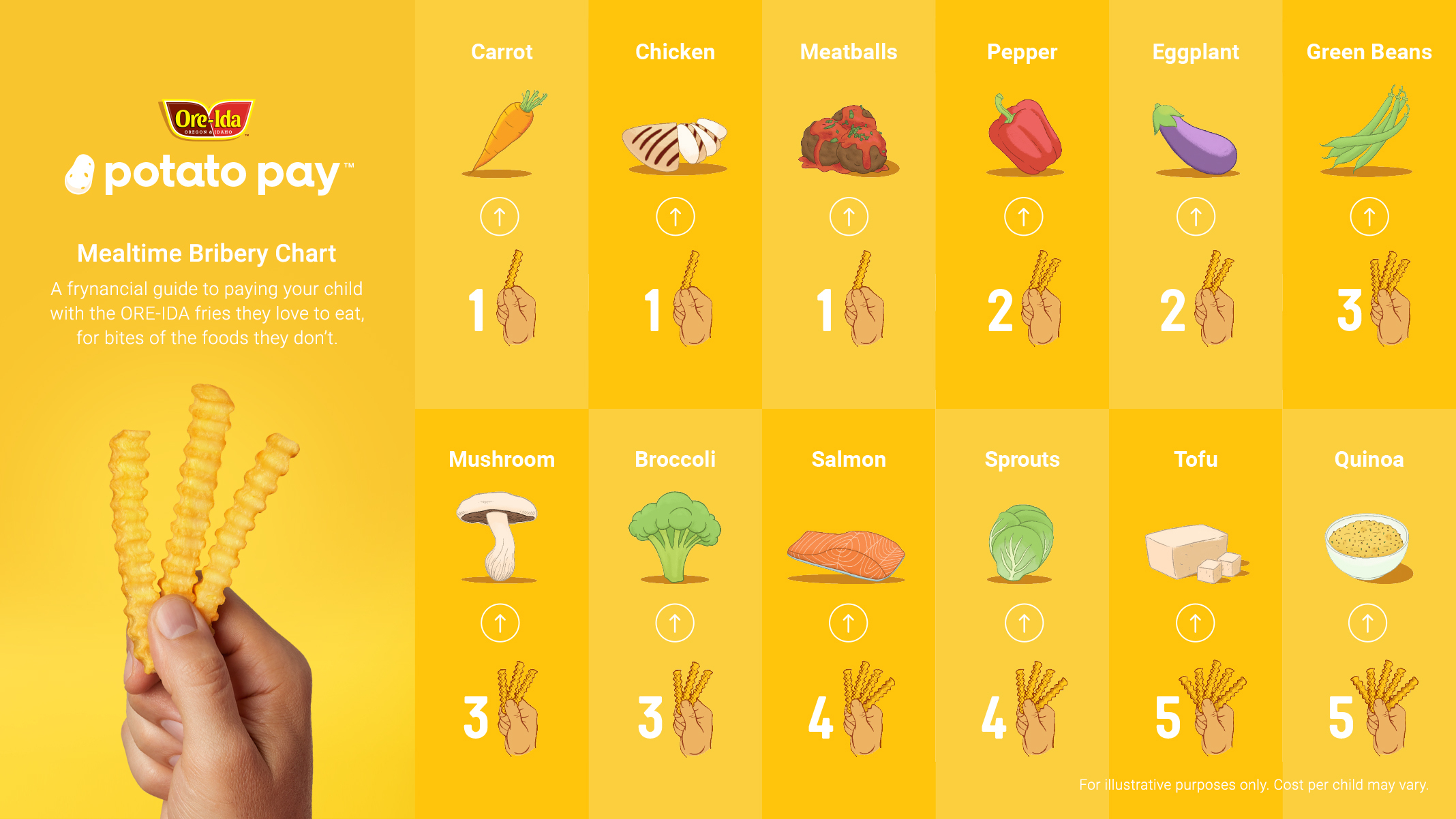 This print advertisement for Kraft shredded cheese, part of the same “for the win win” campaign as the Kraft Macaroni & Cheese commercial, encouraged viewers to use their products to make broccoli taste “less broccoli-ey”: 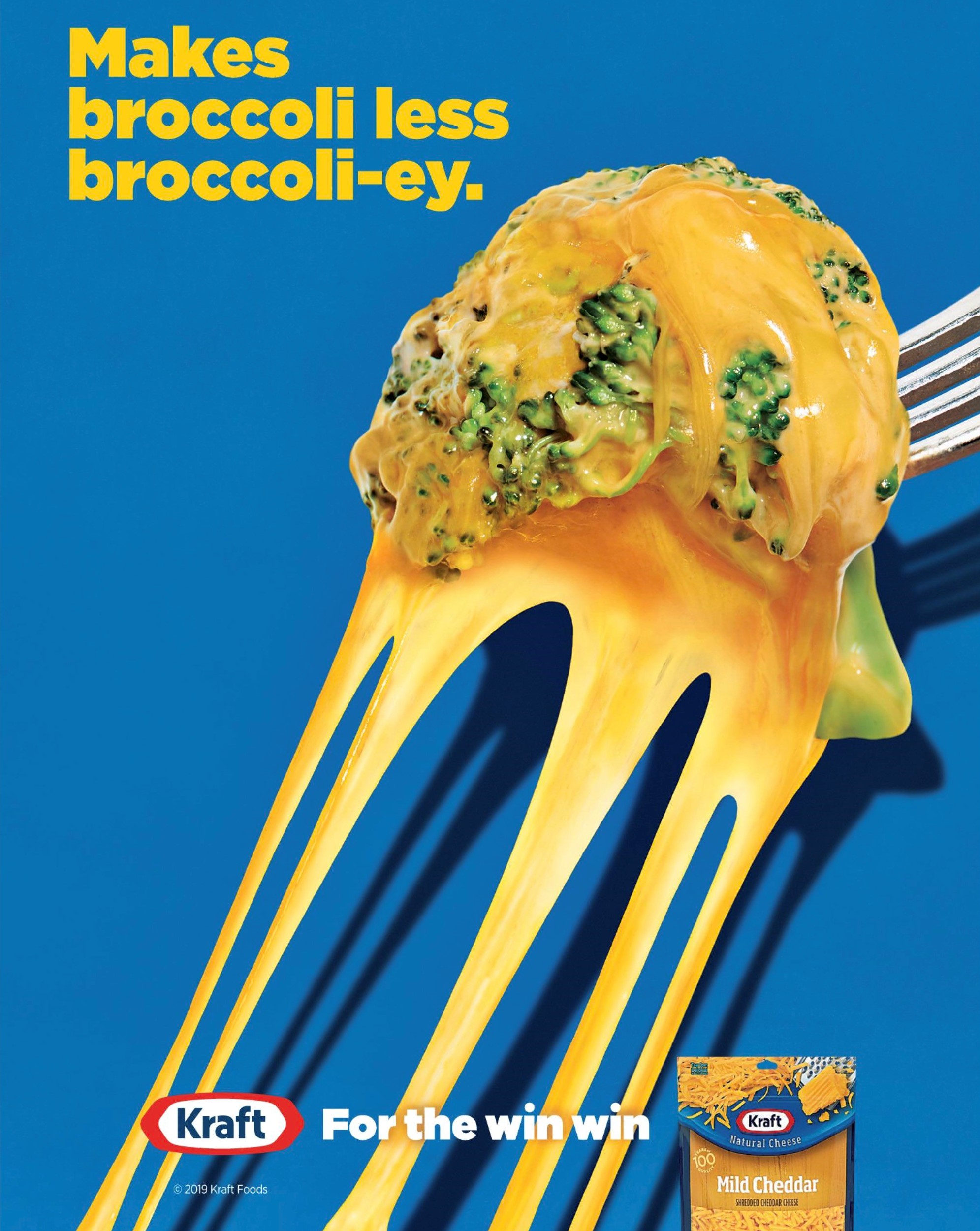 “Disparagement of healthy foods in advertising reinforces children’s beliefs that healthy foods do not taste good and should be avoided,” said CSPI senior policy associate Sara Ribakove. “Reinforcement of this belief in childhood can lead to negative beliefs about certain foods and poor eating habits later in life.”

CSPI wrote to Kraft Heinz in November of 2020 on this topic. In its response, the company did not find fault in any of the advertisements mentioned. However, the company did state that the Ore-Ida Potato Pay and the “for the win win” campaigns would be ending and removed from circulation during the second half of 2021.

In a letter accompanying its online complaint to CARU director Dona J. Fraser, CSPI wrote that in addition to taking action against the previous violation, CARU should work with Kraft Heinz to ensure future violations do not occur. “Kraft Heinz’s advertisements have been allowed to run unchecked for several years now,” CSPI wrote.