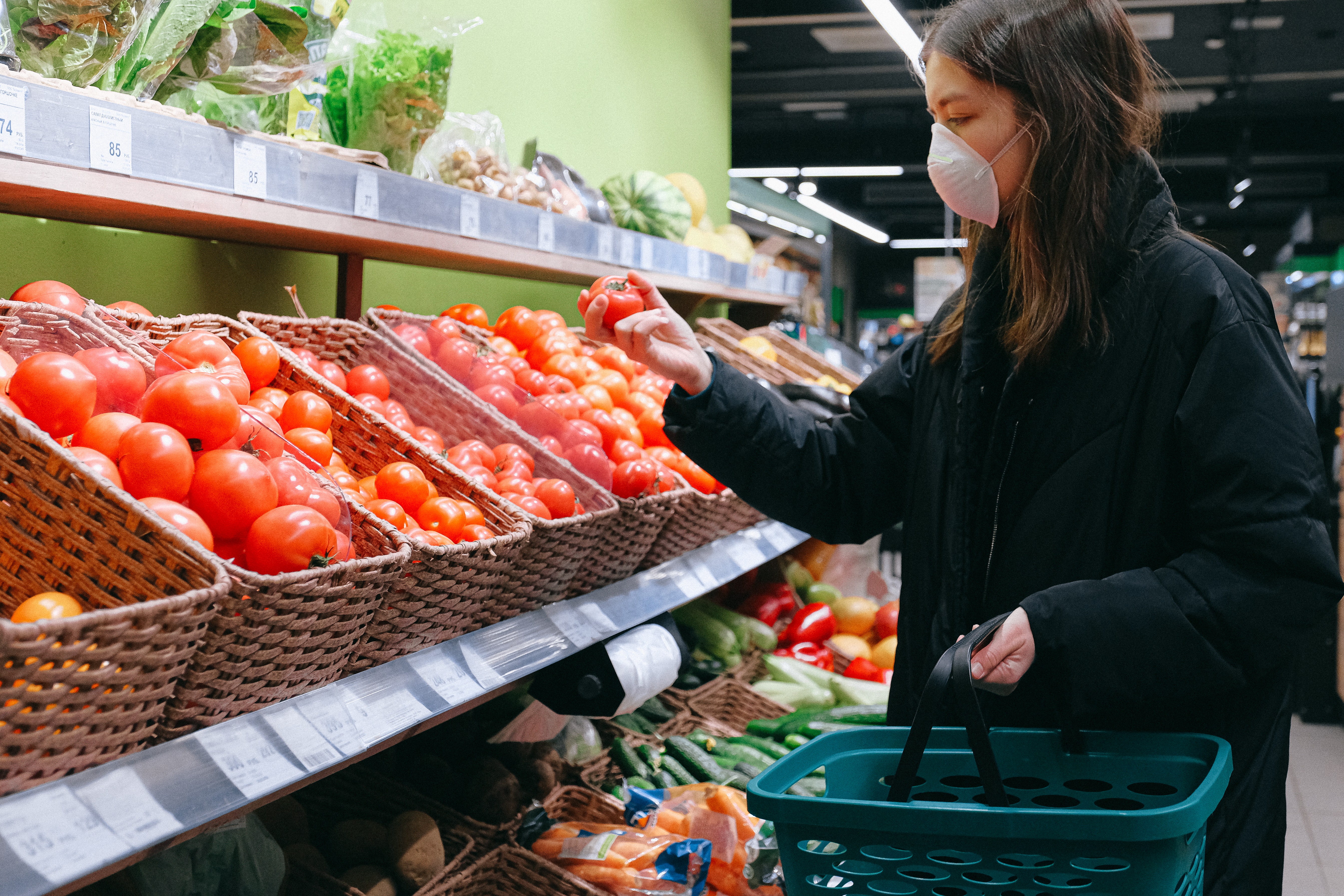 By CSPI senior policy associate Emily Snyder. See all Beyond the Curve posts.

In the United States, grocery stores have played a central role in our lives for decades, and never more so than in the midst of the COVID-19 pandemic. Grocery stores are considered “essential services” and, for some, a trip to the supermarket is one of the few times they get out of the house.

During the pandemic, supermarkets have been forced to take on new responsibilities. Today, their job is not only to keep us fed, but also to keep us safe. Grocers were slow out of the starting blocks, but more recently food retailers have scrambled to institute policies that prevent consumers and workers from contracting the coronavirus at their stores, while also facing labor shortages and supply chain challenges. Despite these efforts, thousands of grocery employees have become ill and dozens have died. CSPI is calling for grocers to implement strong paid sick leave policies so that employees can stay home when they are sick without losing pay. A recent poll found that grocery shoppers, too, want store staff to have access to paid sick leave and that this would help ensure that shoppers feel safe at the store during the pandemic.

As grocery stores take on new responsibilities to protect the public’s health, they should think even bigger than the coronavirus. Supermarkets have immense power over America’s diet, which has much room for improvement. Children and adults in the United States consume more energy-dense, nutrient-poor foods and beverages and fewer fruits, vegetables, and whole grains than recommended by the Dietary Guidelines for Americans. Even prior to the pandemic, the U.S. Department of Agriculture reports that the majority of our food and beverages came from supermarkets, and this has increased during the COVID-19 pandemic. According to one study, in April, Americans spent 68 percent of their food budgets at food retail stores compared to 50 percent in February. This, of course, includes a surge in online grocery shopping as many decided to skip the brick and mortar store in favor of ordering groceries from the safety of home. Concomitantly, the proportion of our food spending at restaurants declined sharply as restaurants were forced to close or offer takeout or delivery only.

As described in CSPI’s 2016 report, Rigged, food and beverage manufacturers pay supermarkets more than $50 billion each year to promote their products through prominent and frequent placement, pricing, and other aggressive promotion strategies. Some of this marketing is glaringly obvious, such as pyramids of soda 12-packs to celebrate the upcoming sports game and “buy two, get three free” sugary drink promotions. But much of the marketing is so subtle you may not even notice it. For example, a food manufacturer can expect to pay a large supermarket chain as much as $1 million a year to place a single product at checkout in its stores because putting products at checkout boosts sales significantly.

Unsurprisingly, those tactics have also migrated to online grocery platforms. According to Supermarket News, Amazon, which includes the Whole Foods Market brand, sold more than $40 billion of consumables in the United States and Canada last year, and more than 60% of shoppers in a recent poll reported buying groceries from the company’s online platforms in the last year. On grocery websites, shoppers are repeatedly exposed to unhealthy food and beverages through banner advertisements, pop-ups, and splashy snapshots intended to spur unplanned, unhealthy purchases. Visitors to these websites are inundated with follow-up prompts to purchase more items more often. Retailers use site visitors’ search and purchase histories to craft targeted promotions. Online grocery platforms offer coupons on the top, sides, and bottom of home and search results pages, and sponsorship fees secure prime placement in search results for manufacturers that have big marketing budgets. That, in part, explains why when one searches for “chicken,” chicken nuggets come up at the top of one’s search results.

In January, CSPI published a report that evaluated the practices of six online grocery retailers. Though online grocery shopping has the potential to increase access to and consumption of healthy foods, we found that current retailer practices fail to support healthy eating. Our report found that almost half of the food and beverages promoted on the Amazon Prime Now platform are unhealthy and six out of 10 of the foods and beverages featured prominently in its search results for staple foods are unhealthy using an adapted version of the National Alliance for Nutrition and Activity (NANA) Vending Standards. After ordering groceries on Amazon Prime Now, an even higher proportion—three-quarters—of subsequent food- and beverage-related emails from Amazon Prime Now promoted unhealthy products. In many parts of the country, Amazon is one of only two retailers where Supplemental Nutrition Assistance Program (SNAP; or food stamp) participants can shop for groceries online. Please join CSPI’s campaign to pressure Amazon to stop pushing junk food to online grocery shoppers.

The COVID-19 pandemic has underscored the centrality of supermarkets, and many of us now more fully appreciate the importance of grocers’ practices and policies in the health of our families. Many sectors are hitting the reset button on how they conduct business, even outside of the pandemic, and the grocery industry should do the same. In the United States, unhealthy eating contributes to more than 600,000 deaths each year due to diet-related diseases, such as heart disease, cancer, and type 2 diabetes. Imagine how much healthier we would be if grocery stores, prompted by their central role in the COVID-19 response, struck deals with food and beverage manufacturers to promote fruits and vegetables, whole grains, and other healthful food and beverages instead of soda, chips, and candy.

Topic:
Beyond the Curve COVID-19 Healthy Retail
Contact Info:
Contact us at cspinews[at]cspinet.org with questions, ideas, or suggested topics.