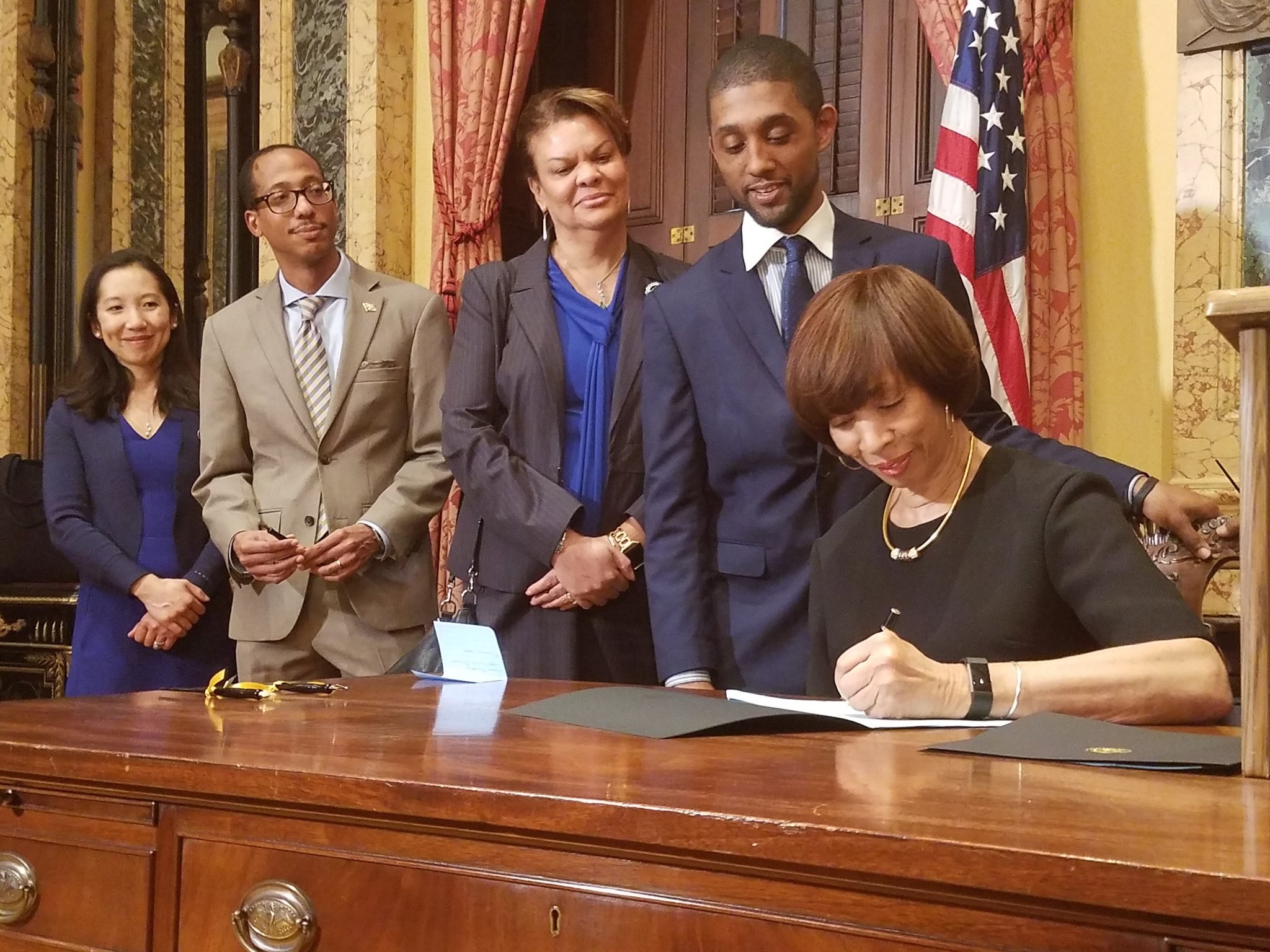 Times change. Airplane armrests used to have built-in ashtrays. We used to paint houses with lead paint and fill our cars with leaded gasoline.

But many restaurants still lazily offer soda as a default beverage for meals marketed and sold to children.  But that’s changing, too, thanks to pioneering public-health-minded officials like Baltimore Mayor Catherine Pugh and City Councilmember Brandon Scott.  The legislation that the council unanimously passed and the mayor signed today will require restaurants to make water, seltzer, milk, or 100 percent fruit juice the default choices for kids meals.  Naturally, parents can choose other drinks if they wish, but restaurants won’t be pushing unhealthy choices on parents and kids.  And restaurant food occupies a quarter of kids’ diets and is growing.

Communities around the country are opting for healthier kids meals, including laws adopted in Santa Clara County, San Francisco, Davis, Stockton, Perris, Berkeley, Cathedral City, Long Beach, and Daly City (all in California) and in Lafayette, Colorado.  And statewide bills improving kids meals have been introduced in a half a dozen states. A bill in Hawaii has been passed by the state Senate and two of three House committees; Vermont’s bill has passed out of the full Senate and a House committee and is expected to go to the House floor on Friday; and yesterday, California passed a bill out of the Senate Health Committee.

All of this progress means that kids will have a little less exposure to a product that causes weight gain, diabetes, heart disease, tooth decay, and other health problems.  More states, cities, and restaurants should support parents’ ability to feed their children healthfully when eating out.