On July 29, 2016, President Obama signed the National Bioengineered Food Disclosure Law, establishing a nationwide standard for disclosing the presence of foods and ingredients from genetically engineered (GE) crops. What does the law require?  What is meant by “disclosure”?  When will the law take effect? What food products will need to disclose information to consumers?

What the Disclosure Law Does

The Disclosure Law establishes a national mandatory disclosure system and preempts all state GMO labeling laws (such as Vermont’s law that went into effect in July 2016).  It requires the U.S. Department of Agriculture (USDA) to issue regulations for implementation of the law by July 29, 2018.  However, even if the USDA meets the statutory deadline for finalizing its implementation regulations, the rules likely will allow food producers one to three years to make their disclosures. 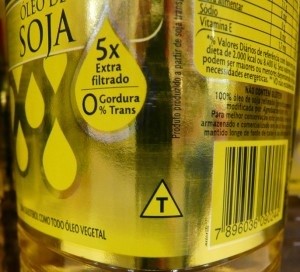 Under the Disclosure Law, a food manufacturer can choose among different options to disclose the presence of foods or ingredients from GE crops.  One option is to use text specified by the USDA on the product’s label.  It could be a statement such as “This product contains ingredients from a genetically engineered crop.”  A second option is to include a symbol, which will be developed by the USDA, on the food package.  (Brazil’s labeling law requires food packages with genetically engineered content to include a yellow triangle with a “T” inside it. The “T” stands for “transgenic.”)

The third option is disclosure through an electronic or digital link on the package (such as a QR code, bar code, or SmartLabel).  The link would take the consumer to a website containing whatever information the USDA requires the manufacturer to disclose.  “Small manufacturers” (which needs to be defined in the regulations) have an additional disclosure option of including a toll-free telephone number on the food package for the customer to call for the information. 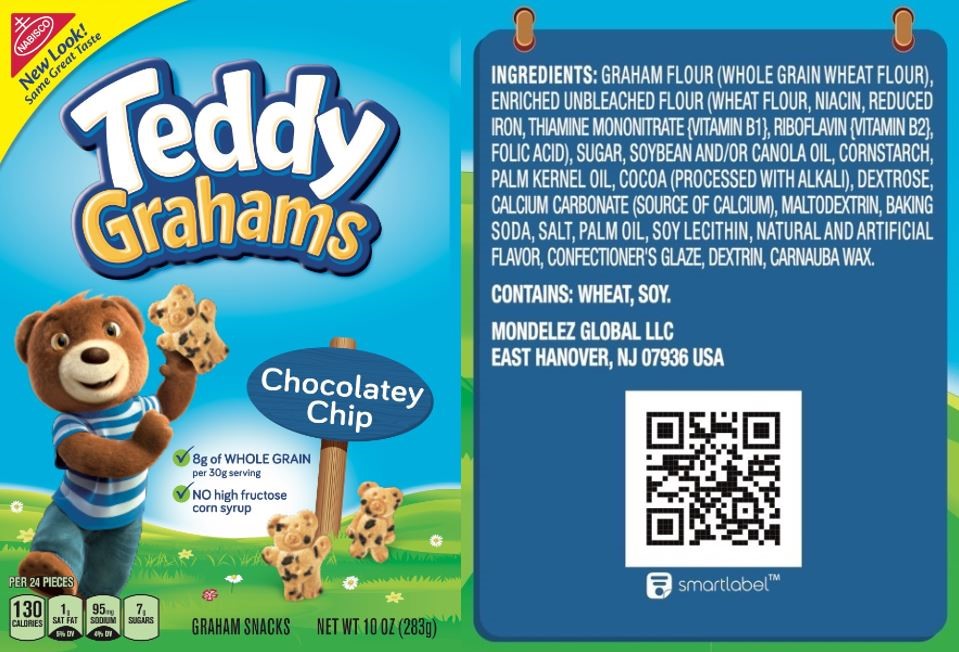 The USDA’s implementing regulations will spell out what information needs to be provided under these four options, but it is up to each food manufacturer to decide which option to use.  Many large food companies are likely to opt for electronic disclosure, which they argue allows them to provide consumers with additional information about the genetically engineered food or ingredient.  It also frees them from having to mention the term “genetically engineered” or “GMO” on the label where it might be perceived negatively by a consumer.

What is a “Bioengineered” Food

The Disclosure Law uses the term “bioengineering,” but gives the USDA the authority to allow the use of similar terms, which might include “genetically modified,” “GMO,” and/or “genetically engineered.”  The law defines “bioengineering” to mean any food “(a) that contains genetic material that has been modified through in vitro recombinant DNA techniques; and (b) for which the modification could not otherwise be obtained through conventional breeding or not found in nature.”  That definition encompasses any crop variety where scientists have introduced a gene from a different organism.  Thus, the overwhelming majority of GE crops currently grown in the United States will be captured by the proposed definition.  Still, the USDA will need to clarify whether a “bioengineered food” includes ingredients that are derived from a GE crop but no longer contain “genetic material,” such as refined oils or sugars.  Some countries with mandatory GMO labeling laws (members of the European Union, for example) require the labeling of those highly processed ingredients, while others (like Japan and Australia) do not. 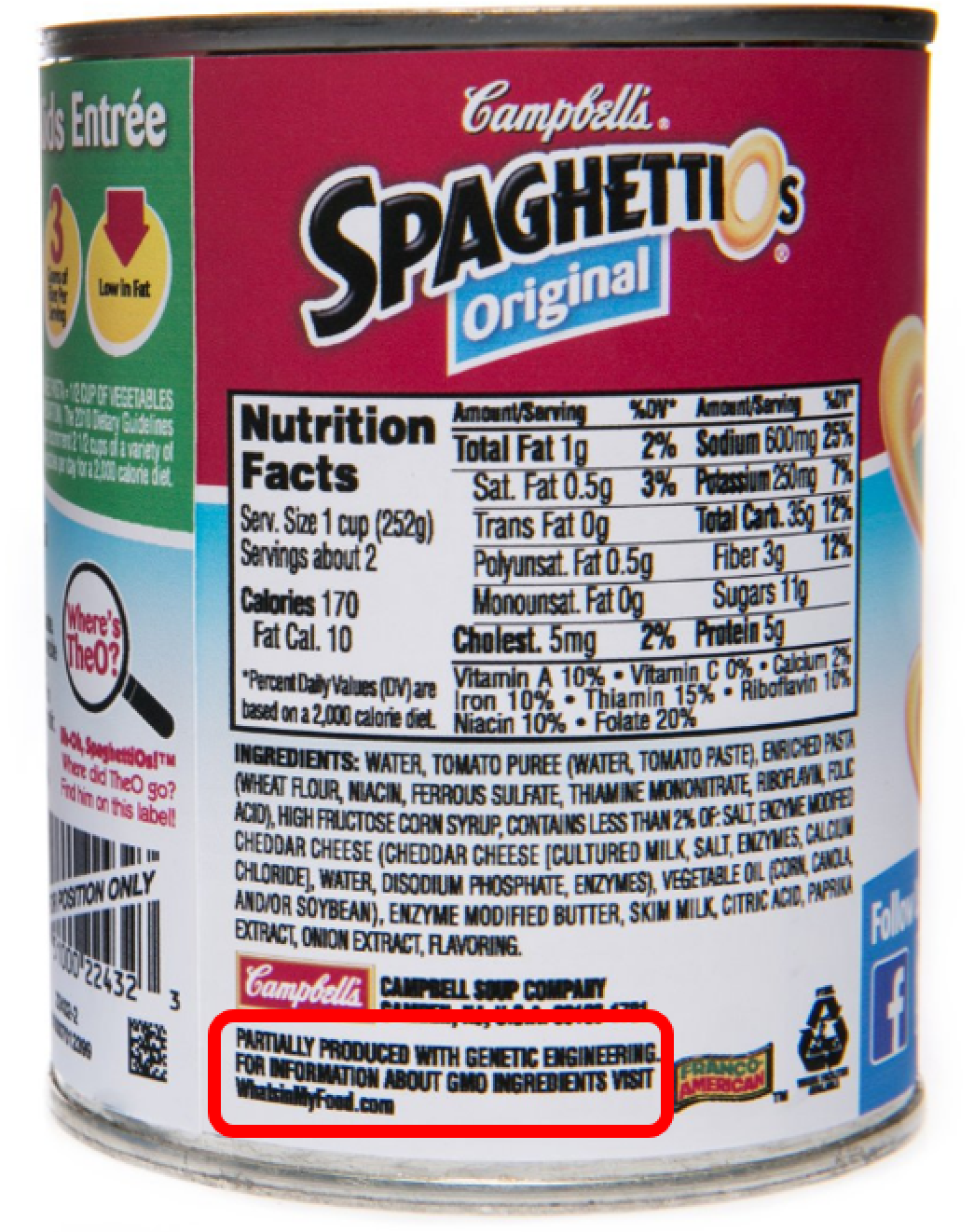 What Exemptions are Provided by the Disclosure Law

Many laws and regulations provide exemptions from their requirements.  A law could make an exemption for small companies, for de minimis amounts of a regulated material, or for certain activities (such as research).  The Disclosure Law provides an exemption for all food served in restaurants or similar establishments, as well as food products produced by “very small food manufacturers” (to be defined in the implementing regulations).  It also exempts food derived from an animal that ate feed from a GE crop, which is consistent with virtually all GMO labeling laws around the world, where milk and meat from cattle that were fed GE corn and soybeans are not labeled.

The Disclosure Law requires that the USDA establish a threshold amount below which disclosure would not be required.  Japan and South Korea only require labeling of a food product if one of its top three ingredients (Japan) or top five ingredients (South Korea) came from a GE crop, and only if that ingredient comprises at least 5% (Japan) or 3% (South Korea) of the product.  In Europe, food products with 0.9% or less of “unintentional” ingredients from a GE crop need not be labeled.  The USDA will have to specify in the regulations what the threshold for disclosure in the U.S. will be: 0.9%, 3%, 5%, or some other number.

The goal of the Disclosure Law is to provide a nationwide standard for food producers to inform customers about the foods and ingredients that come from GE crops.  The mandatory disclosures have nothing to do with the safety of those foods or ingredients.  The Food and Drug Administration, the National Academy of Sciences, and the members of Congress who voted for the law agree that current foods and ingredients made from GE crops are safe to eat.  Which foods and ingredients need to be disclosed, what information is disclosed, and the numerous details around the disclosure (such as font size, typeface, documentation required to ensure accuracy of the disclosure, etc.) will be determined by the USDA in its upcoming rulemaking process.  The earliest consumers will see products that comply with the law is at least two years from now.