Welcome to the 2019 Xtreme Eating Awards!

Two out of three American adults and one out of three children and teens are overweight or obese. Has that led restaurants to slim down their menus? Fat chance!

Our 2019 winners—each with 1,500 to 2,300 calories and at least a day’s worth of sugar, salt, or saturated fat—make the usual 1,000-calorie restaurant fare look sensible. Applause, please!

The information for this article was compiled by Kaamilah Mitchell.

What’s a day’s worth?

Note: Sodium and added sugar are only shown in the graphs if the foods contain at least half the Daily Value (half a day’s worth). 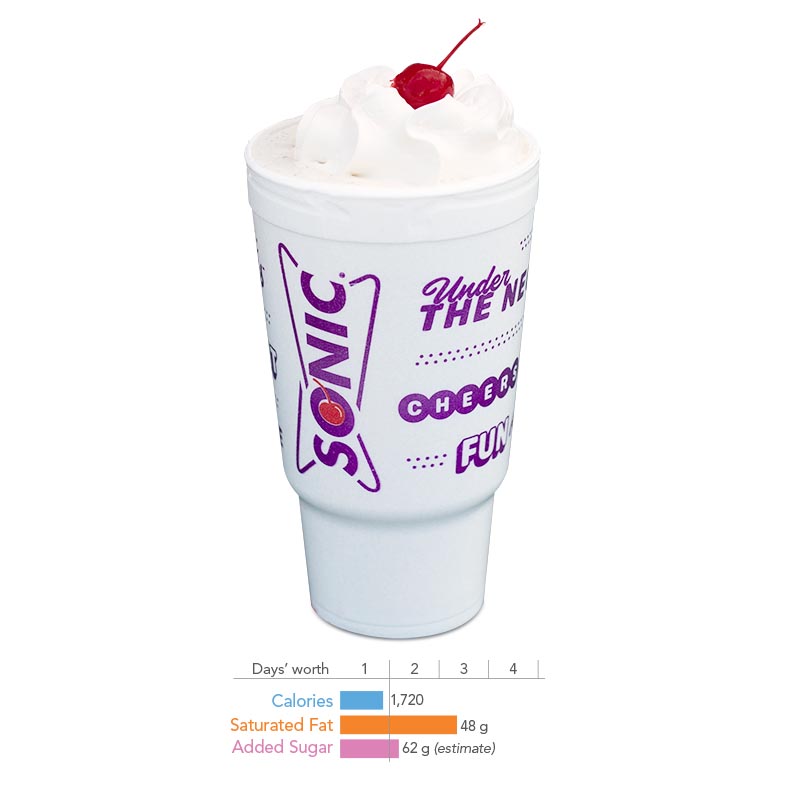 Sonic’s Oreo Peanut Butter Master Shake is “real ice cream mixed with rich peanut butter and Oreos into a thick and creamy shake, finished with whipped topping and a cherry.”

IT’S LIKE EATING: 15 Oreos blended with half a cup of lard. 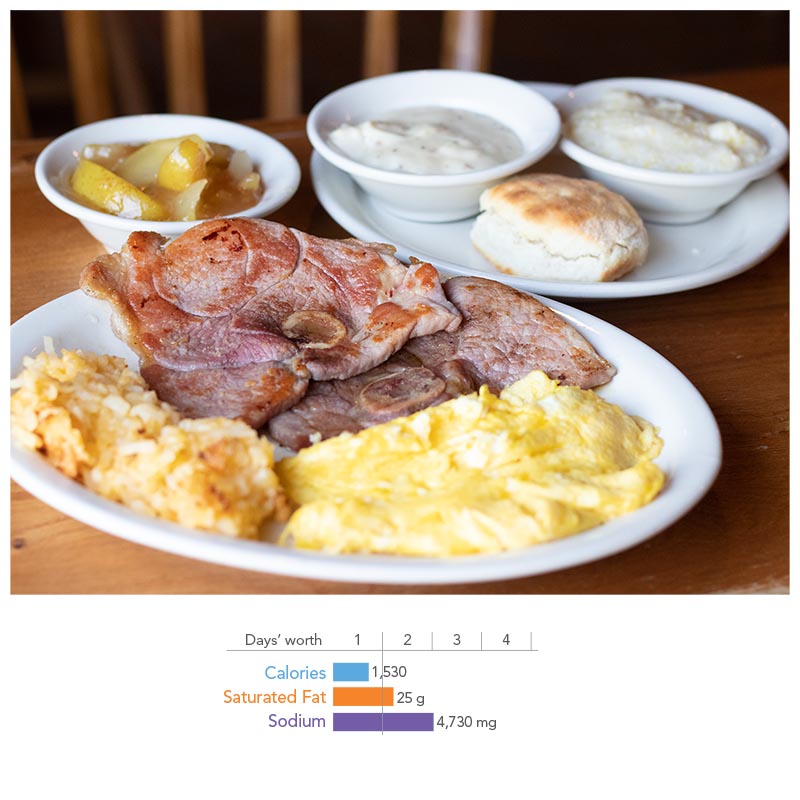 That’s all? Surely, Cracker Barrel could have tossed in some waffles or pancakes. How are we going to become the heaviest nation on Earth if we don’t get a head start in the a.m.?

IT’S LIKE EATING: 3 McDonald’s Egg McMuffins plus 4 hash browns (for the Country Boy with ham). 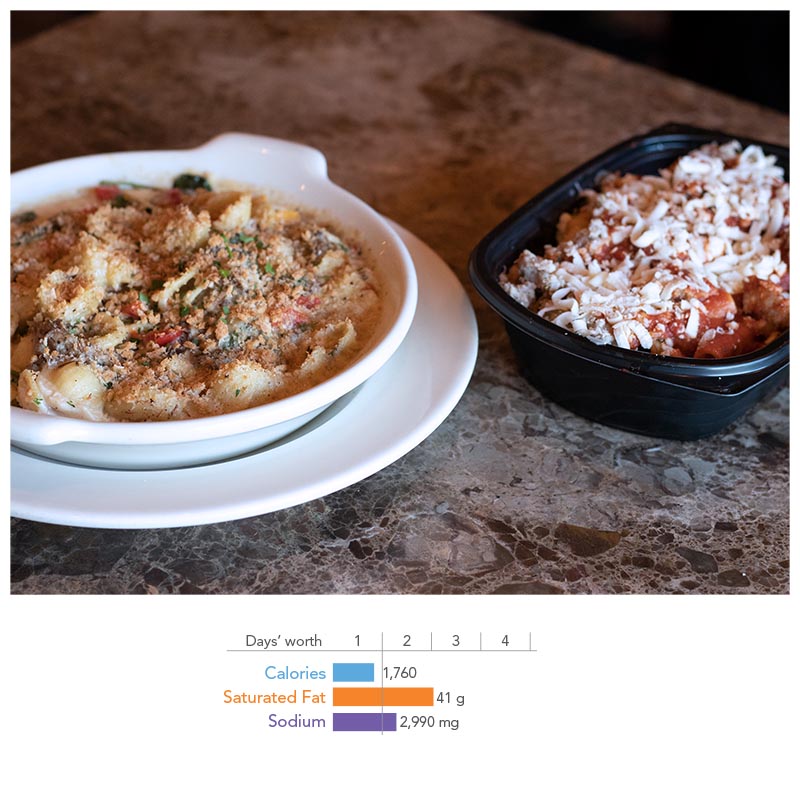 “Now you can choose any specialty pasta, chef featured pasta or classic pasta and take a free classic pasta home as a meal for tomorrow,” says Maggiano’s about its Today & Tomorrow Pastas. Yay! 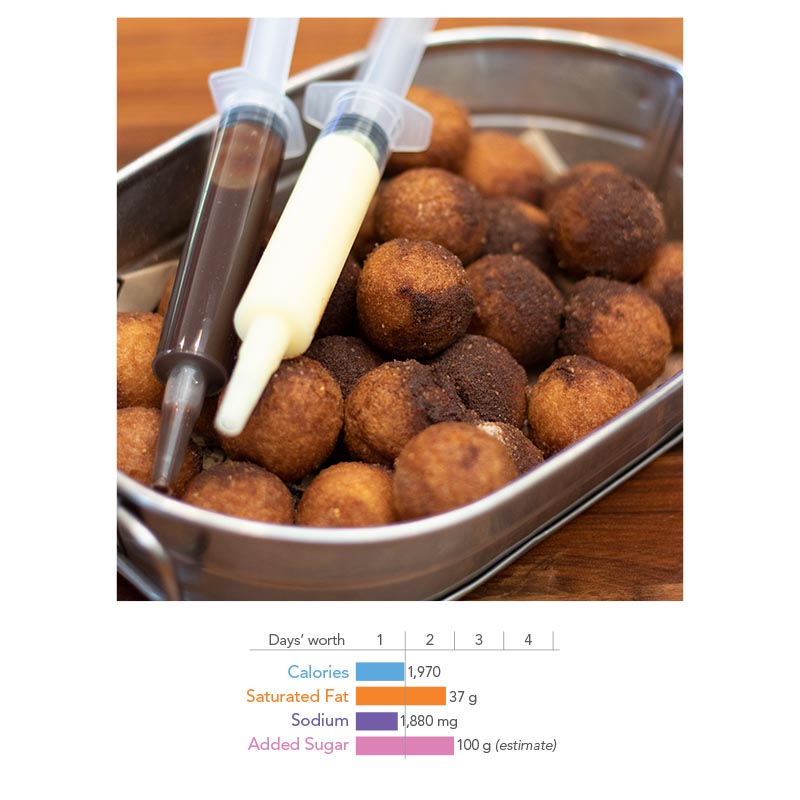 What better way to top off your experience at Topgolf—the 25-state driving range/sports bar chain—than with Injectable Donut Holes?

Topgolf supplies plastic syringes so you can inject chocolate, raspberry jelly, and/or Bavarian cream goo into each donut hole. 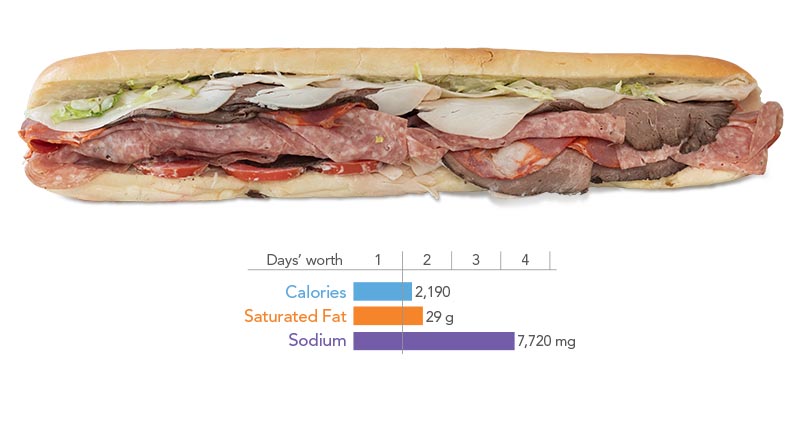 If twice the size is better, is a triple far behind? A triple bypass, that is. 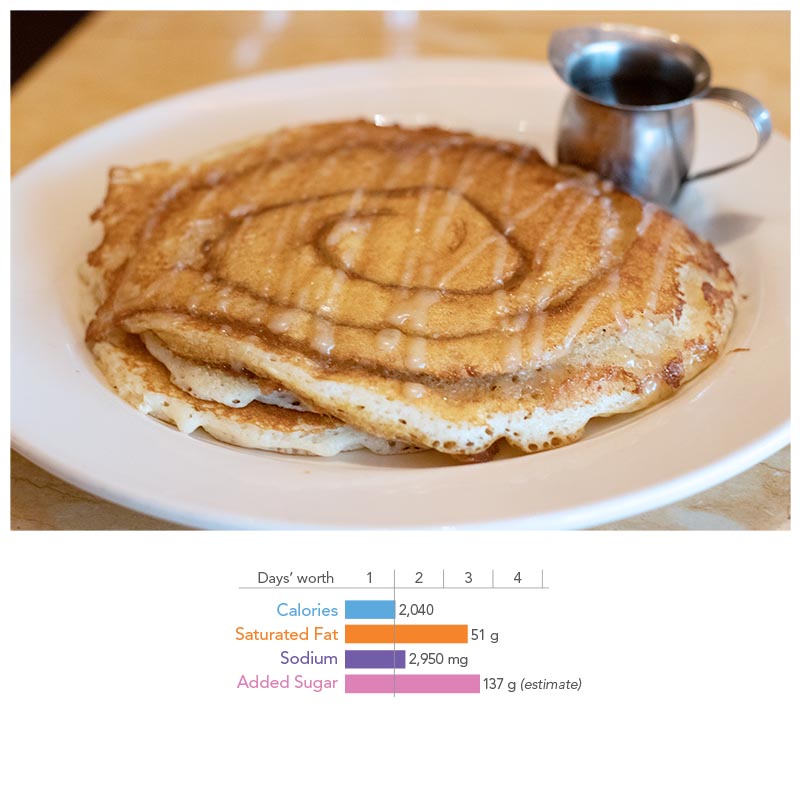 “Cinnamon Roll Pancakes are Cinna-ma worthy. Playing at The Cheesecake Factory near you, weekends from 10AM to 2PM. #Brunch,” tweeted the chain.

It’s not easy to cram 2,040 calories into three pancakes. But The Factory works wonders with cinnamon-brown sugar, white flour, icing, and butter-infused syrup. Why not call it brunchinner? 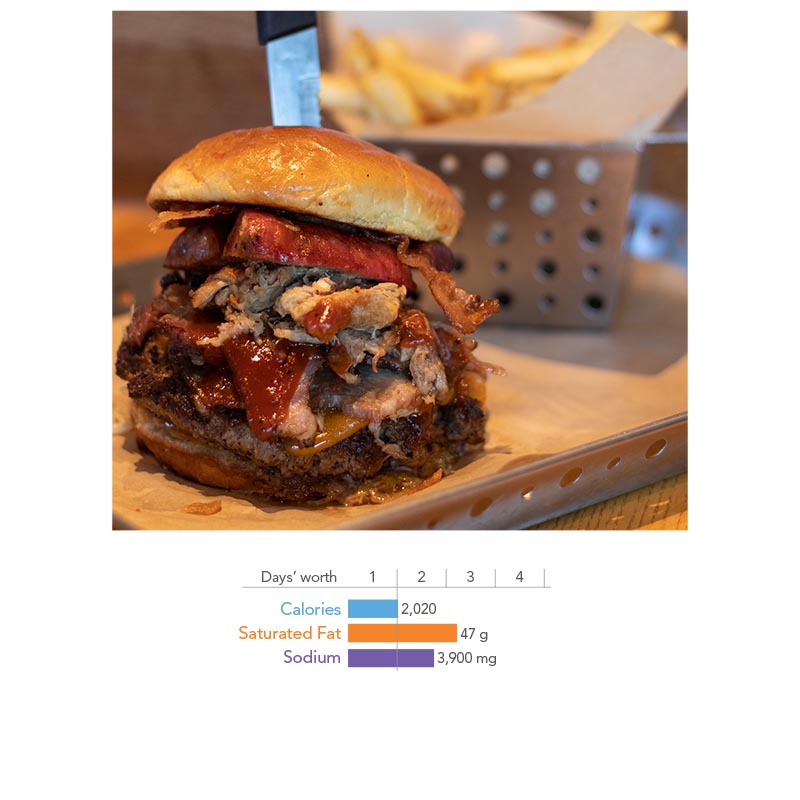 “Five meats. One burger. 100% Boss,” said the 2018 news release announcing Chili’s The Boss Burger, which comes with fries and pickles.

“The burger all other burgers report to,” says the menu.

So what if 70 percent of adults are already overweight or obese? So what if those meats boost the risk of colorectal cancer? Chili’s has burgers to sell.

IT’S LIKE EATING: 3 McDonald’s Triple Cheeseburgers plus a large fries. 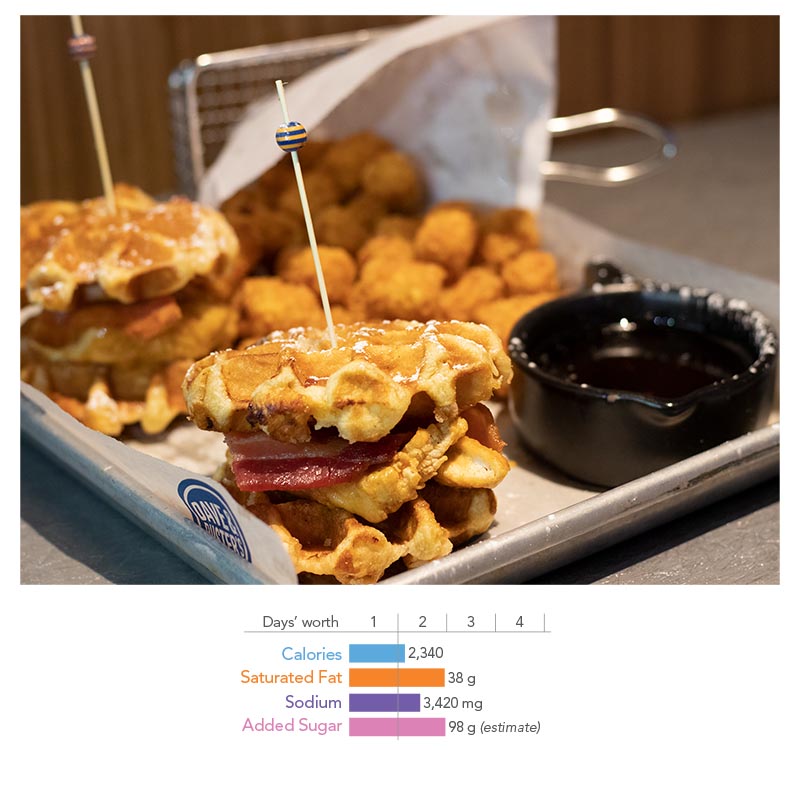 “We’re bringing in better ingredients and the best chefs to craft craveability that you’ll only find at Dave & Buster’s,” says the arcade and sports bar’s menu.

Take the Chicken & Waffle Sliders. Only the best chefs could turn white flour, sugar, and other “better” ingredients into 2,340 calories’ worth of fried chicken, bacon, mini Belgian waffles, maple syrup, and tater tots.