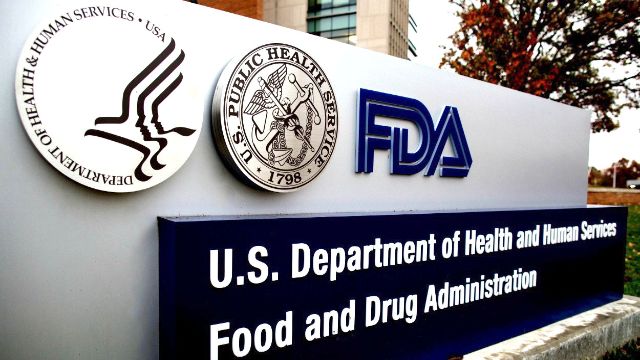 A ruling from a federal judge yesterday will dramatically expand the public’s right to access results of clinical trials studying drugs and medical devices. The ruling is the latest development in a lawsuit brought by the Yale Media Freedom and Information Access (MFIA) and NYU Technology Law & Policy (TLP) Clinics on behalf of Charles Seife and Dr. Peter Lurie, with the support of the Yale Collaboration for Research Integrity and Transparency (CRIT).

Judge Naomi Reice Buchwald of the Southern District of New York held that the Food and Drug Administration, National Institutes of Health, and Department of Health and Human Services have misinterpreted a 2007 law that requires drug companies, universities, and other sponsors of clinical trials to disclose the results of clinical trials of FDA-approved products to the public via the ClinicalTrials.gov website.

The court’s order requires the government to collect and post about a decade’s worth of trial results that should be public under the 2007 law—making data from potentially hundreds of clinical trials available for the first time.

“This is an extraordinary victory for patients and clinical trial researchers,” said Joseph Ross, professor of medicine and public health and faculty co-director of Yale CRIT. “The government now has a clear legal obligation to enforce these reporting requirements, and by doing so it will promote more fully-informed decision-making by patients and their clinicians.”

ClinicalTrials.gov and the need for clinical trial data

High-quality medical care requires high-quality evidence. But sponsors of clinical trials that investigate the safety and efficacy of medical products don’t always publish their results where doctors and patients can find them. Instead, sponsors may “cherry-pick” data by publishing favorable clinical trial results and keeping secret unfavorable results.

“Recognizing this problem, Congress enacted the Food and Drug Administration Amendments Act (FDAAA) to ensure a flow of clinical trial evidence to patients, clinicians, and researchers through the public ClinicalTrials.gov website,” said Christopher Morten, supervising attorney at the TLP Clinic. “Yet NIH and HHS promulgated a rule and an interpretation of FDAAA that created an illegal ‘loophole.’”

As MFIA student Simon Brewer explained, “the loophole purported to exempt many clinical trials of FDA-approved products completed between 2007 and 2017 from any obligation to ever report their results to ClinicalTrials.gov.”

Seife emphasized the importance of the law: “The FDA is in charge of making sure that drugs on the market are safe and effective, but without access to data about those drugs, it's nearly impossible to understand whether the agency is doing its job properly. ClinicalTrials.gov is a key source of this data.”

MFIA-TLP lawsuit on behalf of Seife and Lurie

Seife and Lurie are two leading researchers on clinical trials whose research has been hindered by the absence of information on ClinicalTrials.gov. Seife is an investigative journalist at NYU whose work focuses on science and technology. Lurie is a family physician, president of the Center for Science in the Public Interest, and a former associate commissioner of the FDA.

In December 2018, MFIA filed suit on Seife and Lurie’s behalf. The suit sought to close the loophole and requested a declaration that NIH’s and HHS’s interpretation of FDAAA was inconsistent with the statute. Brewer argued Seife and Lurie’s case in court on February 11, 2020.

Judge Buchwald’s decision, issued yesterday, was a victory for Seife and Lurie on their loophole claim. The court concluded that “FDAAA unambiguously requires responsible parties [i.e., trial sponsors] to submit, and defendants to include on ClinicalTrials.gov,” results for loophole trials and therefore that “HHS’s contrary interpretation . . . is unlawful and must be set aside.”

“Judge Buchwald’s decision will help ensure that these government agencies and the drug and device industries are jointly held to account, and that the promise of the clinicaltrials.gov database be finally fulfilled,” said Lurie. “True transparency requires that all results of clinical trials be truthfully reported, be they positive, negative, or somewhere in between—and even in cases where the study sponsors or FDA would prefer not to disclose.”

The court also held that it could not grant relief on a separate claim, which asked for an order requiring NIH to post public notices of noncompliance whenever sponsors fail to submit results. Seife and Lurie are considering a potential appeal of this claim with their legal team.

MFIA is a student clinic at Yale Law School dedicated to increasing government transparency and advancing the public’s right of access to information. TLP is a student clinic at NYU School of Law focused on issues at the intersection of technology, law, and social justice. The lawsuit does not represent the institutional views of Yale University or NYU, if any.