This past weekend while grocery shopping at my neighborhood Giant supermarket, I noticed a surprising number of products claiming to be “non-GMO.”  For many consumers, those claims probably raise several questions.  Are foods that contain ingredients from GMOs (genetically modified organisms) safe?[i]  Is the “non-GMO” label claim accurate?  Are those label claims just a marketing ploy to get consumers to purchase the product at a higher price?

Personally, I don’t go out of my way to purchase products with a non-GMO label because there is an international scientific consensus that ingredients from existing genetically engineered (GE) crops are safe to eat and nutritionally identical to their conventional counterparts.  A recent National Academy of Sciences report thoroughly reviewed all available evidence on GMO crop safety and concluded that “no differences have been found that implicate a higher risk to human health and safety from these GE foods than from their non-GE counterparts.”[ii]  That same conclusion has been reached by other respected scientific and regulatory bodies, including the European Commission, the World Health Organization, and the U.S. Food and Drug Administration.

Consumers who want to purchase non-GMO foods should be able to do so and feel confident that claims are truthful and accurate—not just marketing ploys.

Some companies market their food product as “non-GMO” to create a nonexistent distinction that gives them a competitive advantage (sometimes at a premium price).  For example, Tropicana Orange Juice includes the “Non-GMO Project” seal on its package, yet its sole ingredient is oranges, and there are no commercially grown, genetically engineered oranges.  Every brand of orange juice is naturally “non-GMO,” provided the only ingredient is oranges.  The same can be said for Emerald Natural Almonds or Woodstock Peanut Butter, which both have “Non-GMO Product” seals even though their only ingredient is almonds or peanuts, and there are no GM varieties of those nuts. 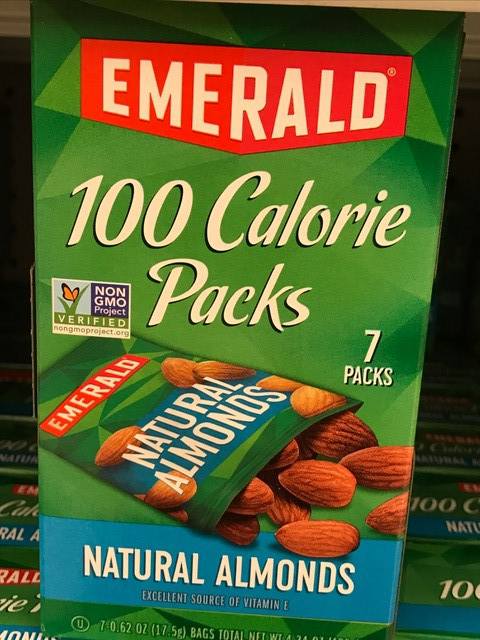 The Non-GMO Project is the largest verifier of non-GMO foods with more than 43,000 products bearing its seal.  While it discloses its verification standards if consumers want to read them, it can hardly be called a neutral provider of information. The Project’s website includes “alternative facts” about the safety of foods and ingredients made from current GM crops.  For example, there is a false statement that “there is no consensus on the safety of GMOs.”  The Project claims that “[m]ost developed nations do not consider GMOs to be safe and have significant restrictions or outright bans on the production and sale of GMOs.”  However, the United States, Canada, Argentina, Brazil, Japan, South Korea, Australia, the United Kingdom, the Netherlands, Spain, China, India, and numerous other countries recognize that GMO crops are safe.  The Non-GMO Project is sowing doubts about the safety of GM products to increase sales of its verified products.  It should not be allowed to make those false statements.  In addition, with its unscientific perspective on GMOs, the Non-GMO Project seal should not become the default national marketplace standard for non-GMO product verification. 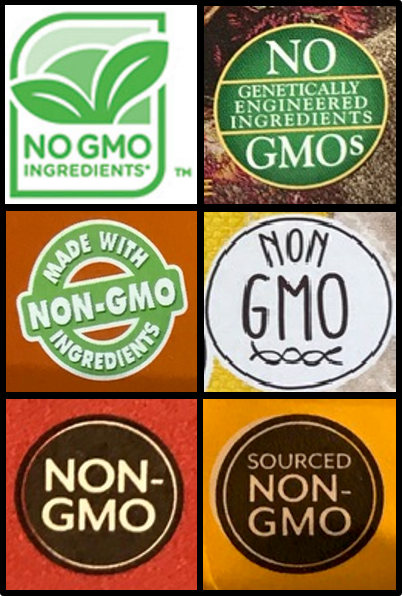 While most non-GMO labeled products in the supermarket include the “non-GMO Project” seal, some companies self-determine their own non-GMO status.  For example, Amy’s Kitchen’s frozen Indian dinners have a green “NO GMOs” label; the box for Quorn Chik’n Cutlets states “MADE WITH NON-GMO INGREDIENTS;” Buitoni’s pasta labels say “NO GMO INGREDIENTS;” and labels for Schar’s Cocoa Wafers have “NON GMO” in a white circle.  King Arthur flour products have two different claims: its 100% Whole Wheat Flour claims to be “NON-GMO,” while its Unbleached Self-Rising Flour states that it was “Sourced Non-GMO.”  (In fact, no wheat flour on the market comes from GE wheat.)  Each of those companies established a standard for what it considers “non-GMO” and created its own symbol and language to market that claim to consumers.  For the consumer, it is often difficult—if not impossible—to find out what a company considers to be “non-GMO” (some companies have information on their website while others do not).

Consumers who want to purchase non-GMO foods should be able to do so and feel confident that claims are truthful and accurate—not just marketing ploys.  Instead, when shoppers take a trip down a grocery store’s aisles today, the non-GMO claims they see come from either (1) an organization that spreads inaccuracies about the safety of foods containing ingredients from GMOs, or (2) self-certifying companies that use their own symbols and often unknown verification standards.  The federal government needs to establish a national definition of “non-GMO” and oversee how that term is used.  While there is nothing unsafe about foods made from GMOs, if consumers want to purchase a non-GMO product, they should have confidence that the claim is truthful, accurate, and verified by an independent and neutral authority. 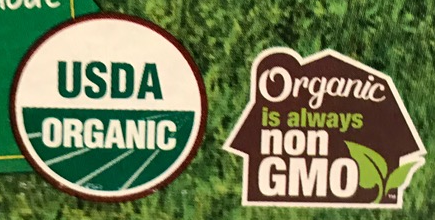 Until the federal government establishes a non-GMO standard for food products, consumers who want non-GMO foods should look for the “organic” label.  Organic foods must meet a uniform federal standard (including that they be free from genetically engineered ingredients), and “organic” claims are verified by an independent third party.  As Annie’s Shells and White Cheddar Macaroni and Cheese says on its package, “Organic is always non GMO.”

[i] A genetically modified organism is created when a scientist removes a gene from one organism (or a specific variety of an organism) and transfers that gene to a different organism (or a different variety) using tools that allow for the manipulation of DNA at the cellular level.