The Right to (Not) Try 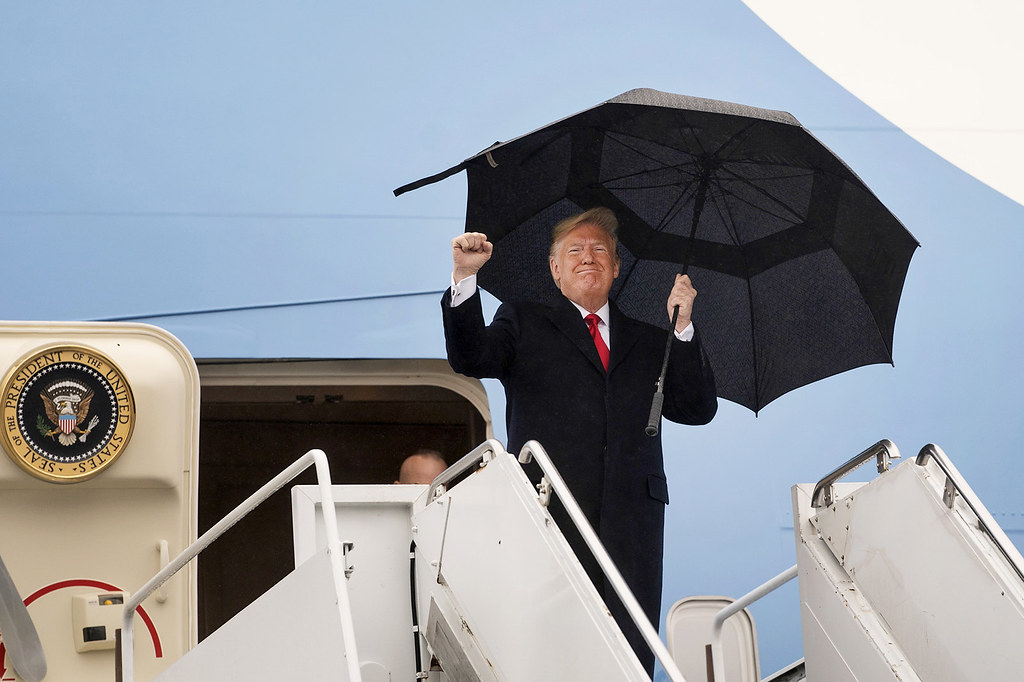 In the past few days, we’ve all been buffeted by the extraordinary news that the President and First Lady have been infected with SARS-CoV-2, the virus that causes COVID-19. There is much to say about whether the administration is being fully forthcoming about the circumstances of the President’s infection, others who may also have been exposed, and his current medical situation. Perhaps we’ll get to those in a subsequent post.

But, for now, I’d like to focus on a couple of relatively narrow aspects of the President’s clinical care.

We’ve been told that the President has been treated with a slew of drugs, some proven effective (like remdesivir and dexamethasone), others not (Vitamin D, zinc), and some highly experimental (Regeneron’s monoclonal antibodies). There’s also the matter of the antacid famotidine, a subject of my recent Congressional testimony, which has been pushed by HHS Assistant Secretary for Preparedness and Response Robert Kadlec and his associates in ways that appear dubious.

Most of the media seem to assume that the multiplicity of medications, combined with the fact that the effective ones are indicated only for sicker patients, suggests that the President is sicker than his handlers are letting on. That may be. But it’s also possible that the President is being overtreated in ways that go beyond the evidence.

The drug attracting the most attention has been Regeneron’s REGN-COV2, a combination of a couple of monoclonal antibodies targeting the virus. The only study I can find, itself unpublished, is this one claiming effectiveness in treating SARS-CoV-2 in rhesus macaques and hamsters. Well, that kind of animal evidence doesn’t get you very far, as such findings often don’t convert into efficacy in humans.

And then there’s the claim that REGN-COV2 reduced viral load and symptoms in patients with COVID-19. Five problems with that one: 1. Reducing viral load does not automatically mean there will be clinical benefits, so we need to see data on hospital discharge and mortality; 2. The viral load reductions and “clinical benefits” were confined to those without antibodies at baseline (a subanalysis subject to misinterpretation); 3. The claimed “clinical benefits” were not statistically significant anyway; 4. The study was conducted on non-hospitalized patients, so may not apply to the President (who seems to have difficulty staying hospitalized anyway); and 5. The only available evidence is this press release—nothing has appeared in a peer-reviewed medical journal. The press release in question, by the way, was put out three days (or should I say “within 72 hours”?) before the President announced he had tested positive. Let’s hope the treatment helps the President, but the evidence base is pretty skimpy at present.

You may be wondering how a product with such a thin line of supporting evidence came to be in an arsenal of drugs administered to the President Of The United States. Perhaps unsurprisingly, you can find the answer on the golf links: Regeneron CEO Leonard Schleifer is a longstanding member of Trump National Golf Club Westchester.

By the way, many observers seem to think that because he’s the President we ought to pull out all the stops. But drugs and viruses don’t discriminate between the President and mere mortals, as the President’s infection so aptly demonstrates. The President is no less likely to experience adverse effects and no more likely to derive benefit from unproven drugs than anyone else. I see no evidence-based reason why his treatment should be different than anyone else’s.

There’s also a distinct irony in how the President obtained access to the drug. Regeneron had been reserving its product for clinical trials (hoping to ultimately use the data to gain FDA approval) and had provided the drug to “fewer than 10 others”, according to the Washington Post. These few instances have occurred through the FDA’s expanded access program, on which I worked when I was at FDA. The irony here is that the President decried the inadequacy of that program, even though FDA approves about 99% of all expanded access applications it receives, and instead signed a Right to Try bill in 2018 that took the FDA out of the process. Yet, when push came to shove, it was the expanded access program, not Right to Try, through which the President secured access. That’s not too surprising. As my colleague Josh Sharfstein and I mentioned in this piece in the British Medical Journal back in April, fewer than 10 patients had ever used Right to Try, including none for COVID-19.

I wish the President and the First Lady well. And here’s hoping the experimental therapies add to the proven effective drugs and supportive care, and hasten his recovery. But at this juncture, there’s no compelling reason to think they will.

Topic:
Beyond the Curve FDA COVID-19