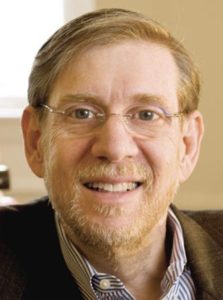 David Kessler is former commissioner of the Food and Drug Administration, former dean of the Yale University Medical School and the University of California, San Francisco Medical School, and a physician. He chairs the Board of Directors of the Center for Science in the Public Interest, which publishes Nutrition Action. He spoke to NA’s Bonnie Liebman about his new book, Fast Carbs, Slow Carbs: The Simple Truth about Food, Weight, and Disease.

Q: Why did you write your new book, Fast Carbs, Slow Carbs?

A: People hear about different diets, and they’re confused. The goal was to simplify what we can all agree on.

The book comes down to three basics. If you markedly reduce fast carbohydrates, lower your blood levels of LDL—or low-density lipoproteins—and engage in moderate-intensity exercise, that should have a profound effect on your health.

Q: What are fast carbs?

A: Fast carbs are sugars and rapidly digestible starches like white flour and white potatoes. They’re any carbs that are digested in the upper part of the gastrointestinal tract.

Slow carbs are vegetables, fruit, legumes, and other carbs that resist complete digestion until they move further down the GI tract.

By destroying the inherent structure of food and turning it into highly processed fast carbs that can be digested rapidly, I believe that we are damaging our bodies.

Q: Are you talking about stripping the bran and germ from whole grains?

A: Yes. Anything made of refined flour is a fast carb. But even some foods that are made with whole-grain flour can be fast carbs if processors add a second step, called extrusion cooking. And there’s no way to be sure from labels if a food has been extruded.

The starch molecules are unpacked and broken down into dextrins, which are shorter chains of glucose. So when you eat them, it’s as though they were predigested.

Q: Why does that matter?

A: First, you’re not chewing as much, so the food goes down in a whoosh.

In a well-controlled study, people ate more quickly and consumed more food when they were offered highly processed foods instead of unprocessed foods.

Q: And they gained weight?

A: Yes. Second, in processed foods, these predigested starches are a delivery vehicle for fat, sugar, and salt.

That makes them irresistible to many people. So fast carbs hijack the appetite, which can also speed eating rate.

As a former industry food designer once told me, by adding fat, sugar, and salt to easy-to-chew refined flour, you create the perfect caloric torpedo.

Q: Why does it matter where carbs get absorbed?

A: They’re a staggering percentage of the calories we consume. We’re eating some 1,000 calories a day of these overly digestible carbs and probably another 500 calories of fat from oil, much of it mixed in with processed carbs.

Q: Are some people at greater risk?

A: Yes. Fast carbs are clearly detrimental for someone with type 2 diabetes. They elevate blood glucose and blood insulin levels more than slow carbs. They’re adding fuel to the fire.

If you remove fast carbs, you can lower elevated levels of glucose, insulin, and hemoglobin A1c, a long-term measure of blood glucose. When Australian researchers put people with type 2 diabetes and obesity on a healthy low-carb diet, they were able to cut down on medications.

Q: What about people without type 2 diabetes?

A: I don’t think anyone asked: What is the effect of flooding the body with a never-ending supply of rapidly absorbable glucose?

That’s pretty astounding, especially when 87 percent of adults don’t meet guidelines for blood glucose, blood lipids, weight, or blood pressure. For the vast majority of us who are overweight or obese, what is the effect of destroying the structure of foods?

I would argue that fast carbs are toxic. Just look around. Our diet has shifted so that a significant portion is these processed fast carbs, and the results are devastating.

Q: The Australian scientists studied a diet low in all carbs. Have studies tested fast versus slow carbs?

A: Researchers have reported that people who ate higher-quality carbs—for example, those with more fiber and less starch—were less likely to develop type 2 diabetes. How many carbs they ate wasn’t linked to diabetes.

My sense is that fast carbs are probably detrimental for people with prediabetes. That’s 90 million of us.

A: There’s no need to. I have no problems with vegetables and legumes. They’re the antithesis of rapidly digestible glucose.

Vegetables like broccoli, cauliflower, and leafy greens are high in fiber and low in starch. And the fiber in legumes like beans, lentils, and chickpeas makes their starch more resistant to digestion.

Q: What about fruit and whole grains?

A: Processed fruits like juices and fruit concentrates are problematic, but if the fruit’s structure is maintained, the advantages outweigh the disadvantages. Is a portion of those carbs rapidly absorbed? Sure. But it’s relatively small.

And I’m a big fan of intact whole grains like bulgur, rolled or steel-cut oats, quinoa, barley, buckwheat, and wheat berries. As long as the intact structure is there, it fits perfectly in a healthful diet. We went astray when we destroyed the natural structure of foods.

Q: Why do low-density lipoproteins matter?

Q: What about lowering LDL with diet?

It’s reasonable to believe that if you can reduce LDL particles by either mechanism—diet or drugs—that can markedly reduce atherosclerotic heart disease. My goal is not to stay where we are. It’s to get everyone’s LDL down.

A: People should check with their doctor. But if you ask cardiologists, they’re trying to get LDL levels down to 70, and certainly below 100. The average is now 112, but nearly 30 percent of us have levels of 130 or higher.

Q: We have to start early in life?

A: Yes. You start accumulating LDL particles in your artery walls when you’re a teenager and a young adult. It’s like pack-years for smoking—how many packs of cigarettes you smoke for how many years. For some people, it’s not easy to reverse 40 or 50 years of LDL accumulation.

A: Aim for at least 30 to 60 minutes a day of aerobic exercise at a moderate level of intensity like brisk walking. If you exercise more vigorously, you can gain the same benefit in perhaps half the time. Strengthening your muscles with resistance training at least twice a week is also important.

Q: Why does exercise matter?

A: It’s hard to maintain lost weight without exercise.

When you lose weight, the body lowers its resting metabolic rate. Exercise helps you burn more calories, and it gives you a safety valve for any excess calories you consume.

Exercise also helps to maintain insulin sensitivity. In type 2 diabetes or prediabetes, blood glucose levels stay elevated because our cells aren’t sensitive to the insulin we make. Exercise helps the muscles take up more glucose from the blood.