“New data shows that nearly 40 percent of them were obese in 2015 and 2016, a sharp increase from a decade earlier, federal health officials reported Friday.” True, but that’s not the whole story.

It is troubling that almost 40 percent of adults have obesity. But most media reports neglected to mention that the rest of us aren’t exactly trim.

If you add the roughly 30 percent of adults who are overweight, now you’re talking 70 percent of Americans who are carrying around extra pounds.

Granted, it’s obesity—not overweight—that has soared since around 1980. And yes, having obesity puts you at greater risk of disease than being overweight. But being overweight is far from harmless.

The biggest danger: type 2 diabetes. Roughly 46% of adults now have prediabetes or diabetes (mostly type 2). Of those with diabetes, 26% are overweight and 61% are obese.

The risk for diabetes doubles even in the upper half of the normal weight range. Likewise, being overweight (or having obesity) increases your risk of high blood pressure, heart disease, and gallstones, plus more than a dozen cancers—including colon, breast (after menopause), esophagus, gallbladder, pancreas, uterus, ovaries, kidney, and liver. 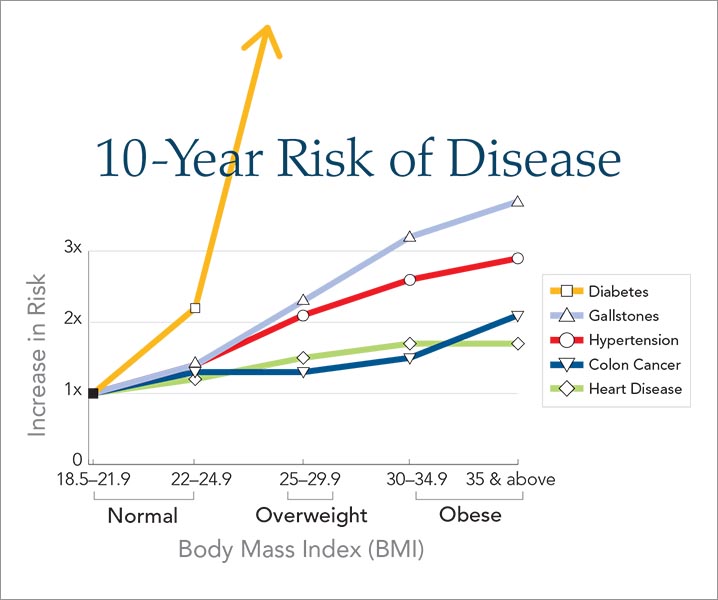