“Consumers are often surprised to learn that most of the chemicals used in everyday cosmetics are not thoroughly tested for safety,” says Robin Dodson, a scientist at Silent Spring Institute. “No one is minding the store.”

“A 2004 survey estimated that women use about a dozen personal care products every day, which exposes them to more than 165 unique chemical ingredients,” says Janet Nudelman, director of the Campaign for Safe Cosmetics, a program of the Breast Cancer Prevention Partners that works to eliminate exposure to toxic chemicals. “And that’s probably an underestimate.”

(Don’t forget men: Sales of cosmetics for them are booming.)

Before a cosmetic comes to market, what hoops must it jump through?

The Food and Drug Administration is tasked with regulating the cosmetics industry, but thanks to a 1938 law, the agency’s hands are essentially tied.

The European Union bans or limits cosmetic ingredients if a pre-market review shows that they may cause cancer or mutations or harm a fetus. Not so here.

“There is no required FDA pre-market safety testing or review on any of the personal care products that we use today,” says Nudelman. In contrast, drugs require extensive safety testing.

“There are about two pages of federal law that exist to regulate the $90 billion cosmetics industry,” notes Nudelman. “The FDA has no idea what constitutes the full universe of ingredients used in cosmetics or if they are safe.”

“The FDA requires that cosmetics be labeled with all intentionally added ingredients,” explains Silent Spring Institute’s Robin Dodson. (The nonprofit group studies how chemicals in the environment affect women’s health.)

“But we’ve found that some ingredient lists are incomplete. For example, phthalates are almost never listed.”1

Phthalates (THAL-ates) are a family of chemicals primarily used to make plastics more flexible, though they are also used in nail polish, hairspray, and fragrances in cosmetics.

Studies suggest that some phthalates are hormone disruptors.2 (“Disrupt” means that a chemical can turn on, turn off, or change the signals sent by hormones like estrogen, testosterone, thyroid hormone, and insulin.)

Virtually all Americans have phthalates in their bodies—not just from cosmetics but from food, food packaging, household dust, shower liners, and more.3 In some studies, higher phthalate levels in urine have been linked to problems like lower sperm count in men and lower success rates in women undergoing in-vitro fertilization.4,5

So why are phthalates often missing from the label? Ingredients used to make fragrances and flavors don’t have to be labeled, Nudelman explains. “That one word—‘fragrance’ or ‘flavor’—on a product label can hide dozens of chemicals, some of which are linked to cancer, hormone disruption, asthma, et cetera.”

Why do fragrances and flavors get a pass? “They’re protected as trade secrets. It’s a big black box of secrecy.”

If a cosmetic is unsafe, what can the FDA do about it?

“The FDA has no mandatory recall authority,” Nudelman explains. The agency can only ask a company to voluntarily recall a cosmetic, and that’s only if it’s adulterated or misbranded.

What’s more, she adds, “companies aren’t required to tell the FDA if they’re receiving complaints from their customers.”

(In 2016, Chaz Dean settled a class action lawsuit for $26.3 million, though the company insisted that the conditioners—which are still being sold—are safe.)

Are the levels of chemicals in personal care products too low to be harmful? After all, as toxicologists often argue, “the dose makes the poison.”

Dodson and others don’t buy it.

What’s more, “exposures can add up. Let’s say you use multiple products that contain chemicals that all act like estrogen. The effect may be larger than if you were to use only one product.”

For example, “when pregnant animals are exposed to a mixture of testosterone-disrupting phthalates, the effects are cumulative, meaning they work together to disrupt the development of the fetus."6 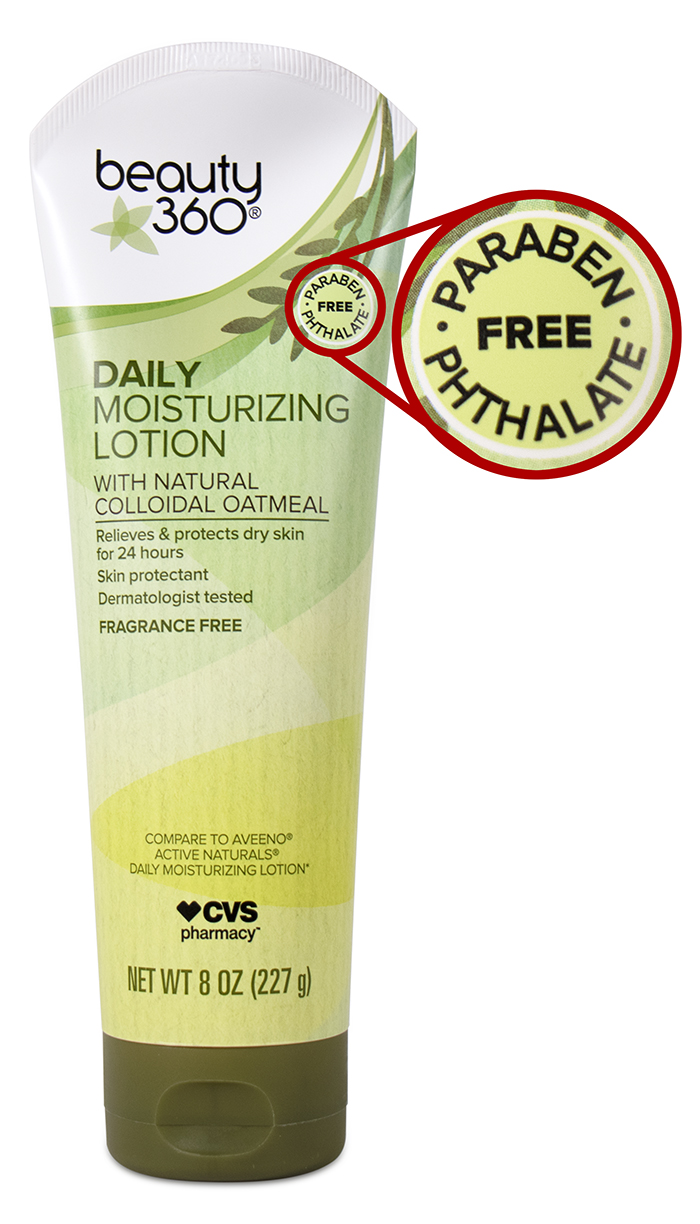 The FDA has received no adverse reaction reports about most cosmetics, and most ingredients are likely safe. But with labels that can hide ingredients and laws that don’t require safety data, people are justifiably wary.

“Consumers are demanding safe products that they can trust,” says Nudelman. In response, a “clean cosmetics” trend has taken off.

But don’t get swept away by claims like “clean,” “gentle,” or “natural.” Companies get to decide what they mean. Think a “hypoallergenic” lotion will be gentle on your skin? “There are no federal standards or definitions that govern the use of the term ‘hypoallergenic,’” says the FDA. “The term means whatever a particular company wants it to mean.”

“This greenwashing can be confusing for consumers,” says Dodson. For example, there are no guarantees that “natural” ingredients are safer than those made in a lab.

Take essential oils, which are often seen as a natural alternative to synthetic fragrances. Some may be hormone disruptors.7 Others can cause allergic reactions.

“We cannot place the burden of selecting safer products completely on the consumer,” says Dodson. “We need to address the lack of regulations.”

Fortunately, change may be coming.

“Three big bills are being considered by Congress,” says Nudelman. They could give the FDA more authority to review the safety of cosmetics and recall unsafe products.

Until the law changes, these tips will help you navigate the cosmetics aisle:

■ Shop smart. CVS, Walgreens, and Sephora have banned or promised to ban most parabens, phthalates, and chemicals that release formaldehyde (a carcinogen) from their store-brand products. The same goes for all “Premium” body care products currently sold at Whole Foods. And Target is working on getting those chemicals out of all of the products it sells.

■ Beware of imports. Due to limited resources, the FDA says that it inspects less than 1 percent of imported personal care products. (The low inspection rates are not unique to cosmetics.) The agency has flagged some for bacterial and heavy metal contamination, as well as high levels of mercury in skin-lightening creams.

■ Watch out for fragrances. Avoid cosmetics that say “fragrance” or “parfum” in the ingredients list. And if a scented product doesn’t list fragrance or parfum, make sure it contains no phthalates.

“No parabens, phthalates or dyes,” says the Johnson’s Baby Powder label. But what about other ingredients, including asbestos, a carcinogen that is often found in the same location as talc?

In July 2018, a jury awarded $4.69 billion to 22 women who claimed that asbestos in Johnson & Johnson’s baby powder caused their ovarian cancer. J&J has appealed, insisting that its powder is safe.

“If women use baby powder on their genitals, it’s possible that the powder could make its way up the reproductive tract to the ovaries and cause cancer,” explains Katie O’Brien of the National Institute of Environmental Health Sciences. That means any powder, not just powder containing talc.

“We pooled data from four studies that included nearly 253,000 women who were followed for an average of 11 years,” says O’Brien.1 The researchers found no clear link between genital powder use and ovarian cancer in the entire group.

“But there may be an increased risk among women who have an intact reproductive tract,” notes O’Brien.

In the roughly 158,000 women in the study who had not had a hysterectomy or had their fallopian tubes tied, the risk for ovarian cancer was 13 percent higher in powder users than in non-powder users. (The powder wouldn’t reach the ovaries of women with no uterus or with their tubes tied.)

Those results don’t prove that baby powder causes cancer. “And if the risk is real,” says O’Brien, “it’s small.”

But why take any risk?

Bottom Line: To play it safe, don’t use baby powder.

Women of color at risk

Women of color use more beauty products than white women.1 And some contain harmful chemicals. For example, some skin-lightening creams may contain mercury, which can damage the nervous system and kidneys.

“Our study found dozens of hormone disruptors, including some that have been banned in the EU, in many hair products used by black women,” says Silent Spring Institute’s Robin Dodson.2

One study followed 46,709 women for eight years.3 Compared to black women who didn’t dye their hair, “breast cancer risk was 60 percent higher for those who used permanent dyes every 5 to 8 weeks,” says co-author Alexandra White of the National Institute of Environmental Health Sciences.

“The type or application of dye may be different for black compared to white women,” suggests White.

Women who used hair relaxers every 5 to 8 weeks had a 30 percent higher risk of breast cancer than those who never used them, regardless of race (though 74 percent of black women—but only 3 percent of white women—used relaxers).

That said, the study can’t prove cause and effect because something else about women who dye or relax their hair may explain their higher risks.

“More research is needed before we can say that the findings are conclusive,” says White.

Can tanning lotions give you a bronze glow without boosting your risk of skin cancer and wrinkles?

The active ingredient in most sunless tanners is dihydroxyacetone (DHA). It makes you look tanned by reacting with amino acids in your skin.

The European Union considers DHA safe, based on studies (mostly in animals) that considered DHA’s ability to be absorbed through the skin or cause skin irritation, toxicity to the reproductive system, cancer, and more.1

But sunless tanners won’t protect your skin from the sun’s harmful rays, so wear sunscreen if you use them. And avoid getting them in your mouth, eyes, or any other area covered by a mucous membrane. (The risks of possible DHA absorption through mucous membranes aren’t known.)

Bottom Line: Sunless tanners are a safer bet than sunbathing or tanning salons.

Do antiperspirants cause cancer?

“You wouldn’t swallow a spoonful of toxic cosmetic ingredients,” wroteTime.com in 2016. “But in some ways, smearing them under your arms in the form of deodorant or antiperspirant may be worse.”

Included in the list of Time’s toxic ingredients: parabens, aluminum, and fragrances.

Although parabens are not commonly used in antiperspirants and deodorants anymore, they are still used in some shampoos, conditioners, lotions, makeup, and other products.

But the evidence on cancer is weak. In the two largest studies, on a total of roughly 2,000 women, those who reported using antiperspirants (or deodorants) up to once a day had no higher risk of breast cancer than those who said they never used them.1,2