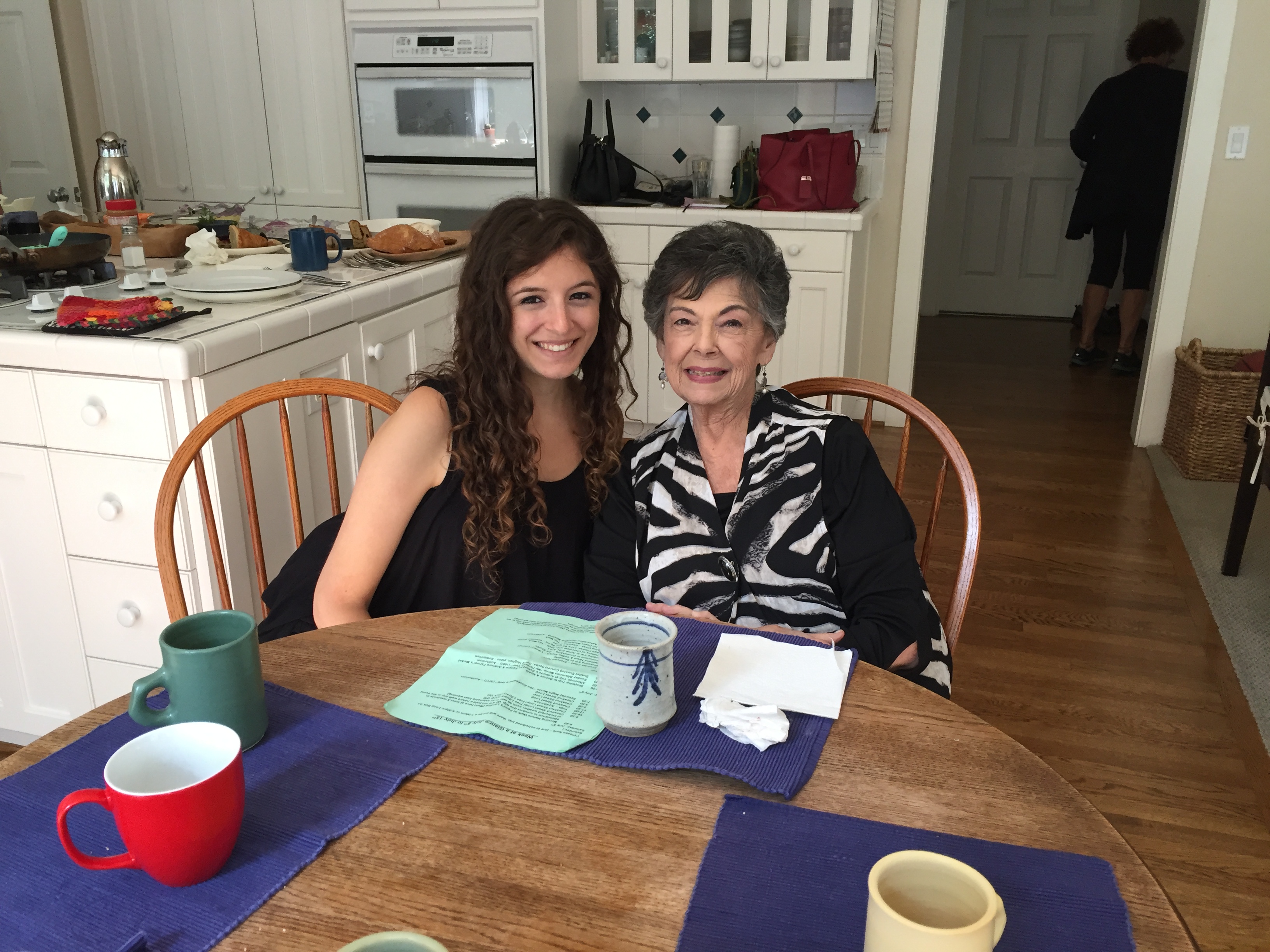 By CSPI policy associate Jessi Silverman. See all Beyond the Curve posts.

Until recently I followed the curve of this pandemic with an abstract, scientific lens—partly as a coping mechanism, but it’s also in my nature as a public health advocate. In public health, we reverently trust in data to lead us to answers, to solutions. And unlike the field of medicine, which conventionally treats the health problems of individuals, public health approaches disease at the population level. The potential to improve the health of so many lured me to pursue a career in public health years before I got my first full-time job here at the Center for Science in the Public Interest. I am no less passionate today about the capacity of evidence-based, population-level approaches that we use to prevent disease and save lives. But the last couple of weeks have rendered these measures painfully inadequate for me to make sense of this pandemic.

That’s not to say that it didn’t affect me personally from the beginning—there are few among us whose day-to-day lives have not been drastically changed by this crisis. My usual routine of commuting to work, fitness and improv classes, and weekend gatherings of friends promptly disintegrated in mid-March. My family replaced our cherished annual Passover seder with a Zoom call. My friends’ destination wedding that I looked forward to attending in Greece this spring is postponed.

These losses hurt, but I took comfort in the fact that my loved ones and I were healthy. Reading the news and taking in the daily upticks in cases and deaths was sobering, but the aggregated data allowed me to stay one degree removed from the suffering and tragedy represented by each one.

At the same time, I worried for my grandmother, living in a high-rise apartment community for older adults in downtown Philadelphia. Like most retirement and long-term care facilities of late, hers stopped allowing visitors months ago and imposed increasingly strict physical distancing measures for staff and residents thereafter. I called her more frequently than usual, wanting to be a source of comfort while she felt trapped and alone. At eighty-nine, my Mom-Mom retained all her wits and took a great deal of pride in her independence, even as she was somewhat physically handicapped. She had a remarkable quality of life for someone her age, which she attributed to not thinking of herself as an “old” person.

Inevitably, it seems, the building got its first positive case. Next I heard, there were 18. I called Mom-Mom and she sounded hoarse, but she brushed it off as nothing. A week later, when my cousin couldn’t reach her by phone, staff entered her apartment and found her very ill. She stubbornly refused to go to the hospital for hours, not wanting to accept what was happening to her and the loss of agency that would entail. My dad, her son, begged her by phone to go get the care she obviously needed. Eventually she relented and was admitted to a nearby hospital with a fever and low oxygen. Within hours, her COVID-19 test came back positive. Imaging of her lungs showed pneumonia.

I won’t go into details about the course of her illness and the decisions made about her care. Suffice it to say that the next week was an agonizing roller coaster of hope and despair for my family, made so much worse by the fact that we could not be with her in person. The nurses would hold the phone up to her ear so we could talk to her, even when she became so sick that she was unable to communicate.

When it became clear that it wouldn’t be long, her care team made her comfortable and assured us that she wasn’t in pain and that she wasn’t alone. She passed in the early hours of the morning after Mother’s Day.

Florence Tobye Silverman nee Supak was born in 1930, the youngest of four children of Eastern European Jewish immigrants. Her family called her by her Yiddish name, Feggie. She lived in the greater Philadelphia area her entire life. She remained close with her three best friends from high school until she died. She was a voracious reader and the first woman in her family to go to college. She was married to my grandfather from 1954 until he died in 2003. She was also a loving mother, grandmother, sister, aunt, and friend, and beloved as a kind, generous, and incredibly thoughtful and considerate person. She never failed to remember our birthdays, our anniversaries, our pets, and what was important to us. She routinely went out of her way to honor her family and friends but hated being the center of attention herself, so I hope she wouldn’t mind me writing this.

Eighty-nine years is longer than a lot of people get in this life, but it was still too soon. Not only did the virus take her from her family and friends, it stole from us our ability to grieve together in person. The comfort we want most after a loss, to be surrounded and embraced by loved ones, is unsafe because of this cruel disease.

Behind every death counted in the total there is an individual who had a meaningful life and leaves behind loved ones in mourning. Now, I know the pain that the data can’t convey. I can only hope that the more we tell the stories of the victims and survivors, the more our policymakers and the public will comprehend the devastation that awaits so many more Americans if we do not heed public health recommendations. The scientific evidence on COVID-19 that accumulates by the hour cannot make our grief less painful, but it can point the way out of this crisis. In the meantime, my heart goes out to all who mourn.

Jessi Silverman is a Policy Associate and the Mark & Sushma Palmer Public Health Advocacy Fellow at CSPI, working to strengthen the Dietary Guidelines for Americans and increase access to healthier food in public places, worksites, and other institutions. She is a registered dietitian, earned her MSPH in Human Nutrition from Johns Hopkins University and holds a BS in Nutritional Sciences from Cornell University. Prior to joining CSPI, Jessi was a research assistant at the Johns Hopkins Center for a Livable Future and completed internships at CSPI, the Philadelphia Department of Public Health, and MANNA.