All were sold as supplements with natural ingredients. In fact, Food and Drug Administration tests showed that they also contained prescription drugs, including some that the FDA has taken off the market. They may be the tip of an iceberg.

“Take one Rhino 7 capsule one hour before sex to help energy, libido, and sexual performance,” directed the label.

In October 2017, the FDA announced that Gadget Island, Inc., was voluntarily recalling Rhino 7, along with three similar supplements—Fifty Shades, Grande X, and Papa Zen—after the agency found that each was laced with sildenafil (Viagra), tadalafil (Cialis), or similar drugs that are used to treat erectile dysfunction.

That was no surprise. Between 2007 and 2016, the FDA found 746 supplements that contained hidden drugs. Nearly half were Viagra-like drugs in supplements for men. 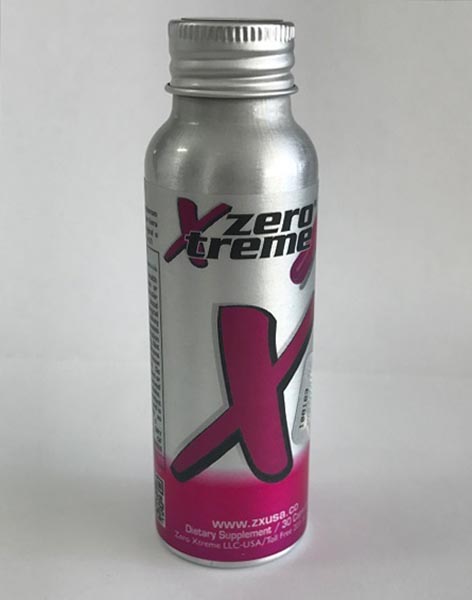 One of 317 weight-loss supplements that were found to contain a banned drug.[/caption]

“The FDA took sibutramine off the market in 2010 because a large study reported an increased risk of strokes and heart attacks in people taking it,” says Cohen.

Some weight-loss supplements also contained phenolphthalein (a laxative that the FDA took off the market in 1999 because it might cause cancer), Prozac (an antidepressant), or other drugs.

Steroids or steroid-like ingredients also showed up in many muscle-building supplements, though they appeared less often after 2011.

Are we seeing the tip of an iceberg?

“We don’t know because the FDA doesn’t routinely test supplements for adulterants, even potentially dangerous ones such as these prescription drugs,” says Cohen.

“And the FDA doesn’t say how many different brands it tested to find the 700-plus adulterated brands, so we don’t know what percentage of all supplement brands have these drugs.”

Even more troubling: many of those drug-spiked supplements may still be for sale.

“The FDA is supposed to make sure that these products are removed from the market,” says Cohen. “But it often did nothing at all. More than half the time, the FDA didn’t even announce a recall of the products.”

In some cases, the FDA might have requested a recall and the company refused, he notes. But the agency could have done more than ask.

“The FDA has other tools and options to encourage a company to pull a product off the market,” explains Cohen. “It could send warning letters, send inspectors to the firms, or do mandatory recalls.”

Why does that rarely happen?

“It’s inexplicable,” says Cohen. “When it comes to supplements, the FDA’s job is to identify adulterated and potentially hazardous ones. These would jump out as on the top of that list.”

The FDA “is committed to doing everything within its resources and authorities to identify and remove unsafe products from the market,” the agency told the Washington Post in October.

“The FDA spent the resources to do the chemical analyses to determine that the supplements were adulterated with drugs,” he says. “So there’s no reason for it not to make sure that consumers aren’t exposed to these drugs.”

Selling sex supplements for men is a thriving business.

“Some men want to avoid the embarrassment or cost of seeing a doctor to get a prescription,” says Cohen. “Others may think that supplements are safer than drugs.”

Worse yet, “some men may buy these supplements because a doctor told them to avoid Viagra or Cialis.” 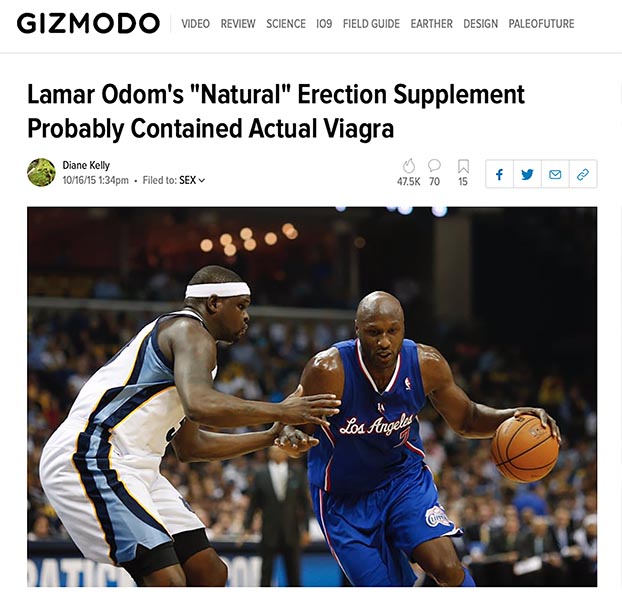 In 2015, former NBA star Lamar Odom (right) collapsed in a Nevada brothel after using cocaine. He also reportedly had taken up to 10 doses of Reload over three days. The FDA found hidden Viagra in Reload in 2013.[/caption]

“If these supplements just had the regular dose of Viagra, the only concern would be about low blood pressure if you combine it with nitrates,” he explains.

“However, companies are adding more than 80 different versions of Viagra-like drugs, many of which have never been tested in humans.” 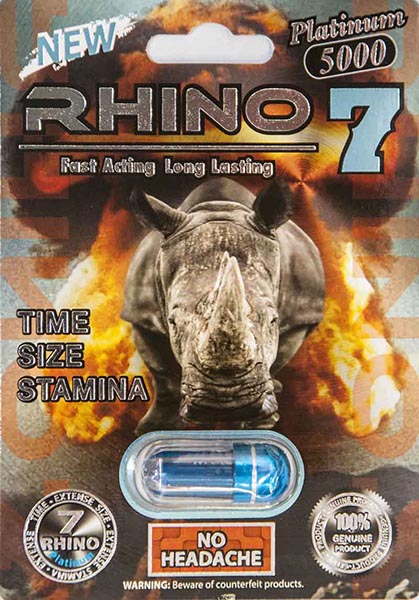 The FDA found Viagra-like drugs in some 350 “sexual enhancement” supplements.[/caption]

Viagra inhibits a family of enzymes called phosphodiesterase-5 (PDE-5). That’s what makes it effective in treating erectile dysfunction. Different versions of Viagra-like drugs may inhibit PDEs that affect other organs. “And those other versions could have unknown or unpredictable side effects,” says Cohen.

Another example: amphetamine-like stimulants in weight-loss or sports supplements.

“A few years ago, we looked at replacements for ephedra, a stimulant that was banned back in 2004,” says Cohen. “Since then, companies have started adding synthetic stimulants that were never tested in humans or never approved in the United States.”

Between 2013 and 2016, the FDA told companies to stop using stimulants like 1,3-DMAA, oxilofrine, and BMPEA. The labels listed an ingredient called Acacia rigidula.

“That was a code name for a synthetic amphetamine analog, BMPEA,” says Cohen.

“It’s an untested drug that short-circuited the FDA approval process. So consumers are exposed not just to pharmaceutical drugs but also to experimental ephedra replacements.”

When Cohen tested 12 brands of weight-loss and sports supplements in 2017, most still had oxilofrine. “On top of that, we saw DMBA, which wasn’t originally in these supplements.”

Wouldn’t we know if tainted supplements were harming people? Not necessarily.

“There’s no effective system to detect harms from supplements,” says Cohen. “It’s a passive system where people are supposed to report adverse events to the FDA using a form on the web. But it rarely happens.”

That’s partly because neither consumers nor doctors connect the dots. “Most consumers don’t tell their docs that they’re taking these supplements, and most doctors don’t ask,” says Cohen.

And even if they did ask, “doctors wouldn’t necessarily make the connection because they’re thinking, ‘Oh, a botanical mixture couldn’t have caused a stroke.’ So it doesn’t get reported to the FDA.”

The real answer, says Cohen, is changing the law to make sure that all supplements are safe and their claims are honest.

“First off, I would recommend that companies not be allowed to claim that something works when there is no human data to support it. Companies would have less incentive to put these drugs into supplements if they couldn’t advertise them for weight loss or sexual enhancement.”

Second, he says, the law could require companies to let the FDA know what they’re selling before it hits the market.

“If everything were registered with the FDA—not approved, but registered—the agency could quickly turn off or invalidate a registration if a supplement were adulterated with a drug.

“So then if you’re trying to purchase the supplement, it wouldn’t even ring up. It would say, ‘This registration has been withdrawn by the FDA.’”

The information in this post first appeared in the January/February 2019 issue of Nutrition Action Healthletter.

Find this article interesting and useful?

Nutrition Action Healthletter subscribers regularly get sound, timely information about staying healthy with diet and exercise, delicious recipes, and detailed analyses of the healthy and unhealthy foods in supermarkets and restaurants. If you don’t already subscribe to the world’s most popular nutrition newsletter, click here to join hundreds of thousands of fellow health-minded consumers.

Send us an email at comments@nutritionaction.com. While we can’t respond to every email, we’ll be sure to read your message.