Why Grapefruit Doesn’t Mix with Some Medications 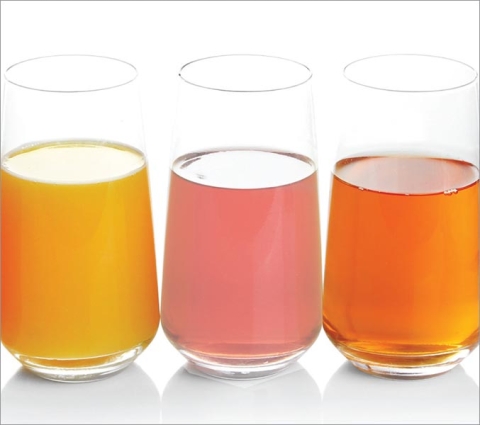 In the late 1980s, researchers wanted to test whether drinking alcohol interfered with a new blood-pressure-lowering medicine called felodipine.

“To make this study more scientifically valid, we tried to find a beverage that would mask the taste of the alcohol,” says David Bailey, professor emeritus of clinical pharmacology at the Schulich School of Medicine at Western University and a scientist at the Lawson Health Research Institute in Ontario, Canada.

“One Saturday evening my wife and I went through everything we could find in the refrigerator.” The best masker: grapefruit juice.

“This was a huge effect that no one had ever seen before with food,” says Bailey. “It took a while to convince people that it was real.”

Could grapefruit mess with other medications? Bailey and his colleagues went on to uncover the two ways it can.

Felodipine was the first example. Grapefruit inhibits cytochrome P450 3A4 (CYP3A4), a key enzyme that breaks down many drugs in the small intestine and the liver. With the enzyme hobbled, a higher dose of the drug ends up in your blood.2

Bailey says that upwards of 100 medications may be affected (though not all lead to serious side effects).

Some of the best known are the cholesterol-lowering statins atorvastatin, simvastatin, and lovastatin. Consuming even a normal amount of grapefruit juice or grapefruit increases the risk that the statins will cause muscle pain or damage that in rare instances can lead to kidney failure.2

It’s safest to avoid grapefruit juice—and eating grapefruit—altogether if you’re taking any of those statins, says Bailey. (Grapefruit is unlikely to boost the effects of fluvastatin, pravastatin, pitavastatin, or rosuvastatin, which are not metabolized by CYP3A4.)

The culprit: furanocoumarins, a group of naturally occurring chemicals in grapefruit that can also show up in pomelos and Seville (bitter) oranges, which are used to make marmalade. Other (sweet) oranges are okay.

The impact differs from person to person. “Everybody has CYP3A4 in their gut, but the amount varies,” explains Bailey. “And unfortunately, the interaction is not readily predictable.”

It’s not enough to drink only a small glass of juice, or to drink it a few hours before or after your medication.

“Furanocoumarins are very potent,” Bailey says. “There is enough in 7 oz. of grapefruit juice to inactivate the enzyme.”

And the effect can last for days…until your body makes new enzyme.

In a second group of medications, grapefruit and some other juices have the opposite effect: They make it harder for the drugs to be absorbed.3

That’s why the label of the allergy drug fexofenadine (Allegra), for example, says “Do not take with fruit juices.” (So far, only grapefruit, orange, and apple juices have been tested.) Compounds in the juices interfere with some uptake transporters on our intestinal cells that absorb drugs.

“The worry here is that you’re losing the benefit of the drug,” explains Bailey. The good news: the effect is short-lived. You just need to take the drug about four hours before or after a glass of juice.3

The information in this post first appeared in Nutrition Action Healthletter in April  2018. This post doesn’t replace medical advice. Always check with your provider or pharmacist.