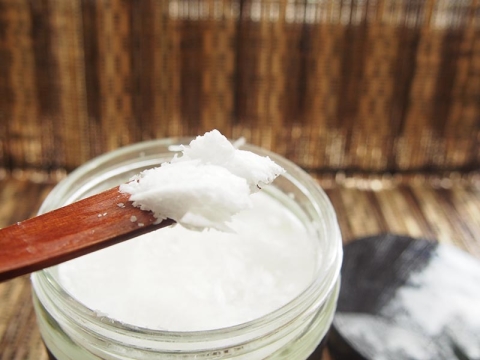 According to a recent survey, 72% of Americans classify coconut oil as a “healthy food.” Here’s what the science says.

A 2017 American Heart Association panel reviewed the evidence on which fats in foods raise—and which lower—the risk of cardiovascular disease (CVD). The experts’ findings: “We conclude strongly that lowering intake of saturated fat and replacing it with unsaturated fats, especially polyunsaturated fats, will lower the incidence of CVD.” Yet many people have heard that saturated fats are harmless.

Ignore headlines like “Butter is Back” and claims that saturated fat isn’t as bad as researchers once thought. Some of those headlines were triggered by studies with serious flaws.

Several lines of evidence have nailed LDL as a culprit.

“We know that LDL is the main carrier of cholesterol in the blood, and it enters into the walls of major arteries and deposits cholesterol there,” says Sacks. “And that sets off a chronic inflammatory reaction, which helps lead plaque to build up in arteries.”

“Also, people who inherit genes that raise their LDL have a higher risk of heart disease. And pretty much any class of drugs that reduces LDL—like statins, ezetimibe, PCSK-9 inhibitors, or resins like cholestyramine—also reduces heart disease.”

Are the saturated fats in coconut oil different?

Roughly 80 percent of the fat in coconut oil is saturated. Yet some people claim that coconut oil doesn’t raise LDL. Not true, says Sacks.

In a 2016 paper, researchers reviewed the evidence from seven small trials that compared coconut oil to monounsaturated or polyunsaturated oils, like olive or soybean. They found that LDL cholesterol levels were higher when people ate coconut oil. The increase was statistically significant in six of the seven studies.

Granted, no large trials have tested coconut oil’s impact on heart disease. “In the absence of any 10,000-person study, we have to go on the best available evidence, which shows that coconut oil raises LDL cholesterol,” says Sacks. “And coconut oil has no demonstrated benefits to offset the rise in LDL.”