Here's What the Experience of 18,000 People Tells Us 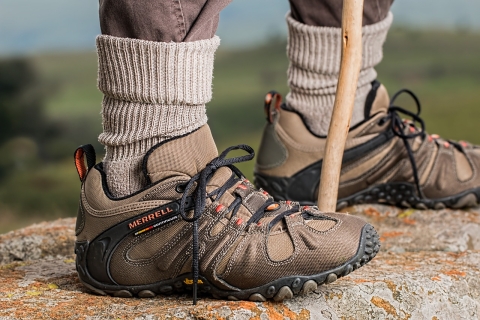 On an average day in the United States, more than 1,600 people will suffer a first stroke and another 500 will have their second or third one. Most will be older than 65.

One of the potentially devastating consequences of a stroke is that it threatens our independence, our ability to perform the chores of daily living for ourselves.

Researchers at the Harvard Medical School and major universities recently identified a major factor that increases the likelihood of our returning to independence and a normal life after a stroke.

The scientists tracked for up to 14 years more than 18,000 men and women aged 50 and older who had never had a stroke. During those years, 3 percent of the participants died from a stroke; 7 percent suffered, but survived, a stroke;  and the remaining 90 percent remained stroke-free.

What did the researchers learn?

First, those who engaged in vigorous physical activity at least three times a week — such as sports, heavy housework, or a job involving physical labor — were less likely to die from a stroke than those who were accustomed to being physically inactive.

Second, if the physically active did suffer a stroke, three years later they were more likely than the physically inactive to be able to take care of themselves.  They were better able to get in and out of a bed, to walk across a room, to dress, bathe, and feed themselves. To be able to take their medications as prescribed, to use a telephone, to grocery shop, prepare meals, and manage their money. All ordinary tasks most of us take for granted until we can’t do them by ourselves.

How Much People Weighed Didn’t Matter as Much

“If people were obese or overweight, it didn’t really tell us much about how they’d do after a stroke,” Pamela Rist, one of the researchers and an associate epidemiologist at Brigham and Women’s Hospital, told Time magazine.  This suggests that people should be paying at least as much attention to their exercise habits as they do to their weight.

Many people don’t know that a stroke may have different warning signs in a woman. What are those signs? What are the risk factors for stroke?  What can you do to lower your risk? Find out more from our new publication, For Women Only.

Find this article about cardiovascular health interesting and useful? Nutrition Action Healthletter subscribers regularly get sound, timely information about how nutrients can affect their health. They also receive science-based advice about diet and diabetes, heart disease, cancer, osteoarthritis, and other chronic diseases; delicious recipes; and detailed analyses of the healthy and unhealthy foods in supermarkets and restaurants. If you’re not already subscribing to the world’s most popular nutrition newsletter, click here to join hundreds of thousands of fellow health-minded consumers.