What’s the word on the low FODMAP diet? 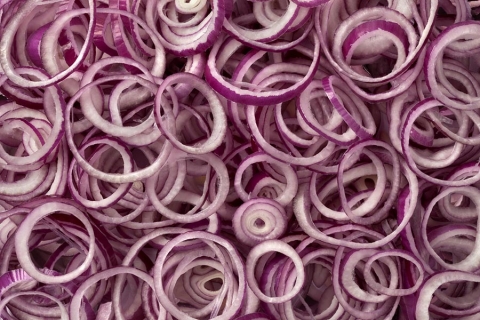 People with irritable bowel syndrome have hypersensitive guts that react to certain foods or medications or to stress and anxiety. It can be debilitating.

“IBS often comes with bloating, pain, and diarrhea or constipation or a mix of both,” says Shanti Eswaran, a gastroenterologist and assistant professor of medicine at the University of Michigan Medical Center.

Doctors don’t know what causes IBS, which affects an estimated 10 to 15 percent of U.S. adults. They even have trouble diagnosing it. “There’s no specific test, imaging, blood marker, or endoscopy that doctors use,” explains Eswaran. “It’s diagnosed based on symptoms.”

And doctors don’t have a great way to treat IBS. “The focus has been on medications that reduce gut spasm, antidepressants that decrease gut sensitivity, laxatives for people with constipation, or anti-diarrheals if that’s an issue,” says Eswaran. “But medications don’t work in many patients, or patients suffer side effects from them.”

What about avoiding foods that trigger symptoms?

“They’re small carbohydrates that are poorly absorbed in the gut,” Eswaran explains.

FODMAPs that aren’t absorbed are eventually fermented by gut microbes. “Everyone’s gut microbes ferment FODMAPs,” says Eswaran. “But people with IBS, we think, are more sensitive to FODMAPs. And that can lead to excess gas, bloating, and diarrhea.”

FODMAPs are in all kinds of foods, from milk, yogurt, and soft cheeses to beans, lentils, and wheat. They’re also in some fruits and vegetables like apples, watermelon, cauliflower, broccoli, onions, garlic, peaches, prunes, and asparagus. Sugar alcohols (xylitol, sorbitol, mannitol, and maltitol) and inulin (chicory root) are also FODMAPs.

Since FODMAPs are in many healthy foods, researchers don’t recommend cutting all FODMAPs for very long.

“We recommend a short-term elimination diet,” says Eswaran. “We usually tell people to cut out all FODMAPS for two to four weeks, under the instruction of a dietitian. If they improve, they systematically add back different groups of FODMAPs to determine what their specific triggers are.”

And that varies. “For example, some people will say, ‘I do fine with wheat and beans, but dairy and onions are an issue,’” says Eswaran.

In a handful of studies, people who cut back on FODMAPs reported fewer IBS symptoms. In the largest one, Eswaran and her colleagues compared a low FODMAP diet to standard advice for IBS in 84 patients.

“We told the standard-advice group to avoid trigger foods—the ones they know cause symptoms,” she explains. “We also told them to avoid large amounts of alcohol and caffeine and to eat small, frequent meals and eat on a regular basis.”

After four weeks, about half the people on each diet reported “adequate relief.” But abdominal pain and bloating were lower in those on the low FODMAP diet.

A low FODMAP diet may help relieve IBS symptoms. If you want to try it, a good starting point is this University of Michigan website: http://myginutrition.com/diet.html.

The information in this post first appeared in the May 2017 issue of Nutrition Action Healthletter.