Beware of one whose ingredient varies wildly.

LDL cholesterol is known as the “bad” cholesterol because having high levels can lead to plaque buildup in your arteries and result in heart disease and stroke, two leading causes of death in the United States. It makes up the majority of the body’s cholesterol.

There are no signs or symptoms of high LDL cholesterol, so it’s important to get your cholesterol checked. If your LDL is high, your doctor may recommend changes in diet and activity habits to control it.

Your doctor may also prescribe medication, such as a statin. Stains slow down the liver’s production of cholesterol and increase the liver’s ability to remove LDL cholesterol that is already in the blood.

Several supplements can also help, though they’re not as effective as prescription drugs and shouldn’t be substituted for the drugs without consulting your physician. 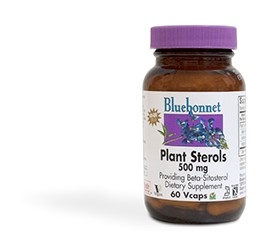 Phytosterols are plant extracts that keep some cholesterol from being absorbed from the intestinal tract into the bloodstream. Their clear effectiveness is probably why so many manufacturers add them to dietary supplements. Phytosterols are also added to a few foods, such as Benecol margarine.

What to look for: Some labels list phytosterols as “plant sterols” or “plant stanols.” Oth­ers use brand names like Reducol, CardioAid, or Cholestatin. 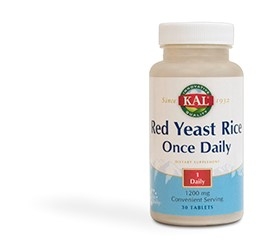 Red yeast rice contains small amounts of nat­urally occurring statin-like compounds. In four good studies, LDL cholesterol dropped by an average of 20 percent in people who took 1,200 to 3,600 milligrams a day of red yeast rice for two to six months.

But watch out!  According to consumerlab.com, an independent laboratory that analyzes supplements, only three of nine brands it tested contained enough of the LDL-lowering com­pounds to match what was used in good studies. (We can’t tell you which three. That information is available only to consumerlab.com subscribers.)

What’s more, some brands had 300 times more of the active ingre­dients than others. And the amounts in some brands varied dramatically from year to year.

Compounding the problem: most labels don’t list the amounts of the active ingredients in their red yeast rice, so you can’t easily tell how much you’re getting or how one brand compares with another.

Here’s what one consumer wrote to consumerlab.com: “For two years, I used a red yeast rice brand which ConsumerLab.com’s report showed to contain the highest amount of lovastatin. With just one pill per day, it kept my cholesterol lower (down to 205 from 260 before starting). I switched to a supermarket store brand because it was cheaper and my cholesterol jumped to 278 (taking 2 pills per day)! I don’t think the store brand had anything in it.”

Without better information available, it looks like consumers are at a disadvantage in the marketplace. Don’t hold your breath waiting for the FDA to level the playing field.

Taking roughly 7 grams of the soluble fiber psyllium every day for an average of eight weeks lowered LDL cholesterol by about 11 percent. That’s around three rounded teaspoons of Metamucil, the best-known brand.

Prod­ucts that contain at least 1.7 grams of psyllium per serving can legally claim that they may reduce the risk of heart disease. The FDA assumes that people will consume four servings a day of psyllium.

Find this article about supplements that lower cholesterol interesting and useful? Nutrition Action Healthletter subscribers regularly get sound, timely information about how nutrients can affect their health. They also receive science-based advice about diet and diabetes, heart disease, cancer, osteoarthritis, and other chronic diseases; delicious recipes; and detailed analyses of the healthy and unhealthy foods in supermarkets and restaurants. If you’re not already subscribing to the world’s most popular nutrition newsletter, click here to join hundreds of thousands of fellow health-minded consumers.