The surprising extra calories people eat after too little sleep

Be on guard after staying up late for sports championships and election results. 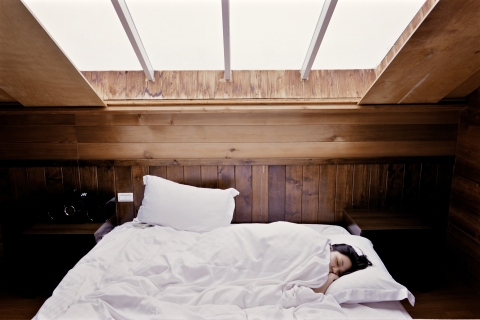 How about an extra big brownie or hot fudge sundae every day? That’s the equivalent of the extra food people eat after getting too little sleep the night before, a new study shows.

Why the extra weight?

One major explanation: we eat more the next day if we don’t get enough sleep.

“There’s substantial evidence from experiments in people that sleep depriva­tion leads to an increase in food intake,” says Marie-Pierre St-Onge, a sleep and obesity researcher at Columbia University in New York.

In a study of hers a few years ago, 30 people in their 30s and 40s ate an average of 300 more calories after being limited to about four hours of sleep a night for four nights than they did when they could sleep as long as they wanted to for four nights.

Now researchers in the United Kingdom have confirmed the effect of too little sleep with a new meta-analysis.

They pooled the results of 10 earlier clinical trials, including St. Onge’s, that varied the sleep time of more than 160 men and women for a few days to a week. Some nights the participants got a full night’s sleep, other nights usually five hours or less. The researchers then monitored how much food they ate during the next 24 hours.

That’s the equivalent of eating an extra Starbucks Double Chocolate Chunk Brownie (380 calories) or a McDonald’s Hot Fudge Sundae (340 calories) every day!  In addition to regular meals and snacks.

Gerda Pot, who led the meta-analysis at King’s College London, cautions that we don’t know yet if people who miss just a little bit of sleep will eat more the next day or whether people continue for years to eat extra calories after regularly getting too little shuteye.

Find this article about sleep and eating habits interesting and useful? Nutrition Action Healthletter subscribers regularly get sound, timely information about how nutrients can affect their health. They also receive science-based advice about diet and diabetes, heart disease, cancer, osteoarthritis, and other chronic diseases; delicious recipes; and detailed analyses of the healthy and unhealthy foods in supermarkets and restaurants. If you’re not already subscribing to the world’s most popular nutrition newsletter, click here to join hundreds of thousands of fellow health-minded consumers.