To skip or not to skip breakfast: that is the question 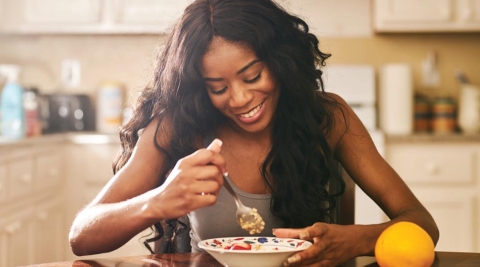 “The idea that breakfast is important for weight or that it kick-starts your metabolism is well ingrained,” says Enhad Chowdhury, a teaching fellow at the University of Bath in England.

“And people who typically consume breakfast do weigh less than those who skip.” (Roughly 20 to 30 percent of adults skip breakfast.)

But that’s not proof that skipping breakfast causes weight gain. Something else about breakfast eaters could make them leaner.

After six weeks, resting metabolic rate and weight were no different in the breakfast eaters than in the skippers. (Presumably, the skippers ate more calories the rest of the day.)

A larger, longer study on 283 adults with overweight or obesity got similar results.  “We told participants, ‘Eat something before 10:00 a.m.’ or ‘Eat nothing before 11:00 a.m.,’” says Marie-Pierre St-Onge, associate professor of nutritional medicine at the Columbia Irving University Medical Center.

“There was no difference in weight change after 16 weeks.”

Chowdhury tested that idea by giving 59 lean adults or adults with obesity either a roughly 500-calorie breakfast or no food before lunch.

“When people skipped breakfast, they did eat a bit more at lunch,” Chowdhury says. (“A bit more” averaged 150 calories for lean people and 50 calories for people with obesity.)

“But it was nowhere near enough to make up for the 500 calories they missed by skipping breakfast,” he says. “They certainly didn’t overeat at lunch.”

However, blood sugar and insulin were higher an hour after lunch when people skipped breakfast. (Insulin tamps down blood sugar by enabling it to enter cells, but cells can be resistant to the insulin.)

“We’re more insulin-resistant later in the day,” says St-Onge. “By eating in the morning, when you’re more insulin-sensitive, blood sugar doesn’t stay in circulation as long.”

The Bottom Line: “There’s not much evidence for the dogma that if you don’t eat breakfast, you’ll suddenly eat a ton of food and gain weight,” says Chowdhury. But eating in the morning may help your insulin work more efficiently later in the day.