Does Exercising in the Fasted State Burn More Calories? 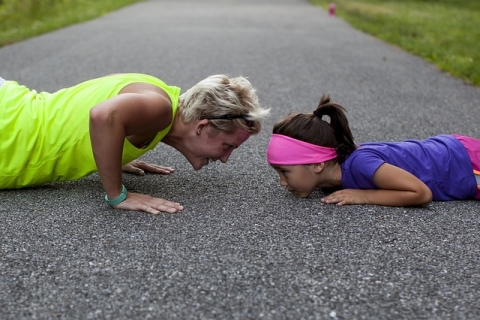 “There’s actually a lot of research that supports skipping eating before exercise to maximize your fat-burning potential,” claims FitDay.com. True…as far as it goes. Which isn’t very.

In small studies in active young men and women, those who did  moderate-intensity aerobic exercise before breakfast—that is, while fasting—burned more fat while they exercised than they did on days they exercised after breakfast. (1)

But that doesn’t mean they had burned more fat by the next morning.

“You have to look at fat burning on a 24-hour basis, or over the course of a week or longer,” says Brad Schoenfeld, an assistant professor of exercise science who heads the human performance laboratory at Lehman College in New York.

Only a few studies have done that.

“If you fast before exercise, you don’t seem to burn more fat over time. It’s the number of calories you burn that determines how much fat you lose over time.”

For example, when 16 overweight or obese young women ate a 440-​calorie meal either before or after a 25-minute high-intensity interval cycling session three times a week, both groups lost the same amount of body fat—roughly a pound—after six weeks. (2)

And in a study by Schoenfeld, 20 young women on a lower-calorie diet lost the same amount of body fat after four weeks, regardless of whether they drank a 250-calorie shake before or after they ran on a treadmill for an hour three times a week. (3)

His bottom line: “If you fast before exercise, you don’t seem to burn more fat over time. It’s the number of calories you burn that determines how much fat you lose over time.”

Advice to exercise before you eat is “an overhyped strategy,” says Schoenfeld. The best time to exercise is the time that works best for you—before or after.

“The most important factor with exercise is adherence,” notes Schoenfeld. “If people think they have to do their workout while fasted but they hate it, they may just quit exercising.”

Find this article about exercise and breakfast interesting and useful? Nutrition Action Healthletter subscribers regularly get sound, timely information about staying healthy with diet and exercise, delicious recipes, and detailed analyses of the healthy and unhealthy foods in supermarkets and restaurants. If you don’t already subscribe to the world’s most popular nutrition newsletter, click here to join hundreds of thousands of fellow health-minded consumers.