White flour, cheese, pepperoni. No one's confusing pizza with health food. But if you keep a box in your freezer for an occasional no-fuss meal, there's good news: a handful of decent pies are showing up in supermarkets. Crusts are getting thinner or adding whole grains. And veggies like shiitake mushrooms, butternut squash, and arugula are replacing some—or all—of the cheese or processed meat. Plus, a new crop of whole-grain crusts lets you make your own pizza with toppings DiGiorno would die for. It’s still tough to dodge most of the salt, white flour, and saturated fat. But if you’re hunting for a better pizza, here are some to try.

Article written by Lindsay Moyer and Bonnie Liebman. The information for the article was compiled by Leah Ettman. 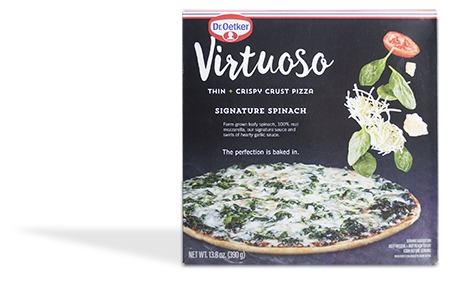 Slice for slice, you get less (typically white) flour and fewer calories in thin-crust pizzas (though the thin crust may lead you to eat more slices).

Your Slice or Mine?

A serving of California Pizza Kitchen Four Cheese Crispy Thin Crust Pizza has the same number of calories (about 300) as a serving of DiGiorno Four Cheese Original Rising Crust Pizza, according to their Nutrition Facts labels.

But even though both pies measure roughly 11 inches across, a serving of CPK’s pizza is one-third of the pie, while for DiGiorno’s (thicker-crust) pizza it’s just one-sixth.

What gives? Labels define a serving of pizza as the fraction that weighs closest to five ounces. So they assume that you’d eat a narrower slice of a pizza that’s heavier (thanks to a thicker crust or extra toppings) than a pizza that’s lighter.

Would you? Maybe. Maybe not.

That’s why we have no Best Bites and no chart that ranks calories or other nutrients in pizzas. The numbers depend on the serving size, and a serving is just too unpredictable.

The bottom line: When you compare Nutrition Facts on pizzas, make sure you do the math to match how much you’re likely to eat. 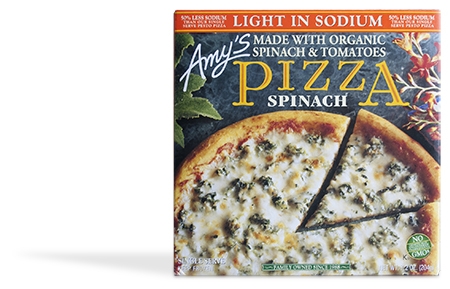 Light in sodium, not taste.

Amy’s Light in Sodium Spinach Pizza proves that it’s possible to get less salt—but no less flavor—in a frozen pie.

The single-serve (7 oz.) pizza keeps the sodium to a modest 390 milligrams (along with 440 calories and 6 grams of saturated fat). Our tasters never noticed the missing salt.

Thanks, Amy. Now how about some Light in Sodium pizzas with whole-grain crust? 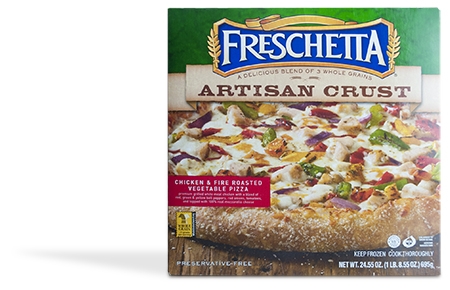 When it comes to grain, don’t confuse “multi” with “whole.”

The “multi-grain crust” in Newman’s Own Thin & Crispy Margherita All Natural Pizza, for example, has more salt than whole grain.

You’re better off with a Freschetta Artisan Crust Pizza (just not the Pepperoni).

The thick crust is 51 percent whole grain. Amy’s Cheese & Pesto Pizza’s crust is also half whole grain, though you’d never know it from the taste.

Or start with a ready-made whole-grain crust and add your own toppings (see “Upper Crusts”). 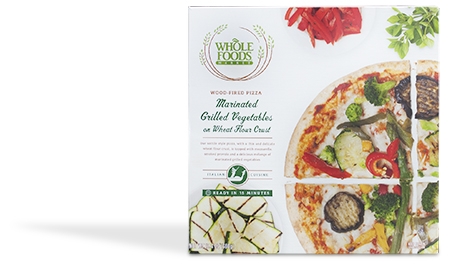 Veggies offer more than flavor. Their potassium may blunt the rise in blood pressure from all the salt in your pizza. 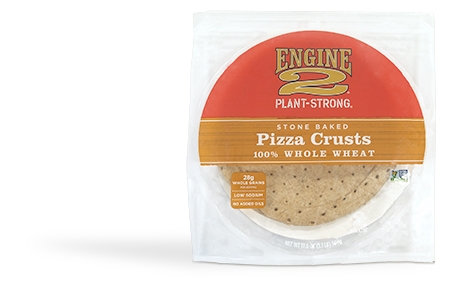 A 100 percent whole-grain crust without too much salt. Nice.

Ten minutes. That’s about all it takes to bake a ready-made crust. Three of the best: 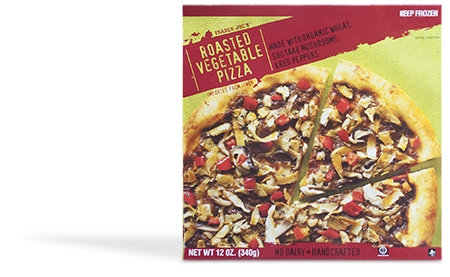 No cheese? No problem.

Adding Veggies to Your Pizza? A Few Tips 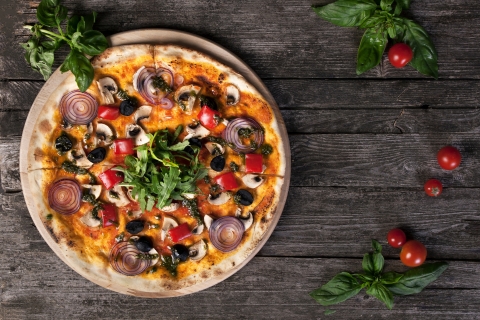