Here is a list of gluten-free foods for new celiacs and the gluten-intolerant. 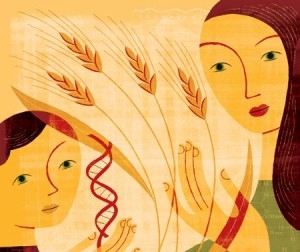 Think of all the ways that celiac disease can make itself known—chronic fatigue, infertility, a skin rash called dermatitis herpetiformis, or nervous system problems like nerve damage or a loss of muscle coordination called ataxia.

It can also show up as bone problems like premature osteoporosis or osteomalacia, which is a softening of the bones due to lack of vitamin D, or as severe joint problems called arthralgias.

And studies suggest that some people who don’t have the disease still can’t tolerate gluten. So we’ve put together a list of gluten-free foods for anyone on a gluten-free diet.

We spoke with Joseph Murray, a gastroenterologist and professor of medicine at the Mayo Clinic in Rochester, Minnesota. He is also a senior associate editor of the American Journal of Gastroenterology and president of the North American Society for the Study of Celiac Disease.

Before we get to our list of gluten-free foods, what exactly is celiac disease? Dr. Murray tells us that if you have a genetic predisposition, your T cells—T lymphocytes—start to see gluten as an enemy. Think of your body’s immune system as the FBI. Once it sees gluten as an enemy, it sets up what we call a memory response.

“It’s like the TSA watch list for people who fly. Once you’re on it, it’s very hard to get off. Once you’re tagged by the immune system, you’re tagged forever. You can go off gluten for a year, and your intestine can heal, but once it gets gluten back, bam, here it comes again.”

If you have celiac disease and you keep eating gluten, the damage accelerates and you get chronic inflammation. And the body produces cytokines, or chemical messengers, from the inflammation that make people feel crummy. They may not even point to their gut, which is where the problem is coming from. They just say, “I feel terrible.”

The inflammation starts to recruit other players, and soon you’ve got a ruckus going on in the intestine. Eventually, it damages the lining of the intestine and your ability to absorb nutrients.

For people with Celiac disease, there is, fortunately, still a list of gluten-free foods that includes a cornucopia of delicious options. Yes, there are a lot of foods to avoid, but many gluten-free foods are quite healthy, too.

And unless they’re contaminated by wheat during processing, here are a few more healthy gluten-free foods:

There are also a lot of wheat substitutes available, and all can be substituted in a lot of baking recipes.

We have a list of gluten-free foods that are healthy and nutritious, but eating gluten-free isn’t always healthy. Companies market gluten-free versions of cakes, cookies, brownies, doughnuts, muffins, granola bars and other junk.

But millions of others avoid gluten (a protein in wheat, barley, and rye) because they think it might help them lose weight or have less GI distress, or because, as the woman in a New Yorker cartoon explained to a friend, “I have no idea what gluten is, either, but I’m avoiding it, just to be safe.”