The latest on how to avoid stomach cancer

The three most important lifestyle factors that matter. 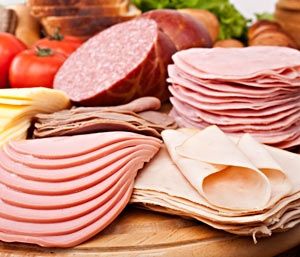 Until the late 1930s, stomach cancer was the leading cause of cancer death in the United States. So much for the “good old days.”

The incidence of stomach has plummeted here since then. (But it’s still a big problem in developing countries.)

Several reasons have been proposed for why it’s fallen here. One is that the increased
use of refrigeration since the 1930s has made fresh fruits and vegetables with vitamin C more available and has decreased the use of salted and smoked foods.

Others suspect that the frequent use of antibiotics (which became available beginning in the late 1930s) to treat infections also killed the Helicobacter pylori (H pylori) bacteria which is believed to be a major cause of stomach cancer.

Stomach cancer hasn’t gone away entirely. The American Cancer Society estimates that more than 26,000 people in the United States will be diagnosed with this cancer in 2016.

Most will be 65 and older. The average age at diagnosis is 69.

Most will be men. Men are almost twice as likely to get stomach cancer as women.

And nearly 11,000 will die from it this year. Survival rates are not great if the cancer isn’t diagnosed early.

What you can do

The American Institute for Cancer Research says there are some steps you can take to cut your risk of getting stomach cancer. This nonprofit group based in Washington DC regularly convenes the world’s top experts to review the scientific research on what lifestyle factors can prevent various cancers — or can increase the risk of cancer.

AICR has just released their evidence-based conclusions about stomach cancer. Here are the three things it found that you can do to lower your risk of stomach cancer:

Avoid processed meats. There is strong evidence that meat that has been preserved by smoking, curing or salting, or by the addition of preservatives like nitrites increases the risk. Some examples: bacon, ham, bologna, hot dogs, and some sausages.

Lose (or don’t gain) excess pounds. There is strong evidence that people who are overweight or obese have a greater risk.

Limit alcohol. There is strong evidence that consuming approximately three or more alcoholic drinks per day increases the risk.

The AICR report found some evidence that eating grilled, broiled, or bar­becued meat or fish or eating too little fruit will also increase stomach cancer risk, but the evidence wasn’t convincing enough to make recommendations.

According to the National Cancer Institute, the following symptoms may occur in the early stages of gastric cancer:

Of course, these symptoms may be caused by many other conditions and don’t necessarily indicate stomach cancer. That may help explain why so few cases are diagnosed early.

Find this article about healthy eating interesting and useful? Nutrition Action Healthletter subscribers regularly get sound, timely information about staying healthy with diet and exercise, delicious recipes, and detailed analyses of the healthy and unhealthy foods in supermarkets and restaurants. If you’re not already subscribing to the world’s most popular nutrition newsletter, click here to join hundreds of thousands of fellow health-minded consumers.