Is kava the antidote for anxiety? 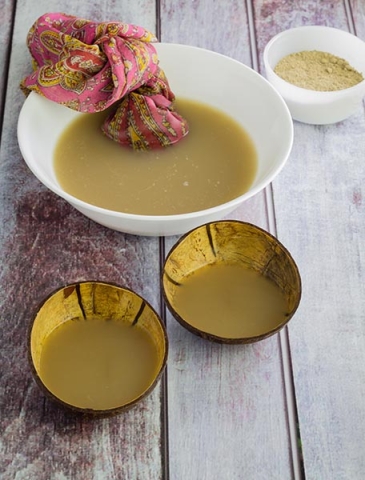 Kava is all the rage right now. But is there evidence that it actually quells anxiety? And could there be a downside?

“Kava root has a long history of use in Polynesia for its mild sedative effects,” says Craig Hopp, an expert on medicinal plants at the National Center for Complementary and Integrative Health.

“But that’s very different from how people are using it today. Kava bars serving kava drinks have sprung up, and you can get kava as a dietary supplement.”

Researchers are testing kava as a treatment for anxiety.

In the best study, which was funded by a kava distributor, 58 Australian adults with generalized anxiety disorder were randomly given a placebo or 120 milligrams a day of kavalactones (kava’s active ingredient) for six weeks. They each got a double dose if their anxiety didn’t drop after the first three weeks.

That difference is about what researchers see in studies of some anti-anxiety prescription drugs, though the drugs have been tested in far more people.

“There hasn’t been a large, definitive clinical study that can say for sure that kava effectively treats anxiety,” says Hopp.

What’s more, he adds, “you can’t recommend kava without reservation.”

Roughly 20 years ago, scattered reports that kava could cause liver toxicity led to bans in Canada and some European countries. Most have since been lifted.

While “those cases were low relative to the number of people taking kava,” Hopp notes, scientists don’t know if something in the concentrated kava extracts in supplements could harm the liver or if kava could magnify the impact of alcohol or some medications on the liver.

Whole Foods voluntarily puts a warning on its kava supplement based on a 2002 FDA advisory.

So it’s best to proceed with caution.

“Traditionally, kava wasn’t consumed as a supplement, and it wasn’t consumed every day,” notes Hopp. “Polynesians didn’t have their religious ceremonies at 5 o’clock on their way home from work.”

The Bottom Line: There’s not enough evidence to know whether kava curbs anxiety.

The information in this post first appeared in the June 2018 issue of Nutrition Action Healthletter.