Hydration 101: How much water do you need? 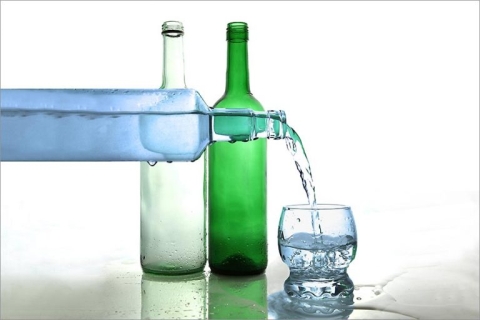 How much water do you need?

“You’d think we’d have a one-­sentence answer,” says Colleen Muñoz, assistant professor of health sciences at the University of Hartford. “But it’s much more complicated.”

The usual advice to drink eight 8 oz. glasses of water a day—the 8-by-8 rule—seems daunting. But it was never about water alone.

“The National Academy of Medicine now recommends about 9½ cups a day for women and about 12 cups a day for men,” notes Sam Cheuvront, a physiologist at the U.S. Army Research Institute of Environmental Medicine. “That includes all fluids: coffee, tea, juice, milk.” (It doesn’t include the two to three cups of liquid you’re likely to get from your food.)

In fact, that’s how much the average adult consumes (which influenced the Academy’s advice). Exception: people over 70 average only about 7 cups a day.

But the advice is just a rule of thumb. How much you need depends on how much you lose.

Heat or exercise. Heat or physical activity boosts your fluid needs. “It’s not just sweat,” says Cheuvront, who notes that his views are not official U.S. Army or Defense Department policy. “Heat or exercise also increases the water that’s lost through breathing and the water that evaporates from the skin.”

Diet. “If you eat a lot of salt or protein, your kidneys need more water to excrete the excess,” says Cheuvront. “So the more meat and high-sodium restaurant food and processed foods you eat, the more water you need.

In one study (funded by an industry- backed foundation), researchers randomly assigned 59 young men to get roughly 450, 225, or 0 milligrams of caffeine per day. (A Starbucks grande Pike Place Roast has around 300 mg.) After five days, “there was no difference in hydration markers measured over 24 hours,” says Muñoz.

Alcohol. “Alcohol turns down a hormone that tells the kidneys to retain fluid,” Muñoz explains, so it’s a diuretic. “If you drink alcohol, try to drink more water than you normally would,” she suggests.

Older age. “To say that we don’t have a good understanding of hydration needs in older people is an understatement,” says Muñoz.

But some changes are well documented, she notes. For example, “older people aren’t able to concentrate urine as well.” That means more trips to the bathroom.

What’s more, the sensation of thirst gets weaker in older people, so they don’t always realize when they need to drink fluids.

“And older adults are often taking a variety of medications that increase or decrease their fluid needs,” adds Muñoz.

How can you tell if you’re getting enough fluid?

Urine color isn’t a perfect measure of hydration, but it’s useful. The sweet spot, says Muñoz: “the color of lemonade.” (If your urine is colorless, you could be overhydrated.)

For a more systematic approach, you can check what Cheuvront calls the WUT criteria first thing in the morning:

“If two of these criteria are present, it’s likely that you’re not getting enough water,” says Cheuvront. “If all three are present, you’re almost definitely dehydrated.”

The information in this post first appeared in the September 2018 issue of Nutrition Action Healthletter.