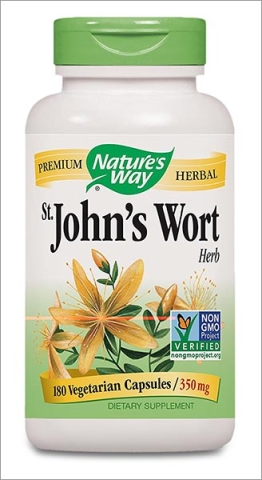 It’s not only certain foods that can spell trouble

One of the worst offenders: St. John’s wort.

A phytochemical in the herb ramps up the cytochrome P450 3A4 (CYP3A4) enzyme. (That’s the opposite of what grapefruit does to the enzyme.) That spurs the breakdown of many drugs.

“And it’s a double whammy,” he adds. That’s because the herb also steps up the activity of a drug transporter called P-glycoprotein, or P-gp.

“Think of P-gp as a sump pump,” says Asher. “It actually clears stuff out of the cell.” With both CYP3A4 and P-gp working overtime, “you get lower drug levels.”

One of the best-known interactions: oral contraceptives. Taking birth control pills with St. John’s wort makes them less effective. And that raises the risk of an unintended pregnancy.

St. John’s wort also dampens the effect of some drugs for cancer, depression, organ transplant, HIV, and heart failure, among others.

“So the safest advice is to avoid taking St. John’s wort if you also take other medications,” says Asher. (St. John’s wort may be okay with some drugs, he acknowledges, but it requires expertise to find out.)

Other supplements, including goldenseal, kava kava, and concentrated garlic or green tea, may also affect some meds.

So tell your doctor or pharmacist if you take a supplement in addition to prescription or over-the-counter medications.

Otherwise, says Asher, “a provider can’t even begin to evaluate your risk.”

This article and these links don’t replace medical advice. Always check with your provider or pharmacist.

Interactions: Type in the meds or supplements you take at drugs.com and see if any have potential interactions.

Medications & supplements: Learn how to take them, side effects, potential interactions, etc., at medlineplus.gov.

The information in this post appeared in the April 2018 issue of Nutrition Action Healthletter.