How important is meal timing? 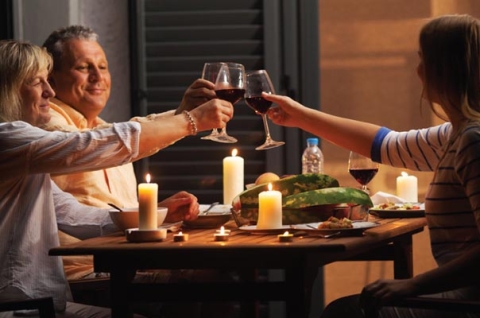 “You are when you eat,” declared NBCNews.com in January.

“A growing number of researchers say limiting the hours during the day when you eat, focusing more on the timing of meals instead of calories, can help dieters burn more fat, improve their health and lose weight.”

In one study, 156 adults used a smartphone app to track what and when they ate or drank for three weeks.

“People ate around the clock,” says Marie-Pierre St-Onge, associate professor of nutritional medicine at the Columbia Irving University Medical Center, who led a panel of experts convened by the American Heart Association to examine meal timing.


How might a shorter eating window help people lose weight?

“It hasn’t been studied extensively,” says St-Onge. “But a big part is that it probably helps people cut calories.”

In the smartphone study, people met their calorie needs by about 6:30 p.m. “After that, you’re just tacking on extra calories,” says St-Onge.

What happens when people eat the same number of calories within a short or a long eating window?

To find out, researchers fed eight overweight men with prediabetes all their food during either a six-hour or a 12-hour window, starting at their usual breakfast time (between 6:30 and 8:30 a.m.).

After five weeks on each eating plan, weight loss and fasting blood sugar levels were no different.

However, the men were more insulin- sensitive and their blood pressure was roughly 10 points lower on the six-hour window plan. And they had less “desire to eat” in the evening, even though they had to stop eating by 2:30 p.m. at the latest.

“The results are interesting from a scientific perspective, but on a public health scale, it’s not practical,” says St-Onge. “Most people want to eat dinner with their family.”

Would a six-hour window later in the day work as well?

No one has looked. But a few studies have pitted early-in-the-day against late-in-the-day eating.

In another study, Iranian scientists randomly assigned 69 women who had overweight or obesity to eat 50 percent of their calories at lunch and 20 percent at dinner or vice versa. Both groups were told to divide their remaining calories between breakfast and snacks, to cut calories and fat, to eat more vegetables and fruits, and to work toward an hour of exercise five days a week.

Three months later, the “big lunch” group had lost more weight (about 12½ pounds) than the “big dinner” group (about 9½ pounds). And insulin resistance improved more in the big lunch group.

“Our organs secrete hormones at various times of the day,” explains St-Onge. “If you’re not eating in line with those hormones, you could be feeding your body calories at a time when it’s less receptive to them, which may lead to metabolic disorders.”

But a handful of studies isn’t much. “Research on meal timing is still in the early stages,” says St-Onge.

The Bottom Line: Eating light in the evening may make you less insulin-resistant and might help you shed more pounds.