How Big Soda is Paying Scientists to Confuse the Public

Coca Cola-funded researchers say don't believe that eating and drinking too many calories is the cause of the obesity epidemic. Here's the truth about big soda research. 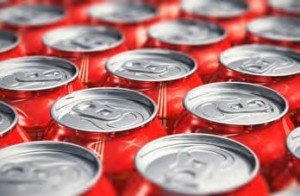 Coca Cola-funded researchers say don't believe that eating and drinking too many calories is the cause of the obesity epidemic. Here's the truth about big soda research.

Borrowing a page from Big Tobacco’s playbook, Coca-Cola has quietly funded the formation of a new nonprofit organization of scientists who downplay the role that excessive calories play in the world’s obesity epidemic.

The big soda producer donated $1.5 million to start the organization, called the Global Energy Balance Network, and registered its website, www.gebn.org, according to an exposé in The New York Times.

In a video to “get the right information out,” Steven Blair, the group’s co-founder, claims that “there’s really virtually no compelling evidence” that overeating is the cause of the global obesity epidemic. More emphasis should be focused on energy expenditure, the group says, implying that we shouldn’t worry so much about the sugar and calories in Coke’s products.

Blair is a professor of Exercise Science at the University of South Carolina. He has received more than $3.5 million from Coca-Cola since 2008 to pay for his big soda research projects, according to The Times. Co-founders James Hill, of the University of Colorado School of Medicine, and Gregory Hand, of the West Virginia University School of Public Health, have also received Coca-Cola funding.

What do most scientists believe

Most scientists believe that while physical activity is important for maintaining a healthy weight, the calories we consume has a far greater impact.

The new group’s Facebook and Twitter pages do not mention Coca-Cola’s support and its website failed to disclose Coca-Cola’s involvement until a Canadian physician inquired about the group’s funding. (The website now lists the company last in a list of donors.) The Facebook page emphasizes that GEBN is a nonprofit organization.

In a letter to The Times, a group of 36 prominent scientists, doctors, and public health advocates blasted GEBN for peddling “scientific nonsense.”

Sugar drinks were long considered to be causes of tooth decay—and that was reason enough to stop drinking them, or at least cut way back. If you (or your friends and family members) need more reasons to drink less soda pop, consider that over the past 15 years, sugar drinks have also been shown in scientific studies to promote obesity, diabetes, and heart disease.

The mass of evidence has been sufficient for the current 2010 Dietary Guidelines for Americans, the basic nutrition policy of the United States, to recommend that people cut back on sugar drinks. The advisory committee that is guiding the government’s preparation of the new 2015 Dietary Guidelines made strong recommendations to reduce the consumption of sugar, including that people should consume no more than 12 teaspoons a day (a couple of teaspoons more than what’s in a 12-ounce soft drink).

The committee also recommended that the amount of “added sugars” (not the sugars found naturally in foods like apples and sweet potatoes) be listed on Nutrition Facts labels in terms of both grams (which most people don’t understand) and teaspoons (which everyone understands). (If you think that’s a good idea, you should submit a comment to the Food and Drug Administration, because that agency is considering at this very moment how to label added sugars.)

The scientific studies that have indicted soft drinks as a major cause of obesity and other health problems have generated a huge amount of bad publicity for big soda companies. That has led to a historic 25 percent decline in consumption of carbonated sugar drinks (including energy drinks), according to data from Beverage Digest, a trade publication.

If you want to make one simple change to improve your diet and your health, consider giving up sugar drinks. Instead, drink water or seltzer water or flavored seltzer water. In terms of calories, diet sodas are much better than soda pop, but they have artificial sweeteners, some of which appear to promote cancer. Fruit drinks are just as high in calories as soft drinks, so don’t consume too much of those either.