Heard that high-fat dairy foods are healthier than low-fat?

This is what happens when the media doesn't ask the right questions. 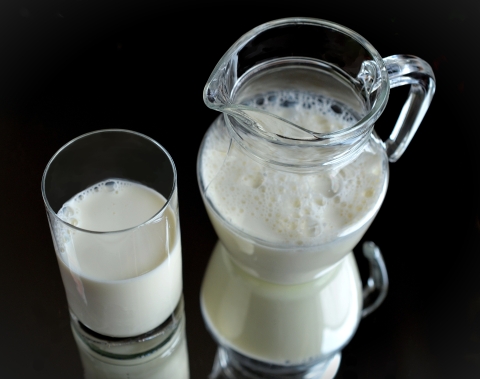 “The case against low-fat milk is stronger than ever,” announced Time magazine this spring.

“Some research suggests people who consume full-fat dairy weigh less and are less likely to develop diabetes, too,” the magazine-website declared.

Really? Based on what? Time’s evidence: a new study reported that people who had higher blood levels of fats found in dairy foods had a lower risk of diabetes.

But the question Time didn’t ask:

Did these people get their higher levels from eating full-fat dairy products? Is that what they were eating?

Guess what?  The researchers couldn’t tell because they didn’t ask.  For all they knew, the study participants could have been eating low-fat, not high-fat, dairy.

After all, “a large amount of dairy fat comes from lower-fat dairy products like 1 or 2 percent-fat milk, yogurt, and cottage cheese,” says Frank Hu, professor of nutrition and epidemiology at the Harvard T.H. Chan School of Public Health.

So maybe the study actually suggested the benefits, not the harm, of lower-fat dairy.

“You can’t simply generalize the results on the blood levels of those fats to the benefits of eating full-fat dairy,” Hu explains. You need to look at what people eat—not what’s in their blood—and when you do that you get a much different story than the one Time spread.

Researchers recently examined 22 studies that tracked the diets of roughly 580,000 people for 3 to 30 years. The results contradict Time’s story.

“We didn’t find a lower risk of diabetes in people who drank more milk—whether it was high-fat or low-fat,” says Vasanti Malik, of the Harvard T. H. Chan School of Public Health.

“The major finding was that eating yogurt was linked to a lower risk of diabetes.”

Malik and Hu got similar results from an earlier meta-analysis. (A meta-analysis combines similar smaller studies into one large study that helps researchers see the big picture.)

“We found no suggestion whatsoever that high-fat dairy is beneficial for prevention of diabetes,” says Hu. And another meta-analysis found a lower risk only with low-fat dairy.

When researchers feed people high-fat instead of low-fat dairy, their insulin doesn’t start to work more effectively. That’s a sign that the high-fat dairy doesn’t help with diabetes.

Malik and Hu looked at 29 trials on 2,100 people. “We found no long-term benefit of dairy foods on weight loss,” says Malik. “Many industry-funded studies show a loss, but non-industry studies show no impact.”

A cup of full-fat ice cream like Häagen-Dazs could run you 500 to 600 calories—about twice what you’d get in a lower-fat Breyers or Edy’s.

“Some people claim that fat may decrease hunger and reduce the consumption of calories, but that’s based on a hypothesis, not on evidence,” says Hu.

His big concern: the saturated fat in full-fat dairy increases the risk of heart disease.

“A healthy dietary pattern like a Mediterranean or DASH diet is low in saturated fat,” says Hu. “There is no good evidence to recommend full-fat dairy.”

So much for “The case against low-fat milk is stronger than ever.”

Find this article about dairy foods interesting and useful? Nutrition Action Healthletter subscribers regularly get sound, timely information about staying healthy with diet and exercise, delicious recipes, and detailed analyses of the healthy and unhealthy foods in supermarkets and restaurants. If you’re not already subscribing to the world’s most popular nutrition newsletter, click here to join hundreds of thousands of fellow health-minded consumers.