When it comes to taste, veggie meats range from “yummy” to “yuck.” 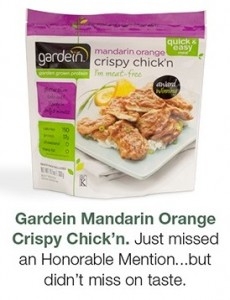 Imitation meats have been around at least since  1896. That’s when John Harvey Kellogg created “Nuttose” mostly out of peanuts. In 2013, Dutch researchers unveiled the first “cultured beef,” grown largely from cow muscle cells. Does that mean that meat might someday be made without killing animals and with far less greenhouse gas emissions and wasted water? Stay tuned.

In the meantime, here’s what to look for if you want the best imitation burgers, crumbles, meatballs, nuggets, and strips, as well as similar products that don’t try to be imitations.

Seek out less sodium.  The toughest nut to crack in the veggie “meat” world—other than replicating the taste and texture of meat, poultry, or seafood—is keeping a lid on salt. It’s not unusual to find 500 milligrams of sodium (a third of a day’s worth) in a roughly 3 oz. serving of veggie meat that has just 100 to 200 calories. Few have less than 200 mg. Check the protein. You’d get around 20 grams of protein in a 3 oz. beef burger. (That’s what the meat in a McDonald’s Quarter Pounder weighs.) A serving of veggie meat typically ranges from 5 grams of protein to 20 grams. Some brands (like Beyond Meat) are reliably at the high end, while others (like Gardenburger) are consistently at the low end.

In general, patties that are trying to taste like beef (like Boca All American Flame Grilled or MorningStar Grillers Prime) or chicken have more protein than vegetable-grain-bean patties that don’t give a hoot about mimicking meat. It comes down to how much protein (soy, pea, and/or wheat gluten) the company adds.

How much protein do you need? Many experts advise older people to get more than the Daily Value (50 grams) to prevent muscle loss. To calculate that higher target, divide your weight in half. (If you weigh  120 pounds, that means shooting for 60 grams of protein a day.) If you typically don’t eat much meat, poultry, or seafood, look for veggie meats with at least  10 grams of protein per serving. Avoid bad fats. Who needs the 6 grams of saturated fat (about a third of a day’s worth) in a 3 oz. beef burger? Nearly all veggie meats are low in sat fat, which raises LDL (“bad”) cholesterol. Few reach even 2 grams. (Exception: most burgers from Hilary’s Eat Well contain enough coconut oil to hit 5 or 6 grams of sat fat.) Instead of saturated fat, some veggie meats—usually those made with canola, corn, or soybean oil—have more polyunsaturated fat, which lowers LDL.

Taste around. When it comes to taste, veggie meats range from “yummy” to “yuck.” Our advice to newcomers: start with MorningStar or Gardein. They were the most reliable in the taste department when we tested a lot of these products.