The Fastest Growing Cause of Cancer Death

What to Drink to Lower Your Risk of Liver Cancer 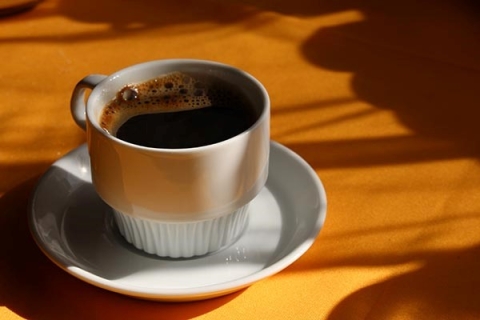 Liver cancer is the fastest-growing cause of cancer deaths in the United States, according to new data from the American Cancer Society.

About 41,000 new cases of liver cancer are expected to be diagnosed this year and 29,000 people to die of the disease.

Liver cancer is now the fifth-leading cause of cancer death in men and the eighth-leading cause in women. Only one in five patients survives five years after a diagnosis.

Cases of liver cancer have been rising since the min-1970s, with no end in sight. Men are three times more likely than women to be diagnosed. Death rates have doubled since the mid-1980s, the fastest increase of any cancer, according to the Society.

You have a higher risk of liver cancer if you:

A key reason for the liver cancer surge is a higher rate of hepatitis C virus infection among baby boomers. Among people born between 1945 and 1965, 2.6 percent have hepatitis C, a rate six times higher than among other adults.

“But obesity is becoming a more important risk factor in the United States,” says the National Cancer Institute’s Christian Abnet.  Obesity leads to non-alcoholic fatty liver disease. When the body runs out of room to store excess calories, the fat tissue spills over into muscles and the liver, where it doesn’t belong.

“It’s thought that this intra-organ fat can lead to inflammation,” explains Abnet. And inflammation may set the stage for tumors.

Alcoholic fatty liver disease also raises the risk of cancer, which seems to kick in largely among heavy drinkers. “Most of the data suggest that when people get to three drinks a day, that’s when they start to see adverse effects,” Abnet notes.

One potential new ally in the fight against liver cancer 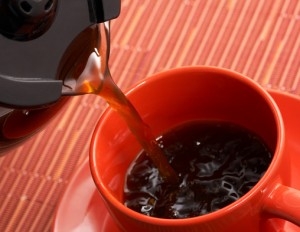 Coffee. In a recent study that pooled the results of 9 observational studies tracking more than 1.2 million people in the United States, those who drank three or more cups of coffee a day had a 27 percent lower risk of liver cancer than those who didn’t drink coffee at all. The correlation was stronger for regular coffee than for decaf.

“And in a 2009 study of people who had failed traditional therapy for hepatitis C,” says Abnet, “liver disease was less likely to progress in people who drank at least three cups of coffee a day.” That’s not much more than one venti at Starbucks.

“There’s pretty good evidence that both decaf and caffeinated coffee can lower the risk for type diabetes,” notes Abnet.“Something in coffee may reduce inflammation.”

Find this article about preventing cancer interesting and useful? Nutrition Action Healthletter subscribers regularly get sound, timely information about how nutrients can affect their health. They also receive science-based advice about diet and diabetes, heart disease, cancer, osteoarthritis, and other chronic diseases; delicious recipes; and detailed analyses of the healthy and unhealthy foods in supermarkets and restaurants. If you’re not already subscribing to the world’s most popular nutrition newsletter, click here to join hundreds of thousands of fellow health-minded consumers.