Digestive balance may be a key to your overall good health. 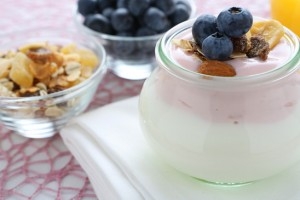 Digestive balance may be a key to your overall good health.

Many probiotics—so-called “good bacteria”—promise to improve your gut bacteria by repopulating your intestines, by crowding out “bad bacteria,” or by restoring some kind of “digestive balance” to your intestinal flora. That may be an oversimplification.

“We’re looking at trillions of microbial cells already in your intestinal tract,” says Lita Proctor. “If you take a probiotic, whether it’s a pill or a food product, the amount of microbes that you ingest and that survive and end up in your gut is so infinitesimal that you can’t say that they overgrow the system or outrun the other microbes.”

Probiotics may work in other ways, though, says Yale expert Martin Floch. They may stimulate the immune system or produce antibacterial compounds that keep a lid on other bacteria.

Though more studies are needed, here’s the latest on two widely advertised probiotics in food.

The trick is identifying which probiotics can fix which problems. A bacterium’s name has three parts: the genus (like Lactobacillus), the species (like acidophilus), and the strain (like LA-5). Strains can differ in what they do even within the same species. And only a small number of strains are backed by decent evidence.

Among 126 Chi­nese women with constipation, those who ate 4 oz. of Dannon Activia with the probiotic Bifidobacterium lactis DN-173 010 every day for two weeks averaged about one more bowel movement a week than those who ate a placebo yogurt. They also reported “improved stool consistency,” according to the researchers. (The 2008 study was funded by the company.)

In 2010, Dannon promised the Federal Trade Commission that its ads wouldn’t claim that Activia relieves temporary irregularity or speeds food through the GI tract unless the ads explained that you’d have to eat three servings a day. Several earlier studies had hinted at improved transit time with the larger amount.

The studies pitted two servings a day of Activia against a placebo yogurt in healthy women (197 in Germany and 324 in France) with minor digestive complaints. Among the German women, a higher percentage of the Activia eaters (41 percent) than the placebo eaters (34 percent) reported improved “GI well-being.” But among the French women, there was no differ­ence between the two groups.

Bottom line: If Activia helps with any kind of GI distress, the benefit is modest.

Of all the probiotics that have been tested on colds and other infec­tions, the one with the most consistent evidence is L. casei DN-114 001, which is in Dannon’s probiotic drink DanAc­tive. But consistent doesn’t necessarily mean compelling.

Researchers gave two bottles a day of DanActive or a placebo drink to 360 Italians aged 60 and older for three weeks, to 1,072 French people aged 70 and older for 4½ months, and to 1,000 German shift workers aged 18 to 65 for three months. (The researchers looked at shift workers, who sometimes worked overnight, to see if L. casei could help people who are under stress.)

The Italian and French DanActive drinkers were no less likely to get sick than those who drank the placebo, but when they did, their illness averaged about one day less.

The German shift workers who consumed DanActive were about 25 percent less likely to get sick, but only if they were smokers. When the DanActive drinkers did get sick (whether they smoked or not), however, it was for just as long—and with just as severe symptoms—as the placebo drinkers.

The bottom line: Two bottles a day of DanActive contains 160 calories and costs about $480 a year. That’s a lot (of both) for something that you’d have to take every day to perhaps shorten a cold by one day.

Some probiotic supplements also have strains that may work:

If you’ve been diagnosed with bacterial vag­inosis, a probiotic like Femdophilus or RepHresh Pro-B (each contains live Lactobacillus rhamnosus GR-1 and Lactobacillus reuteri RC-14), in addition to an antibiotic, may help.

Taking antibiotics? Florastor or another brand of Saccharomyces boulardii may prevent diarrhea.

Not all bacteria are good bacteria

“The normal bacteria just didn’t exist in her.”

That’s how University of Minnesota gastroenterologist Alexander Khoruts described one of his Clostridium difficile patients to The New York Times. The woman had been crippled by constant diarrhea from C. diff for eight months and was confined to wearing diapers in a wheelchair. “She was colonized by all sorts of misfits,” noted Khoruts.

In the United States, the incidence and severity of C. difficile infections are on the rise. There are now half a million cases—and 15,000 to 20,000 deaths—each year.

The C. diff bacterium produces a toxin that disrupts the lining of the intestines and causes inflammation in the colon. Doctors typically treat severe cases with powerful antibiotics or by surgically removing the affected area of the colon.

But recently, some doctors have started to treat C. diff infections using a bold therapy with an icky name. “Fecal transplantation” means implanting bacteria from a healthy colon into a diseased colon (in an enema-like procedure). The idea is to get healthy bacteria to suppress the C. diff and end the infection.

In a recent review of 317 patients infected with C. diff, fecal transplants resulted in a 92 percent cure rate.

That’s what happened to Khoruts’ patient. Her diarrhea vanished within a day after the physician mixed a small amount of her healthy husband’s stool in a saline solution and inserted it into her colon. Two weeks after the transplant, her husband’s healthy microbes had taken over her lower intestinal tract and her C. diff infection disappeared for good.