Do the People Responsible for Foodborne Illnesses Ever Pay? 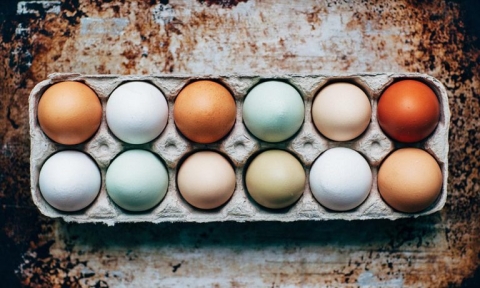 Stewart Parnell, the first food executive convicted of a federal felony in connection with a foodborne outbreak, has started serving a 28-year prison sentence while his case is on appeal. His brother, Michael, is serving a 20-year sentence.

Stewart Parnell owned the Peanut Corporation of America (PCA), whose Salmonella-contaminated peanut products (including butter and paste) killed at least nine people and sickened thousands in 2008 and 2009.

“I am dumbfounded by what you have found,” he wrote to one of PCA’s customers, a company that discovered Salmonella in PCA’s peanut products, according to the indictment.

“We run Certificates of Analysis EVERY DAY with tests for Salmonella and have not found any instances of any, even traces, of a Salmonella problem.”

In fact, PCA often shipped peanuts or peanut paste with phony certificates before even analyzing them. Upon hearing that a shipment would be delayed because Salmonella test results weren’t yet available, Parnell wrote “Just ship it. I cannot afford to loose [sic] another customer.”

And two Iowa egg producers (Peter and Jack DeCoster) were sentenced to three months in prison after pleading guilty to selling eggs contaminated with Salmonella. The eggs were distributed nationwide and sickened as many as 56,000 people in 2010.

In July, Peter DeCoster started serving his sentence in Minnesota. His father, Jack, will serve his term at a federal facility in New Hampshire.

“It’s great to have penalties for misconduct, but the real solution is to catch these things before they happen,” food safety attorney and advocate Bill Marler told The New Yorker in 2015.

Find this article interesting and useful? Nutrition Action Healthletter subscribers regularly get science-based advice about diet and diabetes, heart disease, cancer, osteoarthritis, and other chronic diseases; delicious recipes; and detailed analyses of the healthy and unhealthy foods in supermarkets and restaurants. If you don’t already subscribe to the world’s most popular nutrition newsletter, click here to join hundreds of thousands of fellow health-minded consumers.