Do any moisturizers or creams get rid of wrinkles? 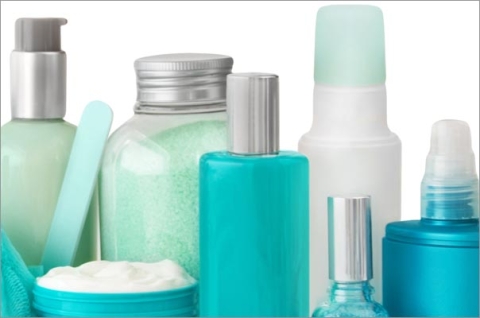 “Rejuvenate.” “Restore.” “Brighten.” Skincare companies use vague buzzwords to imply that their elixirs, potions, and serums are the fountain of youth.

Here’s the evidence for which products do—and don’t—work.

“A lot of my older patients complain of dry, itchy skin,” says University of Michigan dermatologist Erica Stevens. That’s because skin loses its volume over time, so it gets thinner and drier.

“But moisturizers don’t smooth out wrinkles,” she notes. “They just get rid of dryness and flakiness, which can make the skin look nicer.”

Don’t count on most ingredients that are added to moisturizers to banish wrinkles, either:

Her bottom line? “Use anything you like that feels good on your skin. There’s no reason to pay $100 for a moisturizer when you can use something basic from CVS.”

While moisturizers may not smooth out wrinkles, you’re not out of luck.

In 1995, the Food and Drug Administration approved creams and lotions with tretinoin to lessen wrinkles and dark spots on skin. Tretinoin is a retinoid, one of a class of compounds related to vitamin A (retinol).

“Most of the skin’s mass is collagen, a structural protein that acts as a scaffold,” explains Nimni.

Most people make less—and break down more—collagen as they get older. Even worse, “photo­damage creates an environment in the skin that causes the skin cells to make less collagen,” says Fisher. Retinoids override those signals.

Want to soften wrinkles? Try tretinoin, but use a moisturizer to avoid dryness and irritation.

But retinoids can cause dryness and irritation. If you want to try them, start by using a cream with a low concentration (like 0.025 percent tretinoin) just a few times a week, gradually increasing the frequency, says Stevens.

Retinoids also make the skin more sensitive to the sun. If you use a retinoid, apply it at night and wear a hat or use sunscreen during the day.

And don’t expect to look like you had a face lift. The results are subtle and take time.

“All of them are beneficial,” says Stevens. “Tazarotene causes more dryness and irritation, so I prescribe it less often than tretinoin. Adapalene is the least irritating and most readily available, since you don’t need a prescription, though it isn’t as potent as tretinoin.”

What about over-the-counter creams with retinol?

“Retinol is metabolized in our bodies to tretinoin, which activates the pathways that lead to the skin-based benefits,” explains Fisher. But you’d need far more retinol to have the same impact. “Tretinoin is about ten-fold more potent than retinol,” says Fisher.

The catch: over-the-counter creams don’t have to say how much retinol they contain. (They’re cosmetics, not drugs.)

“Some may have too little to be effective, and some may have high levels that can be irritating,” notes Fisher.

What about taking vitamin A (retinol) supplements? There’s no evidence that they help. And high doses can build up and eventually cause liver damage.

“Vitamin A acts on every cell in our bodies, so if you load up, you can run into trouble,” says Fisher.

For supplements and ingredients in moisturizers, serums, lotions, and creams that claim to have anti-aging properties: “There is unfortunately very little solid science and lots of pseudoscience about products to slow or reverse skin aging,” says Barbara Gilchrest, a dermatologist and photoaging expert at Massachusetts General Hospital. “Tried and true: sunscreens and tretinoin.”

The information in this post first appeared in the November 2018 issue of Nutrition Action Healthletter.