The CR Diet Truth: Will Calorie Restriction Prolong your Life?

A calorie restriction diet, or CR diet, may offer the benefit of a longer life, but is it worth it? 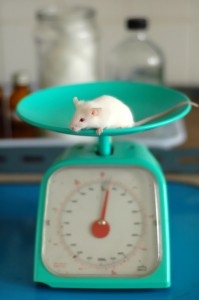 A calorie restriction diet, or CR diet, may offer the benefit of a longer life, but is it worth it?

“We’ve known for a long time that if you reduce the calorie intake of rats or mice, they live much longer,” says Mark Mattson, chief of the laboratory of neurosciences at the National Institute on Aging (NIA) in Baltimore.

What if you’re human? In the first good study in normal-weight or slightly over­weight (but not obese) people, researchers asked roughly 150 men and women to consume 25 percent fewer calories at each meal than they needed to maintain their weight, and 75 similar people to follow their normal diet, for two years.

The calorie cutters managed to eat 12 percent fewer calories, and they lost 10 percent of their body weight. That may explain why their blood pressure was lower and their insulin worked better than those who ate their normal diets.

“They lowered their risk factors for heart attack, stroke, and diabetes,” says Eric Ravussin, director of the Nutrition Obesity Research Center at the Pennington Biomed­ical Research Center in Baton Rouge, Loui­siana. The study hasn’t yet been published.

Why didn’t the calorie cutters cut more? “Eating less than you would like to every day is a struggle,” says Ravussin. “Some people can do it, but many cannot.”

Cutting calories only on some days may be easier

Calorie restriction doesn’t have to happen every day.

“There’s the alternate-day modified fast,” says Ravussin. “Every other day you eat only one meal with maybe 30 percent of your normal daily calorie intake.”

And there’s the 5:2 diet, in which you eat a normal diet five days of the week, and only 30 percent of what you would normally eat on the other two days.

“Whichever it is, you have to make sure you don’t overeat on the normal days,” cautions Ravussin.

So far, intermittent fasting shows prom­ise in both animals and people. “Laboratory animals that get no food at all on alternate days live about 30 percent longer than animals that eat their regular diets every day,” says Mattson.

In humans, the 5:2 plan seems to hold an edge over fasting every day.

In two of the best studies, Mattson and colleagues divided 166 overweight middle-aged women into two groups. Both were told to cut calories by 25 percent—one by trimming the calories in each meal, the other by following a 5:2 plan.
In both studies, the women were told to eat a high-protein “Mediterranean-type” diet with fruits, vegetables, whole grains, nuts, seafood, and olive oil, and only moderate amounts of dairy, poultry, eggs, and lean red meat.

In each study, both calorie-cutting groups lost about the same weight. “But insulin resistance declined more in the 5:2 groups than in those who cut calories daily,” says Mattson. And in the three-month trial (the other trial lasted six months) the women on the 5:2 regimen lost more body fat.

Why did the 5:2 dieters do better? They were more likely to stick to their plan. “And on the two days that they ate only 500 to 600 calories, their metabolism shifted to burning fat,” says Mattson.

Middle-aged rats, after being deprived of all food every other day for three months, lost 23 percent of their body weight and had better motor coordina­tion and cognitive skills than similar rats who could eat all they wanted. One possible reason: “Intermittent fasting increases brain levels of a protein that stimulates the growth of new brain cells and the connections between them,” says Mattson.

“We think what’s happening is that when you’re hungry, your brain cells are more active so you can figure out how to find food,” he explains. “During evolu­tion, those who were able to figure out how to get food were the ones who survived.”

Today, our brain cells may respond in a similar way when we’re hungry. Intermittent fasting also seems to postpone dementia, at least in animals. In mice bred to show signs of Alzheimer’s disease by middle age, eating only every other day delays the onset of dementia by the human equivalent of about 10 years.

“That’s a big effect,” says Mattson. “But we’re nowhere near being able to say the same about humans.”

The bottom line: Cutting calories may not prolong your life, but it may lower your blood pressure and make your insu­lin work better.