Coconut Oil Myths Persist in Face of the Facts

Who doesn't want a miracle? 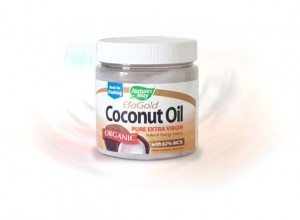 “Miraculous.” “Amazing.” “Life Saving.” Some people love coconut oil, the “virgin” oil kind made by puréeing coconut meat and gently heating it. And they love the myths about its health benefits. Too bad evidence is lacking for some of them.

Here are three of the biggest coconut oil myths and the facts.

The Facts: Dr. Oz thinks it can. He called coconut oil “the miracle fat that fights fat.” Yet the only study that tested whether it helps people shed pounds came up empty.

In 2009, a master’s degree student in Brazil gave 40 obese women either coconut oil or soybean oil and asked them to cook with two tablespoons of the oil every day. After three months, the women given coconut oil didn’t weigh any less—and had no smaller waists—than those given soybean oil.

That’s the only study. But it was all that Internet osteopath-salesman Joseph Mercola needed to shout about “The Amazing Oil That Trims Women’s Waistlines” on mercola.com, where he will happily sell you coconut oil by the barrel.

Myth: Coconut oil is good for the heart.

The Facts: Researchers haven’t looked at whether people who use coconut oil to replace other fats suffer fewer heart attacks or strokes.

But they have tested what coconut oil does to LDL (“bad”) cholesterol. “Raising LDL cholesterol clearly increases the risk of heart disease,” notes Dutch fats expert Martijn Katan, of the Vrije Universiteit Amsterdam.

New Zealand researchers this spring examined the results of eight clinical trials and 13 observational studies of coconut oil. The results: coconut oil raises LDL levels more than other vegetable oils, but not as much as butter does.

The weight of the evidence, they concluded, suggests that if you eat polyunsaturated vegetable oils like soybean and canola oils instead of coconut oil, you will lower your risk of developing cardiovascular disease.

Myth: Coconut oil can protect the brain from dementia.

The Facts: Not likely…despite Joseph Mercola’s claims that “four tablespoons of this ‘brain food’ may prevent Alzheimer’s.”

No good studies have tested whether coconut oil can prevent or treat Alzheimer’s or other dementias. What’s the basis of this coconut oil myth?

In Alzheimer’s, the brain loses its ability to use glucose, but it may still be able to use compounds called ketones. “And the liver can convert some of the fats in coconut oil called MCTs into ketones,” explains pharmacologist Alok Sharma, of MCPHS University in New Hampshire.

But that doesn’t mean that coconut oil or its MCTs can help with dementia, adds Sharma.

Consuming coconut oil doesn’t raise ketone levels in the brain high enough to counter the effects of Alzheimer’s, explains Richard Veech, a senior investigator with the National Institutes of Health.

Where does that leave us?

Coconut oil may be a delicious fat best used in moderation like most everything else, but there’s  little evidence that it’s an amazing, miraculous, brain-saving food.

This post was originally published in 2014 and is updated regularly.

Find this article about coconut oil interesting and useful? Nutrition Action Healthletter subscribers regularly get sound, timely information about staying healthy with diet and exercise, delicious recipes, and detailed analyses of the healthy and unhealthy foods in supermarkets and restaurants. If you’re not already subscribing to the world’s most popular nutrition newsletter, click here to join hundreds of thousands of fellow health-minded consumers.