Its Muscle-relaxing Effects May Soothe a Sensitive Gut 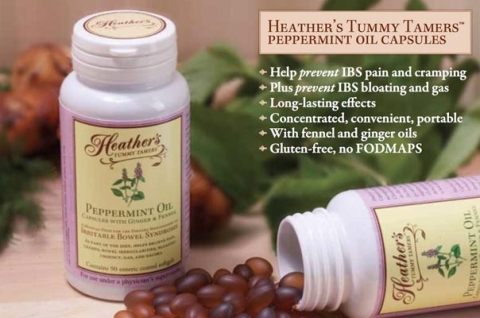 “Peppermint oil reduces abdominal pain by targeting specific pain receptors,” says Adrian Masclee, a professor of gastroenterology and hepatology at the Maastricht University Medical Center in the Netherlands. “It also seems to act as a muscle relaxant.”

But Masclee is skeptical that peppermint oil helps people with indigestion, as one industry-funded study reported.1 That’s because the study used enteric-coated capsules, which don’t release the oil in the stomach, where indigestion strikes. “If you encapsulate the peppermint oil, it will only be released in the small bowel,” he explains.

But Masclee doesn’t recommend uncoated peppermint oil capsules.
“Because peppermint oil has a muscle-relaxing effect, it may reduce the tone of the sphincter between the stomach and esophagus,” he says. “That can cause reflux in some people.”

More promising: a handful of randomized trials—most of them small, short, and sponsored by supplement makers—hint that enteric-coated peppermint oil may reduce pain and discomfort in people with irritable bowel syndrome.2

Masclee and his colleagues are enrolling people with IBS in a larger and longer study funded by the Dutch government. He expects results by 2019.

Bottom Line: The jury is still out on whether peppermint oil capsules work. If you want to try them, use enteric-coated capsules to avoid reflux.

Find this article interesting and useful? Nutrition Action Healthletter subscribers regularly get sound, timely information about staying healthy with diet and exercise, delicious recipes, and detailed analyses of the healthy and unhealthy foods in supermarkets and restaurants. If you don’t already subscribe to the world’s most popular nutrition newsletter, click here to join hundreds of thousands of fellow health-minded consumers.