If you're like most people, you can handle lactose. 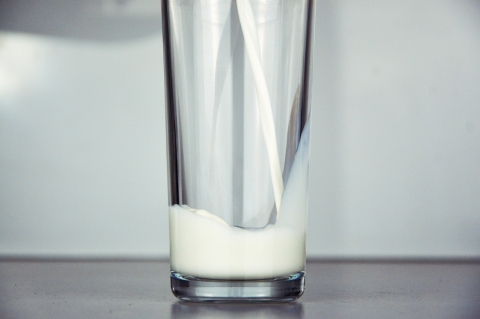 That number is likely an exaggeration, counters Purdue University’s Dennis Savaiano, who has been studying lactose intolerance for 35 years.

“Among those who think they’re lactose intolerant, the research shows that a significant portion—anywhere between a third and three-fourths depending on the group being studied—are really not,” says Savaiano. Some of his work has been funded by the dairy industry.

“When you give them lactose disguised in a beverage so they don’t know what they’re getting, they don’t show the signs of lactose intolerance. For whatever reason, they’ve come to believe that they can’t eat dairy foods, but in fact they can.”

What the research shows

For example, a 2006 meta-analysis conducted by Savaiano and his colleagues analyzed 21 studies that gave lactose and a placebo to adults of varying ethnic groups who thought they were lactose intolerant. The participants didn’t know when they were consuming the lactose or the placebo.

The result: the amount of lactose in a cup of milk, 12 grams, did not cause any more bloating, abdominal pain, diarrhea, flatulence, or bowel movements than the placebo did.

So, many people who believe they are lactose intolerant can consume dairy foods without digestive discomfort.

Lactose intolerance is the inability to adequately digest lactose, the sugar in milk. Infants and children have lactase enzymes in their small intestine that break lactose down into the simple sugars glucose and galactose, which are then absorbed into the bloodstream. If lactose isn’t digested in the small intestine, it passes into the large intestine, where it can draw fluid and produce gas, causing bloating and other discomfort.

Most people lose some or all of the ability to form lactase by the time they’re adults. But even if you’re an adult without lactase enzymes, the bacteria in your large intestine may still be able to digest lactose for you, says Savaiano.

“If you consume lactose regularly for a few weeks, a different metabolic capacity will develop in your colon as the microflora bacteria there adapt to digesting lactose,” he notes.

How to avoid symptoms

People who are truly lactose intolerant may be able to include dairy foods in their diet without symptoms, according to Savaiano, if they follow a few simple rules:

Yogurt has about 10 grams of lactose per cup (the yogurt’s bacteria help digest the lactose). A serving of hard cheese or cream cheese has a gram or less, while a half cup of cottage cheese or ice cream has 4 to 5 grams.

Why try to work dairy into your diet?

Find this article about dairy foods interesting and useful? Nutrition Action Healthletter subscribers regularly get sound, timely information about how nutrients can affect their health. They also receive science-based advice about diet and diabetes, heart disease, cancer, osteoarthritis, and other chronic diseases; delicious recipes; and detailed analyses of the healthy and unhealthy foods in supermarkets and restaurants. If you’re not already subscribing to the world’s most popular nutrition newsletter, click here to join hundreds of thousands of fellow health-minded consumers.